Although El Salvador’s economy has steadily grown over the past decade, a large proportion of the country’s population continues to live in poverty, and employment levels remain low. As is often the case, young people and women are particularly vulnerable to the socioeconomic situation.

Furthermore, despite decreases in homicide rates, the country experiences some of the highest crime levels of the world.

Regarding politics, El Salvador is in the wake of a dramatic change. Previous to the 2019 elections, contemporary politics were dominated by two parties: the conservative right-wing Nationalist Republican Alliance (ARENA), and the Farabundo Martí National Liberation Front (FMLN), which transitioned from a guerrilla movement to a leftist political party in 1980.

However, public dissatisfaction and disengagement from the political process in the run-up to the 2019 presidential elections opened space for new political allegiances. This led to the election of Nayib Bukele, who defeated the ARENA and FMLN parties by a wide margin. As a relative outsider in the political arena, Bukele does not enjoy a broad base of support in Parliament, which may lead to challenges getting bills approved.

Another of the biggest challenges for the new administration will be tackling corruption, as well as reducing friction between the judiciary, the one hand, and the presidency and Legislative Assembly, on the other hand. International observers allege corruption is on the rise in the country, and argue that work towards democratization and transparency is still essential for El Salvador’s development. In this context, President Bukele has vowed to stamp out corruption, and set up an International Commission against Impunity in the country.

NIMD’s work in El Salvador started in 2012. Since then, the programme has focused on supporting democratic reforms. This includes promoting the inclusion of underrepresented groups (particularly women and youth); supporting environmental and fiscal reforms; and improving linkages between local, national and regional political institutions.

NIMD helps women politicians build their capacities through intensive training courses. Women politicians from all political parties and from both the national and local levels participate. By providing new knowledge and skills, we hope to empower them to reach positions of political influence in a country where politics is still dominated by men. Find out more about the training we provide in El Salvador in the below video.

We also address the unwritten rules and practices that exclude women from participating in the political arena in the first place. We do this by conducting research on how to overcome these barriers (See: Political Participation of Women in Local Councils); training parties on gender-sensitive policy and legislation; supporting the work of the Parliamentary Women’s group; and training journalists on how to avoid gender bias in their reporting.

As part of this work, NIMD is proud to have contributed to drafting the National Action Plan for the implementation of UN Security Council Resolution 1325 on Women, Peace and Security in El Salvador, in collaboration with UN Women and Cordaid, and with the support of the Group of Friends of the R1325.

The National Action Plan has the potential to be a powerful tool to help the Government, multilateral organizations, and civil society to increase the inclusion of women in politics, and protect the rights of women and girls.

In El Salvador, as in many other countries, young people tend to shy away from a career in politics. As such, they are shut out from the possibilities that the political arena offers to positively influence important decisions about the future. When they do choose to participate, it is often difficult to access the knowledge and skills they need to advance in their political careers.

That’s why, in 2014, NIMD established a Democracy School to help young people from all El Salvador’s political parties prepare for their careers. Each year, the school provides a learning environment for 30 young leaders. The curriculum comprises 11 one-day training courses, in which the students will explore topics such as negotiation and dialogue, communications and political marketing, citizenship and democracy.

In addition to practicing democratic skills, the participants discuss democratic culture and values. Through sessions such as conflict management training, the Democracy School hopes to teach the young aspiring political leaders the skills they will need to make a lasting change towards peace and democracy in their country.

Based on a special request from youth civil society organizations, the El Salvador programme is now also providing training to members of these organizations. The training is designed to help them build the skills and knowledge they need to make an impact.

Lastly, NIMD supported the establishment of a Parliamentary Youth Caucus in 2018, by a former NIMD Democracy School student. The caucus brings together young parliamentarians from across the political spectrum to promote initiatives to benefit El Salvador’s youth. These include the Law for supporting Youth Entrepreneurship and a bill against sexual assault against children and teenagers.

As part of the El Salvador programme, NIMD also facilitates dialogue between civil society and political actors on issues related to the country’s future. For example, NIMD is supporting ongoing dialogue on possible electoral, fiscal, and environmental reforms.

The dialogue participants come from local, national and regional bodies. By bringing together these politicians to work across political divides, we have the opportunity to enhance the democratic consensus behind future reforms and make a lasting impact on the political culture of El Salvador.

Through our work in El Salvador, NIMD aims to strengthen the capacities of local and national democratic institutions such as the Supreme Electoral Tribunal and municipal councils.

For example, the system for electing municipal councillors switched from first-past-the-post to proportional representation in 2015, meaning that municipal councils are now made up of multiple parties. The new multiparty municipal councils brought a risk of polarization, increased conflict and a heightened tendency to defect. Faced with this risk, NIMD has been working alongside the councils to help them to cope with the change and constructively transform any conflicts.

As part of this work, NIMD has trained both municipal advisors and technical experts to facilitate dialogue and political negotiation within the councils. In addition, we have produced concrete tools, providing information and tips to help the councillors work together effectively in new setup: the Framework Proposal for the Internal Management of Multiparty Municipal Councils and the Guidelines for Dialogue and Negotiation for Multiparty Municipal Councils

Lastly, following the 2019 elections, NIMD El Salvador is involved in providing follow up to the recommendations of the EU Electoral Mission.

Through everything we do in In El Salvador, we are working towards a fair political system, where everyone has a voice, and parties adopt inclusive policies.

The 2019 electoral campaign also provided a good opportunity to do this. Like in many countries, much of the campaign took place on social media.

Since the Supreme Electoral Tribunal did not have the capacity to regulate the debate on social media, NIMD undertook a study to understand how the electoral campaign was rolled out across these platforms. Feeding back the results to the Tribunal has given it the information it needs to oversee future electoral campaigns.

Noting the rise of fake news across social media in the lead up to the elections, NIMD also ran a social media campaign on how to recognize fake news. This was designed to help the public access and identify unbiased information on their choices during the elections.

In addition, NIMD launched a number of social media campaigns during the electoral period. For example, the Más mujeres, mejor democracia (or “More women, better democracy”) campaign aimed to highlight the importance of women’s participation in decision-making roles. Through the campaign, NIMD worked to break down the stereotypes and prejudices faced by women in politics. This included advocating for equal representation of men and women in the next cabinet.

Lastly, we helped civil society organizations to connect with the presidential candidates. By making their voices and needs heard at a crucial time, these groups hoped to have an influence on the actions and policies of the future government. 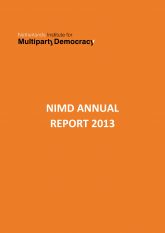 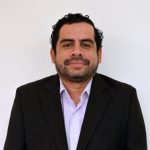 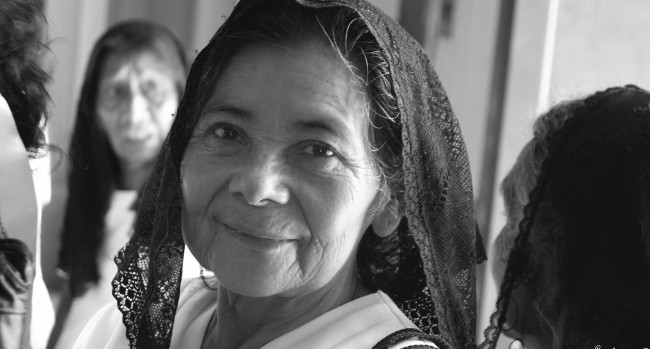