Home > News > More women, more democracy: A campaign against violence against women in politics in El Salvador
Back to overview 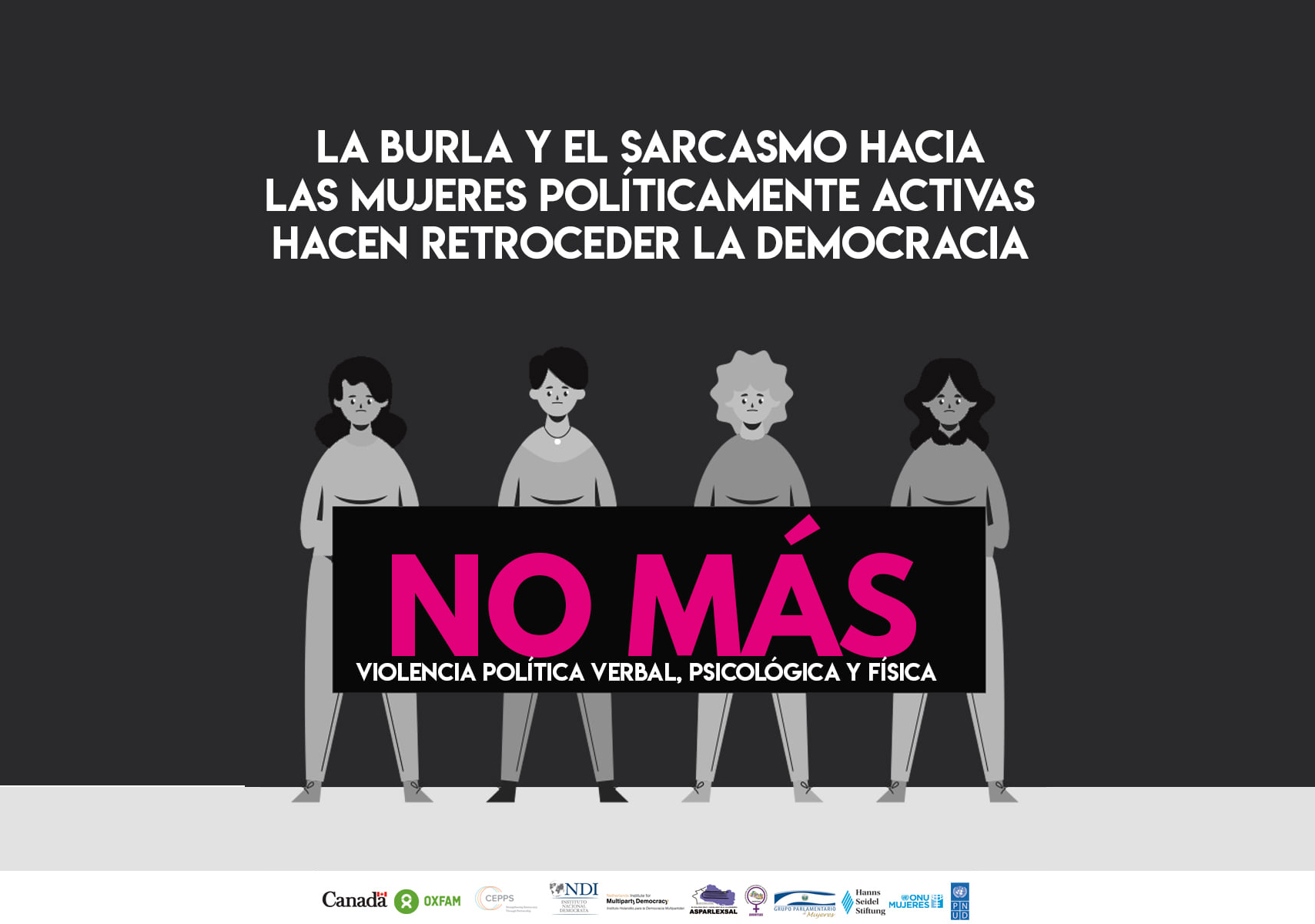 More women, more democracy: A campaign against violence against women in politics in El Salvador

Every year, from 25 November to 10 December, the World celebrates the 16 Days of Action against Violence against Women and Girls. It’s a time to envision a brighter future free from violence for all women and girls, and step up our collective action to make that future a reality.

As part of this, NIMD is shining a spotlight on violence against women in politics.

Through our series of articles, we explore the crucial importance of creating an environment which supports and protects women in politics, and how we are striving towards that reality in Latin America.

Our work in El Salvador

The campaign was a call to the public in general, and women in particular, to use their vote in the 2021 legislative elections to help tackle violence against women in politics.

Más Mujeres, Más democracia served as a stark call to action for voters. It called for change in a country where more than 80% of women MPs report experiencing psychological violence, and women MPs reported experiencing nearly twice as much exposure to torture, ill treatment and acts of violence than men. 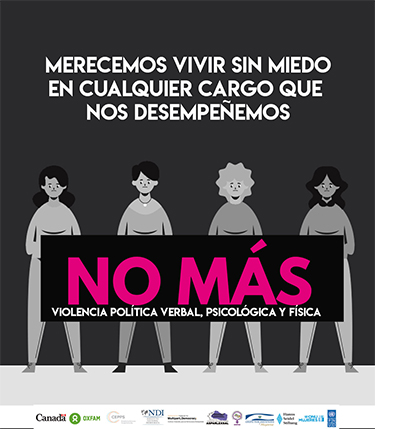 Firstly, through its slogan “No más violencia política, verbal, psicológica y física” (no more political, verbal, psychological and physical violence), the campaign aimed to draw attention to the different and pervasive forms of violence faced by many women in politics.

Social media clips featuring women – both women in politics and women from other professions – helped raise awareness of the gender-based violence against women in politics. By telling their own stories, these individuals helped to empower the electorate and draw attention to the violence.

In this way, the campaign aimed demonstrate that violence against women in politics is a violation of human rights, a fact that we must acknowledge as a society if we want to eliminate it. When we consider effect on individuals of being unjustly overlooked, underestimated and criticized, it’s easier to identify this violence as a gross infringement on their rights, and the rights of women politicians in general.

Helping this message to become more widely understood was a key objective. But campaign also went further, exploring the wider impact of violence against women in politics, and the threat it poses to democracy itself.

After all, if more women means more democracy, then violence against those women must lessen democracy. Violence pushes women out of politics, acts as a barrier to positions of power, and perhaps even deters women from entering politics in the first place.

In fact, as the campaign points out, in a country women make up more than 50% of the population, they only held 31% of seats in the Legislative Assembly in 2018-21.

That’s where the second campaign message really came into play. It was a call to action to El Salvador’s women voters to use their immense power to tackle violence against women.

We are more: The power of women voters

It offered an empowering message to women voters – we make up more than 50% of the population. Our voices matter. And our votes can make a difference.

The campaign was therefore a call to action on voters to use their collective vote to really influence the election results… To elect more women. And to elect representatives who would stand up for the rights of women, and stand up to violence in politics.

The campaign called on the public to choose their representatives with violence against women in mind. To elect people who would help to transform the restrictive gender norms in parliament, working towards a safer, more supportive environment where women can participate in politics with dignity and without fears or risks of violence, abuse or harassment.

Representatives who would, as an extension, also work to eradicate gender-based violence from society as a whole; ensuring women’s right to enter into, and thrive in, not only politics, but education and decision-making roles.