Home > News > La Batalla del Volcán: An exploration of conflict and peacebuilding in El Salvador
Back to overview 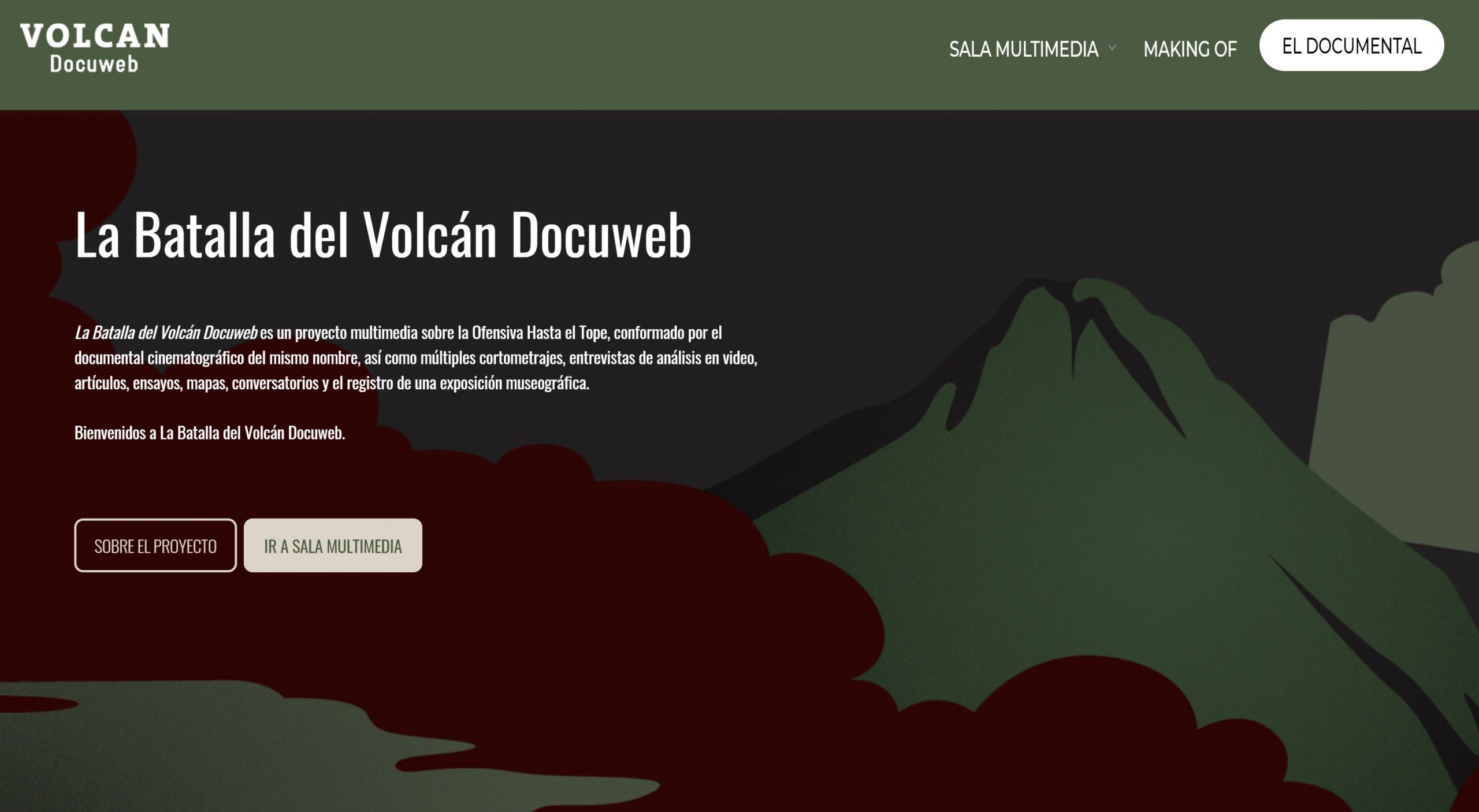 This mutlimedia project explores a crucial and decisive battle of the Salvadoran Civil War: the Ofensiva Hasta el Tope (literally: the offensive to the top).

The project aims to keep history alive through a whole collection of stories, voices and viewpoints. It presents these stories in different ways… a documentary, short films, interviews, essays, video analysis and a museum exhibition.

So La Batalla del Volcán is about learning from the past. It is about hearing and amplifying different voices. And making people’s stories visible.

By presenting the stories of people affected by the battle, the project calls on El Salvador to reflect – individually and collectively – on the past. And it calls for people to use these experiences to continue building a more peaceful future.

What is the Ofensiva hasta el tope?

The Ofensive Hasta el Tope was a military attack carried out by El Salvador’s guerilla in El Salvador’s capital – San Salvador – and other cities in November 1989.

In a country marred by years of conflict, this attack holds historical significance. Many people from the military, the guerilla and citizens alike lost their lives.

And this led to pressure from the population to end the civil war. And a mutual understanding – on both sides of the conflict – that the losses were too large.

This is why the Ofensiva Hasta el Tope charted the course towards peace negotiations. And these eventually led to the signing of the Peace Accords in 1992.

Ever since, El Salvador has been rebuilding its peace and consolidating its democracy.

The events of the Ofensiva Hasta el Tope, and its aftermath, are complex and intertwined. The Batalla del Volcán project aims to explore that complexity.

Through its various forms, the project gives a voice to the people whose lives were touched by the battle. As such, it gives them a space to tell their story.

“Recognize that my daughter died fighting” – One of the short stories brought to the fore through the initiative (in Spanish).

NIMD supported this initiative in two stages of its production.

NIMD El Salvador was very happy to help highlight the role of El Salvador’s women in the armed conflict and the peacebuilding that followed.

This is because, too often, women’s stories are left out of the narrative we build around conflict. But that conflict often hits women the hardest. More than that, women’s involvement in peace processes is key to long-lasting peace.

In fact, you might have already heard of that peace is more likely to last in the long-term when women play a substantial role in peace talks.

But it goes further than that. At NIMD, we are striving to ensure that women’s voices are heard in the long-term too. Their role must go beyond the negotiating table. Women must be able to participate in political institutions and in political life. That way, they can have a real influence to build lasting peace in their country.

Learn more about how NIMD works across our programmes to amplify women’s voices and give them a platform to influence their environment.

Ana explains how her house was taken over by a guerilla group.

NIMD is proud to have been able to support La Batalla del Volcán. Because it is an important project in El Salvador. For us, it is crucial to keep the past visible. We believe that the key to long-lasting peace is building an inclusive and democratic society, where people have the opportunity to make their voices and stories heard.

We hope that La Batalla del Volcán will continue to play its important role in making voices heard – and helping Salvadorans to reflect together on their country’s past, and its future.