Home > News > Myanmar: The Resilience of Democratic Values in a Conflict Setting
Back to overview 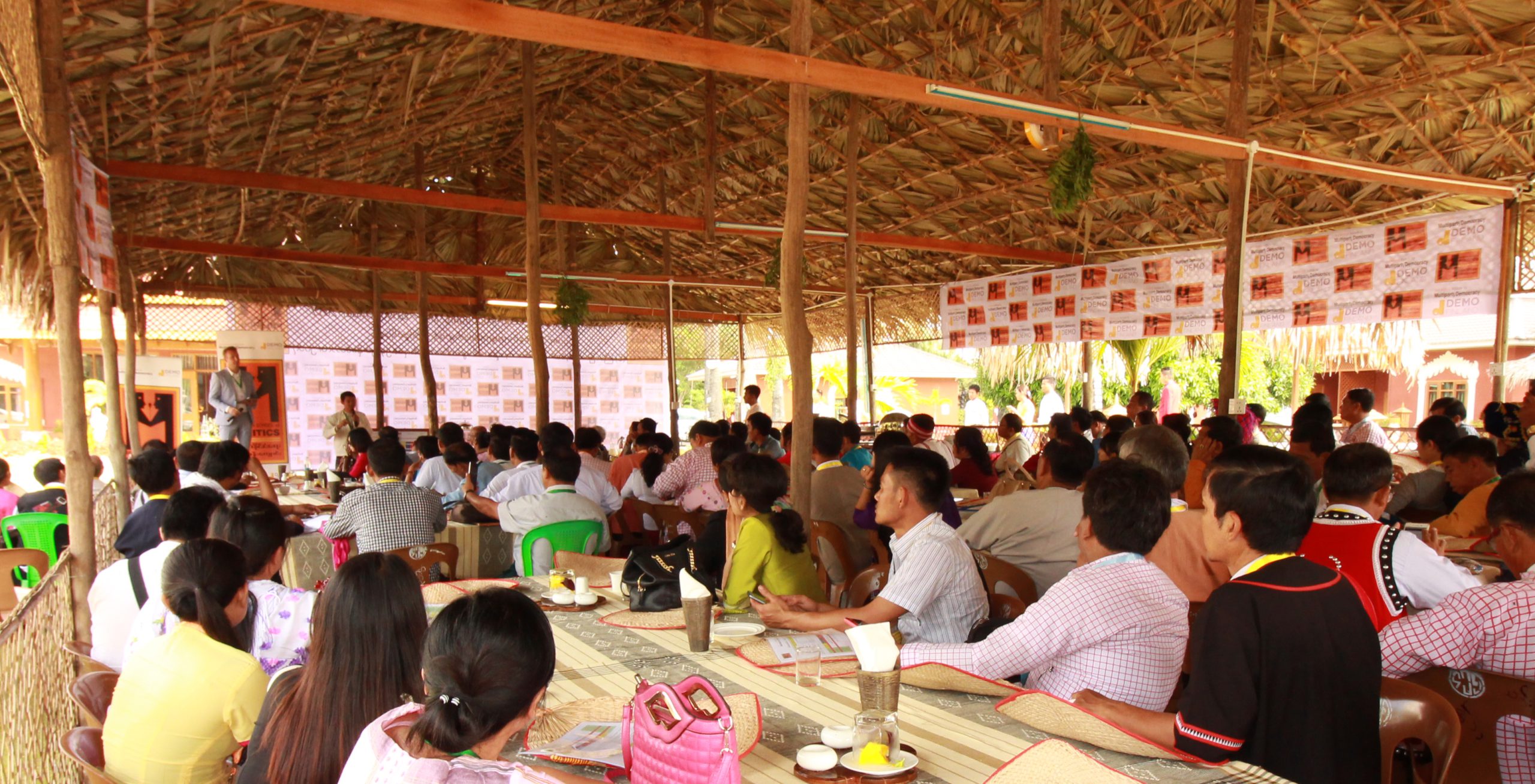 Photo: Myanmar School of Politics alumni weekend in 2017
Myanmar: The Resilience of Democratic Values in a Conflict Setting

A year ago on 1 February 2021, the military in Myanmar deposed the elected government, stalling a gradual process of democratization that had begun a decade earlier. The coup d’état sparked protests around the country, as people took to the streets to voice their support for democracy.

NIMD, in partnership with Demo Finland, held democracy education programmes in Myanmar from 2014 to 2021 through the Myanmar School of Politics (MySoP). Following the coup, the NIMD Myanmar team has been constantly assessing its possibilities to continue working for Myanmar. Specifically, the Myanmar team looked at ways to continue supporting the women, youth and ethnic leaders who  are actively leading change and will play vital roles in future democratic processes.

The Power of Dialogue programme—jointly funded by NIMD and Demo Finland—aims to empower these leaders with political knowledge and skills so that they can effectively influence and contribute to a functioning federal democratic society for the future of Myanmar.

After months of meticulous planning, the Myanmar team successfully held its first Democracy School trainings since the coup last June. We welcomed 45 youth, women, and ethnic political actors from a diverse array of ethnic-based identity parties for a virtual 5-day training on political ideologies and fundamental concepts about democracy.

We are inspired by the courage and tenacity of the participants who attended the Myanmar Power of Dialogue programme’s Democracy School trainings in the face of extreme political turmoil, uncertainty, and concerns for their personal safety. The social and psychological isolation that each participant has faced since the coup, along with the shared trauma of the nation, had translated into a lack of hope and motivation for many. Amid this, the democracy school training activities—the first training of any kind for most since the coup—were a source of renewed spirits and determination for the political actors we work with to push forward for democratic values and society in Myanmar.

A woman political leader who attended the training noted:

“In a time where there’s little hope amongst people in the country, this training gave me the motivation and renewed determination to keep on trying to find a way to pave a better political future for Myanmar”

“Rather than complain about the lights going off, as politicians we need start thinking about how to make the lights come back on.”

After obtaining this positive feedback from participants, NIMD Myanmar and Demo Finland feel evermore encouraged to capacitate democratic political actors with the knowledge and skills they need to shine a new light on Myanmar’s return to a path of democratic transition.

Thijs Berman, NIMD’s Executive Director, noted in his opening-day speech to the participants of the Democracy School trainings that:

“In these complex circumstances, it is more important than ever before that diverse political parties come together to work towards the unified vision of an inclusive, sustainable democracy for all of Myanmar. NIMD will continue to invest time and resources in the political actors that are working towards Myanmar’s democratic society.“

Htet Oo Wai, NIMD Myanmar’s Country Director, reflected on the success of the first Democracy School. As the team looks forward to plan for future interventions to support democratic transition in Myanmar, she emphasizes that:

“When democracy is backsliding, investment in it is needed the most.”

This is only the beginning of what NIMD Myanmar can contribute to building the capacities of democratic actors in Myanmar. The positive impact of Democracy Schools will stem from the Myanmar team’s flexibility in finding innovative ways to continue empowering the youth, women, and ethnic leaders of Myanmar.