Home > Where we work > Guatemala
Back to overview

Like many of its Central American counterparts, a history of an armed internal conflict, military dictatorships, and authoritarian regimes has overshadowed the development of multiparty democracy in Guatemala, with deep polarization in the political landscape. The personalities of political leaders often appear more important than the strength of party policies, leading to structural weaknesses and a lack of clear political debate and opposition.

A country with deep inequality and inequity, there is also a high level of corruption and a lack of transparency, and recent state actions have raised concerns about shrinking democratic space. At the same time, there is increasing demand for change and a growing consensus to fight against corruption, and NIMD Guatemala is delighted to support these ambitions for a brighter future for everyone in this diverse country.

NIMD has had a presence in Guatemala since 2002 and works at all levels across the political landscape to promote further development of a truly inclusive, multiparty democracy, with a strong focus on assisting under-represented groups in a diverse country with three different indigenous peoples.

The conservative ‘macho’ culture has long hampered the political aspirations of women in Guatemala, and helping to level the playing field is a key aim of NIMD Guatemala. We support the Forum of Political Parties, the Commission on Full Citizenship for Women, and the Forum for Women MPs. All there organizations include indigenous organizations and aim at addressing gender inequality and creating leadership and political opportunities for women.

Ensuring that female leaders from across the political spectrum come together and work for the common good of women across the country is crucial, and NIMD is proud to have supported a number of successful legislative measures furthering women’s empowerment and a legislative agenda that favor underrepresented groups such as indigenous women.

NIMD Guatemala also works with women’s civil society organizations, in particular those focusing on violence against women, with studies, awareness campaigns, dialogue sessions, training and more. Guatemala has the highest femicide rate in Latin America, and NIMD assisted the Women’s Commission and civil society in drafting of a 2008 law against femicide.

NIMD Guatemala’s Democracy Schools bring people together from across the country to build skills, share knowledge, promote dialogue, exchange experience, and inspire each other to continue to work for the betterment of the country.

Given Guatemala’s diverse demographics, we have a particular focus on promoting the inclusion of young people, women, indigenous people, and other underrepresented groups, to ensure their role in decision-making in the future.

Democracy Schools take place throughout the country – as well as online – giving people from all sectors of society and political parties the opportunity to take part and build their skills and network.

Following a political crisis sparked by corruption allegations in 2015, NIMD Guatemala provided assistance to the Technical Commission of Congress to enable the smooth passage of reform of Congress, aimed at bringing more transparency to political decision-making.

These reforms included barriers for floor crossing (changing political parties and taking your seats with you), regulations limiting nepotism, and a reduction in the number of staff working in Congress. NIMD assisted in preparing the different proposals and facilitating cross-party debate and dialogue to ensure all parties had ownership of the reforms.

NIMD, together with other entities, also works with Guatemala’s Congress, training Members of Parliament and their assistants on legislation drafting, as well as working with thematic commissions to ensure the interest of civil society organizations are represented in the legislative process.

NIMD’s first task in Guatemala was launching a multiparty dialogue platform, which ran for 18 months and included all political parties. The result was the signing of a development plan for the country following its protracted armed conflict, known as the Shared National Agenda.

Since that initial success, NIMD has continued to facilitate interparty dialogue around themes of shared concern including youth, political party reform, security, environmental governance and the inclusion in politics of underrepresented groups.

In addition, NIMD has been working with Congress on developing more interparty dialogue platforms with a focus on political party and electoral law, the rules and regulations of Congress, and the civil servant law. 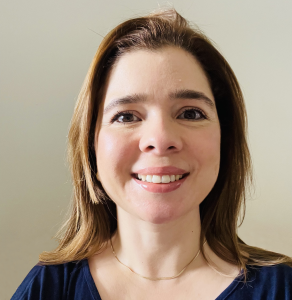 Claudia Maselli
Country Director, NIMD Guatemala
Claudia Maselli is the Country Director for the NIMD office in Guatemala. She is a lawyer, specialized in alternative dispute resolution and has a postgraduate degree on strategic analysis, security and geopolitics. She has over 15 years of experience in human rights, access to justice, participation rights, youth inclusion and institutional strengthening. As well as her role as a Deputy Ombudsperson, she has worked or consulted for a number of international and national organizations in Guatemala including UNDP, Konrad Adenauer Stiftung and the University Rafael Landívar. 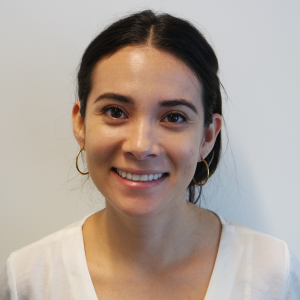 Daniela Montero
Programme & Knowledge Advisor, NIMD
Daniela Montero is the focal point in The Hague working with the Guatemala team.

NIMD’s work in Guatemala is funded by the Dutch Ministry of Foreign Affairs under the Power of Dialogue programme. The Power of Dialogue consortium is made up of NIMD, Gorée Institute, Akina Mama wa Africa, and Centre des Études Méditerranéennes Internationales, and seeks to enhance collaboration of political and civic actors to participate in accountable political processes.

Other work is supported by a variety of donors including SIDA, IREX and Rockefeller Brothers Fund. 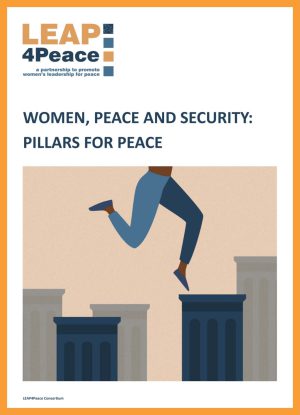 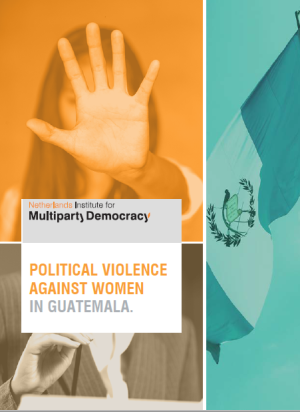 Violence Against Women in Politics in Guatemala
Read more