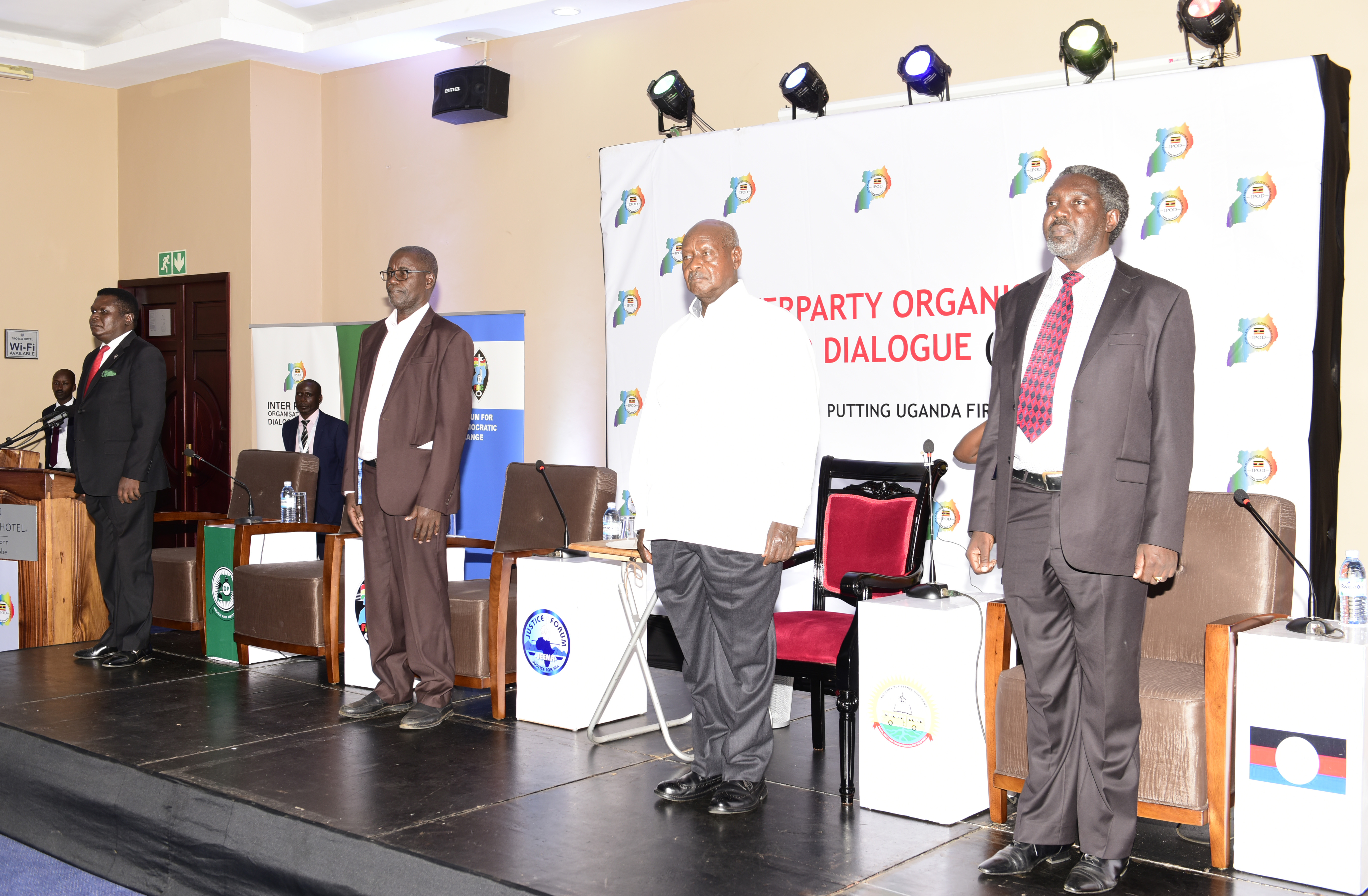 IPOD and DGF chart course for future collaboration in Uganda

On 28 October 2019, The Presidents and Secretaries General of the Political Parties represented in the Interparty Organization for Dialogue (IPOD) met with the ambassadors of Austria, Denmark, Ireland, Netherlands, Norway, Sweden and the European Union to Uganda – members of the board of Democratic Governance Facility (DGF).

Together, the ambassadors and party leaders agreed that IPOD’s dialogue platform was having a significant impact on the political culture within Uganda. The important decision for both groups is how this relationship can adapt to today’s political reality, and where next for IPOD.

What is the Interparty Organization for Dialogue (IPOD)?

Since its founding by NIMD in 2010, IPOD has worked across political divides to bring leaders together for peaceful, constructive dialogue on Ugandan democracy. NIMD continues to support its programmes that support inclusive dialogue, which we do via our country office in Kampala. IPOD is comprised of every Ugandan party with parliamentary seats, with each party having an equal stake in its dialogue platform. Party leaders’ summits held in 2018 and 2019 have helped break political deadlocks and ensure the parties remain in contact, even in challenging times.

Successes such as the IPOD summits rely on solid stakeholders, and a key backer for IPOD is the DGF. The DGF is a funding mechanism contributed to by Austria, Denmark, Ireland, the Netherlands, Norway, Sweden, the United Kingdom, and the European Union. It sponsors and implements programmes with the overarching goal of building “a Uganda where citizens are empowered to engage in democratic governance and the state upholds citizens’ rights”.

The important milestones achieved in the IPOD political dialogue process, which NIMD facilitates, were noted by the DGF. The Ambassadors emphasized the importance of continuous dialogue in mitigating and resolving conflicts in the country. They also noted that the cordial atmosphere between the member parties was a testament to the importance of dialogue and its role in bringing about cooperation and collaboration between parties with distinct ideologies.

For its part, the IPOD leadership expressed willingness to continue dialogue with other stakeholders and urged the DGF to leverage its position to ensure engagements with the Uganda police and other civil society organizations.

Moving forward the leadership of the Political Parties expressed their commitment and willingness to strengthen the dialogue platform especially in terms of getting all its members meaningfully involved. The DGF board was happy to note that the investments made in the Political Parties are bearing good results and maintained a commitment to work with NIMD to strengthen collaboration between the political parties, civil society organizations, the Electoral Commission and the general public of Uganda to work towards peaceful political processes ahead of general elections scheduled for early 2021.

How does the DGF contribute to Political Parties?

The DGF provides funds through the NIMD for the Political Party Capacity Strengthening Project to support organizational and technical capacities of Political Parties represented in the Parliament of Uganda.