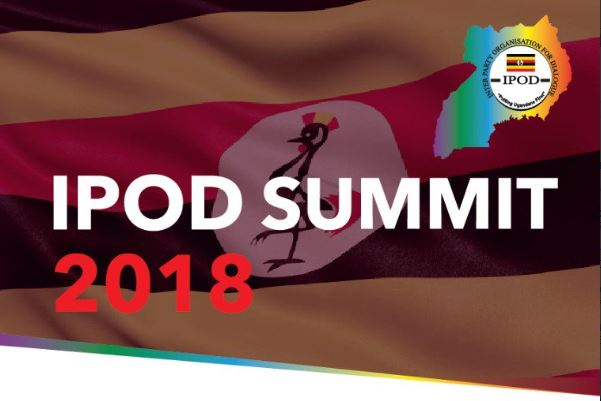 The first ever Interparty Organization for Dialogue (IPOD) Summit took place on 12 December.

This high-level event brought together Uganda’s political party leaders and Secretary Generals. They discussed how to strengthen multiparty democracy in Uganda, with a focus on four main areas:

The Summit was first of its kind in Uganda, and a chance for the political parties to make a real commitment to continued dialogue in the interests of their country.

The leading opposition group, Forum for Democratic Change (FDC) pulled out of the summit, backtracking on a commitment they had made earlier. It is the only political party with representation in Parliament that did not attend the meeting.

Despite the drawback, the IPOD Summit is cause for optimism. The opening of dialogue between ruling parties and opposition groups is a core pillar for political stability and cohesive government.

NIMD hopes that the flagship IPOD summit will open the door to a next phase of dialogue and legislative reforms which have multiparty backing.

Hosted and facilitated by NIMD, IPOD was set up in 2010 to bring together leaders of all political shades in the country to foster a strong and vibrant multiparty democracy in Uganda based on peaceful co-existence of all citizens to work harmoniously.

The platform brings together all of Uganda’s parliamentary political parties. As equal members of the platform, these parties all have an equal voice.

The parties are also represented in the IPOD council, the platform’s main guiding body. As such they jointly decide on the way forward for the organization.

NIMD would like to congratulate IPOD on organizing the Summit, and applauds Uganda’s political parties for the steps they have taken and the commitment they have already made. NIMD will provide support for continued dialogue in Uganda following the Summit.

For NIMD, the IPOD Summit represents a significant step in Uganda.

Our experience has consistently shown that when political groups come together in dialogue, reforms, peace agreements, and nation building all stand a far greater chance of success.

In the course of our work supporting meaningful dialogue that enhances democracy, NIMD has set up and facilitated interparty dialogue platforms around the world. Here, we bring together actors from all political denominations, so that actors may lay the foundations for working together democratically.

Through dialogue, parties can also establish a basic level of trust between one another, and NIMD assists participants as they find consensus on democratic reforms they want to enact. This often translates into real policy change that enhances the democratic system of a country.