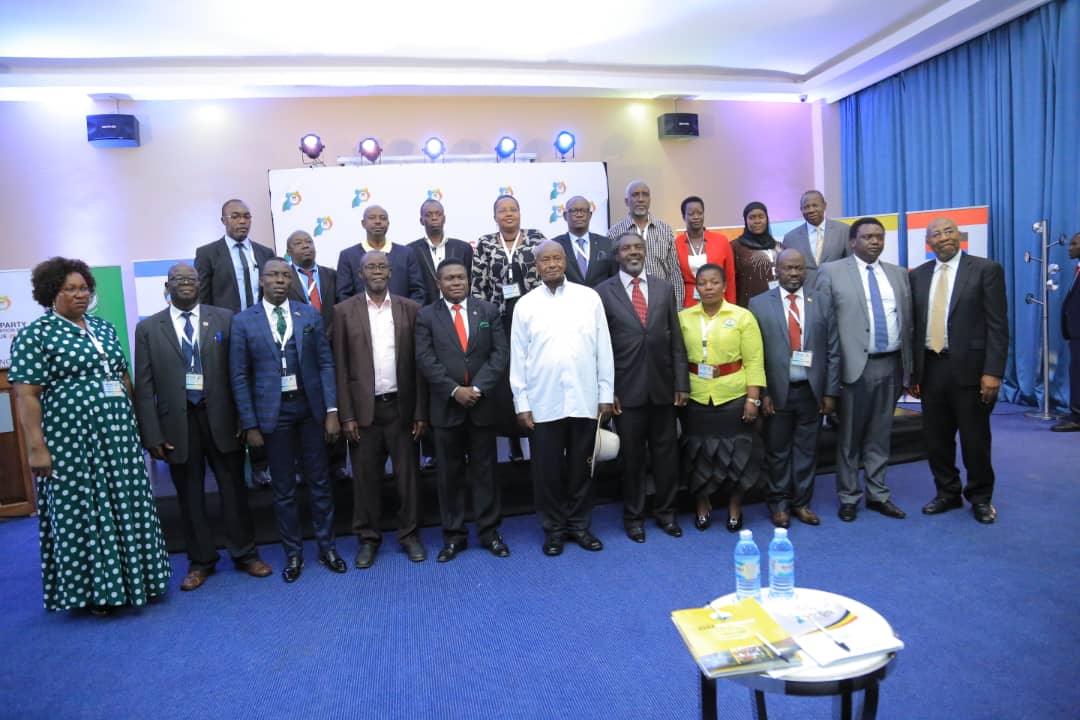 Ugandan party leaders, including President Yoweri Museveni and the leaders of three opposition parties, met yesterday in Entebbe for wide-ranging political dialogue. The Leaders’ Summit was facilitated by the Interparty Organization for Dialogue (IPOD), supported by NIMD. This was the second meeting of its kind, following a first Leaders’ Summit held last December. The topics discussed included funding for political parties, reforms to the electoral system, regulations around independent parliamentary candidates, and the implementation of the controversial Public Order Management Act (POMA).

Agreements made despite FDC absence

As in previous meetings, all of Uganda’s parliamentary political parties were invited to attend, with only the opposition Forum for Democratic Change (FDC) deciding to not attend. Despite their absence, the delegates were able to agree new funding rules that increase state support provided to political parties. The leaders also agreed a framework for electoral reforms, which will preclude a national debate on whether Uganda will adopt first-past-the-post or proportional electoral systems.

The Summit’s conclusion on POMA was to have further discussion on the new regulations of the Act. The legislation, which covers groups’ rights to hold public rallies and other such political activities, is an especially salient issue given the continued FDC non-attendance at IPOD. The FDC, Uganda’s largest opposition party, said they would not attend IPOD Summits until there was action on what they claim is state interference in their campaigning. The party leaders in Entebbe agreed securing FDC attendance at IPOD must be a top priority ahead of the next Summit.

The Summit began much later than scheduled due to the late arrival of NRM leader Yoweri Museveni, who blamed conflicting arrangements in the Northern town of Arua for the delay. The Summit ended up running for almost 6 hours, with delegates talking until 11.30pm.

The Summit concluded with the issuing of a joint communiqué from the parties. There was agreement that any post-Summit follow up actions, including finalizing consultations on the draft regulations for the POMA and approval of a draft code of conduct for political parties, should be concluded within two months. A date of 20 July was set to review progress.