Home > News > #UN75: The change we want to see? A new lease on life for Mali
Back to overview 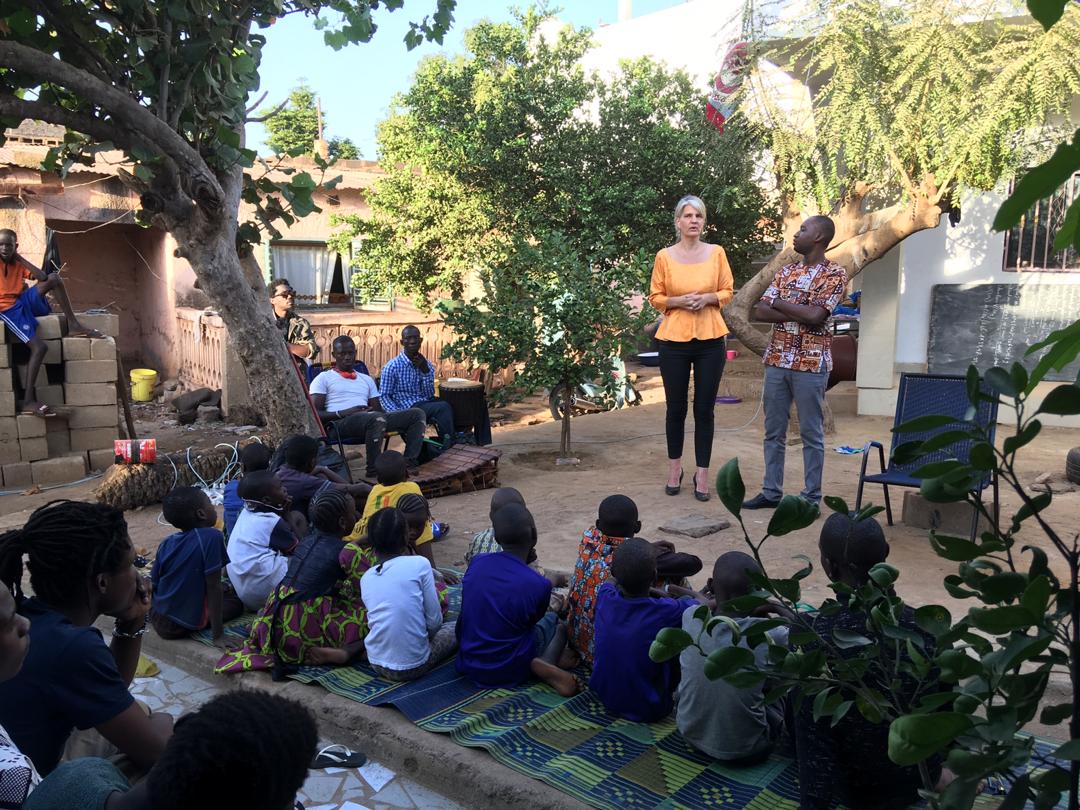 Photo: NIMD
#UN75: The change we want to see? A new lease on life for Mali

To celebrate its 75th anniversary, the UN is holding a global dialogue, asking people around the world to reflect on the future they want.

For NIMD, the answer is clear… the future we want is a more inclusive society, where democracies can thrive and political actors can put public interests, not crisis aversion, at the top of the agenda.

As part of our reflection, NIMD’s Sahel Regional Director Mirjam Tjassing looks at how we can contribute to a better, more resilient democracy in Mali.

On the 18th of August 2020, a group of young officers took over power in Mali. Under the banner of the National Committee for the Salvation of the People (CNSP), their move ended in the dissolution of the parliament by the President, who then himself resigned. Since then, national consultations have led to the formulation of a Transition Charter and Road Map. The installation of the transitional organs is underway.

After the coup, ECOWAS immediately called for a return to constitutional order, a short transition under civilian leadership and rapid elections. This sounds very reasonable – that is, until you take into consideration that tens of thousands of Malians had been in the streets protesting for several weeks, demanding the departure of former President IBK; and that the coup was greeted in Mali with somewhat of a relief. Interestingly enough, after the coup there was no military presence in the streets, no pillaging or disorder; Malians were going about their business as usual again.

The ECOWAS embargo imposed on Mali was not at all appreciated by the population. It was felt that foreign interests had weighed in more on that decision than a real consideration of the situation in Mali. This position was supported by civil society organizations from neighbouring countries. Today, the sanctions have been lifted, but the consequences of the standoff between ECOWAS and the CNSP may be felt beyond the borders of Mali. This is a moment of truth: how serious is ECOWAS about democracy?

Obviously, in a functioning democracy, there is no place for military takeovers. But how effective was Mali’s democracy to begin with? The coup in Mali was a collective failure by the Malian political class and the international community to safeguard democratic principles.

This failure has allowed politics in Mali to be reduced to a set of strategies to redistribute power and wealth and to mitigate the “nuisance capacity” of others within the political class. Politics seldom play a role in policy orientation or the defence of the common good. Therefore, rushing to elections, as if that would magically change this, is not only useless, it is dangerous. It was done in 2012, and look where it landed Mali. So our focus should be less on sanctioning and more on the real question: how to make sure there will never be another coup?

Democracy is more than just elections

Elections are essential for democracy, but they do not define it. For elections to play their role, they need to be actual instruments of representation. In recent years, however, insecurity, grave suspicions of fraud and manipulation of results have all seriously undermined the credibility of elections in the eyes of the Malian public.

In short, counting on the electorate to elect credible representatives despite electoral fraud and large scale vote buying seems ineffective as a strategy.

It is important to remember that democracy is not an end in itself, it is a means to achieve stability and peace. It is about putting development and basic services at the heart of governance, instead of the needs of a political and economic elite. There is increasing agreement today that violent extremism, intercommunal violence and migration are all the direct consequence of poor governance.

Whether on coups or popular uprisings, the question is how to stop governance by disruption. What can be done to make democracy effective, so that it actually meets the needs of the people and absorbs voters’ frustrations? ECOWAS’ focus on the questions of who is going to lead the transition and for how long distracts from the real question of what is needed to help Mali on its way to an effective democracy.

Let’s put the ECOWAS Additional Protocol on Democracy and Good Governance to good use. Not to support heads of state whose legitimacy is called into question. Not to throw around blame and sanction a population that is already suffering from a multidimensional crisis. Instead let’s use it to help guide reforms for free and fair elections and for a better institutional equilibrium that Malians themselves are proposing in the Transition Road Map.

And, as we are in the midst of a crisis of representation, let’s not focus too much on which individuals get a seat at the table, but let’s look for ideas. Let’s listen to what Malians have to say. Modern day technology offers all kinds of opportunities for expression. Online, Malians are expressing themselves through the hashtag #MaTransition. Now is the country’s chance to develop political and reform guidelines for the post-election period in a participatory manner.

All eyes on ECOWAS

Let’s not forget: the world has never been this connected, information has never been this easy to access. Citizens from other West-African countries are watching what is happening in Mali. We cannot continue to selectively cite ‘democratic and republican principles’ ​​to defend a status quo when the perception is that democracy is not effective and republican values ​​are not respected. It will only serve to discredit the international community, its conventions AND democracy.

So instead of trying to desperately hold together a crumbling house of cards, let’s help Mali provide a new foundation for itself, and a new lease on life.