Home > News > #Spreadtheword: Time to end violence against women in politics
Back to overview 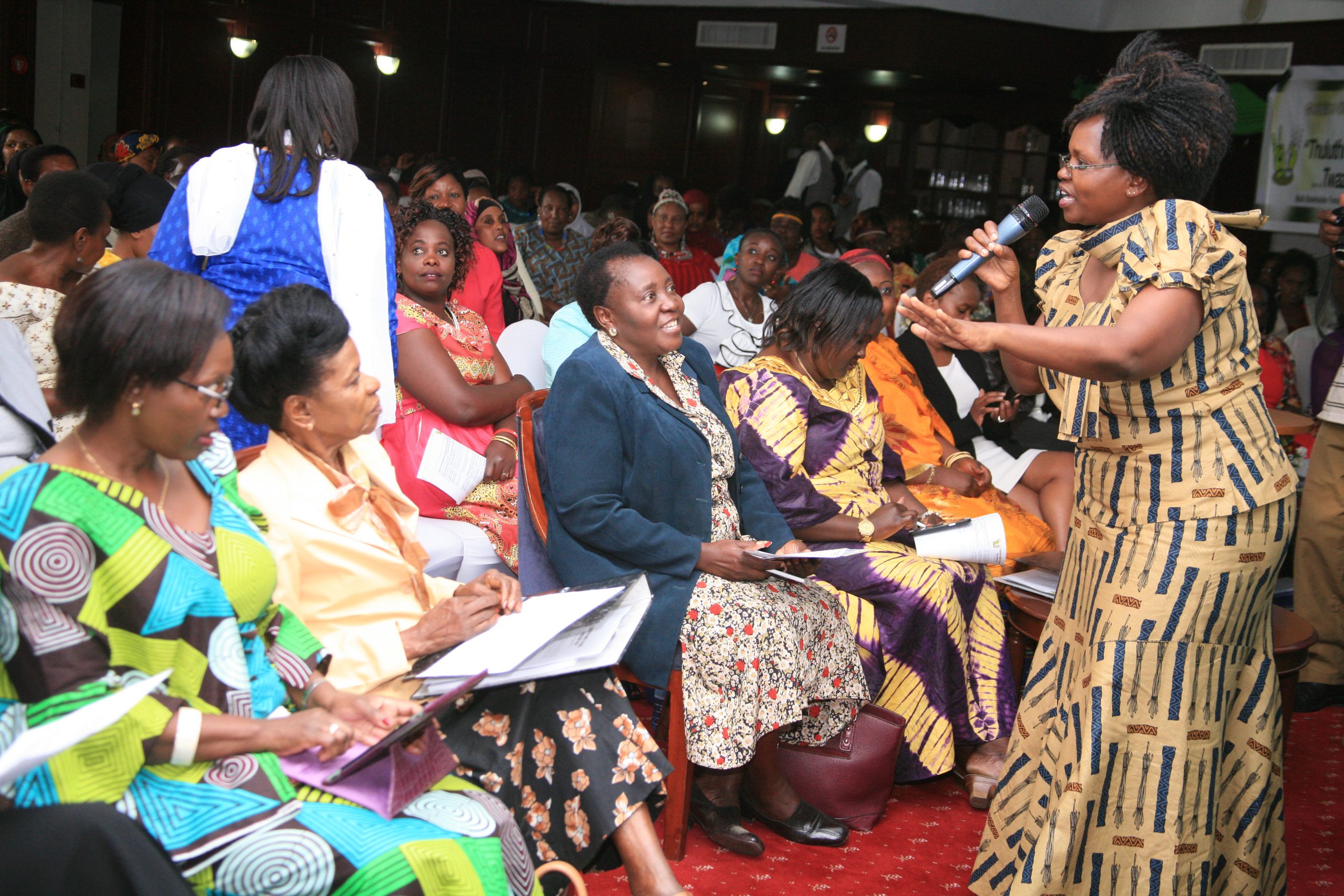 Interview
#Spreadtheword: Time to end violence against women in politics

Today, 25 November 2020, is the International Day for the elimination of violence against women. Gender-based physical, emotional and psychological violence is one of the most widespread, and persistent human rights violations in our world today. Many women across all sectors, from all backgrounds, will experience violence in their personal or professional lives.

At NIMD, we work specifically with women in the political sphere. Every day, we hear their stories and see the barriers they have overcome – through work and determination – to hold positions of power.

NIMD is committed to helping more women into politics, and part of that is working to eliminate the violent acts that may hinder their participation.

We talk to Nidhal Lamraoui, NIMD’s Project Officer on Gender and Inclusion to find out more. 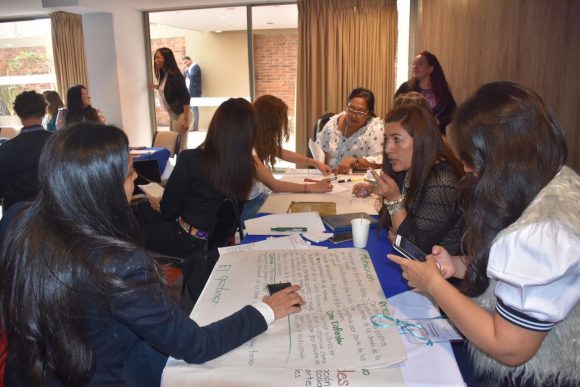 Q1. What is violence against women in politics?

Violence against women refers to all forms of sex- and gender-selective violence that are perpetrated against people identifying as womxn. This includes all acts of aggression that inflict physical, emotional, or psychological damage.

While physical violence against women in politics is most likely to be recognized, we often forget about the other two types of violence.

When it comes to women in politics, acts of non-physical violence are rife. They can also include shutting women out of decisions, closing doors to their progress, and not allowing them the space and platform to make their voices heard.

Despite this, non-physical violence is particularly likely to go unnoticed in the political sphere. Why? Because the lines are often blurred, and acts of aggression are portrayed as fervent rivalry or competition.

Q2. Can you explain more about the types of violence women might face?

Verbal abuse and unconscious biases are two ways that emotional and psychological violence is often carried against women in politics. Unconscious biases are the underlying attitudes and stereotypes that people unconsciously attribute to another person or group of people. These biases affect how people understand and engage with others around them. For women in politics, biases may affect how seriously people take them and whether their voices are heard.

Another type of violence is financial violence, which is not as widely discussed, as it should be. Our recent study on the cost of political campaigning in Uganda, for example, shows how women can often simply not afford to participate in politics.

Lastly, we must never underestimate the power of cultural violence, when certain aspects of the culture like religion, traditions, and language serve to legitimize or justify structural violence. 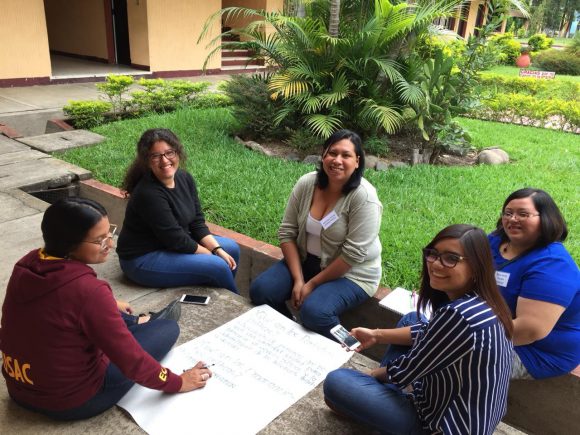 Q3. So how does cultural violence come about?

You can see cultural stereotypes at play, for example, in the way some people justify acts of aggression carried out against women. Women are often thought to be fragile and irrational and therefore belong to households. In contrast, men are seen as natural leaders and are responsible for making, managing, and governing decisions.

Cultural norms often take their roots from patriarchal structures in which unfavorable values to women’s full autonomy are embedded.

Challenging these can be understood as rebellion, treachery, and even an offense to men’s leadership and masculinity. That’s where the strong push-back on women in politics comes from.

An indigenous woman, artist and lesbian, Sandra Morán knew the path ahead would not be easy when she decided to dedicate herself to politics in Guatemala.

Q4. Why is it important to end violence against women in politics?

Violence against women in politics has both an explicit and implicit impact. Aside from being an aggressive act and a blatant violation of human rights, it reinforces the subordinate role of women in society and mainstreams violence as a legitimate and acceptable tool of rivalry.

And, because violence can ultimately dissuade women from taking part in decision-making, it leads to unrepresentative institutions, which see things from a limited number of angles.

Diversity and inclusion are very important when it comes to ensuring true and reflective representation of all groups and their needs.

This type of representation allows people to have faith and trust in their institutions, eliminates divides and fosters harmony. In such settings, social justice prevails, human rights are preserved, and national prosperity is achieved.

So violence against women in politics harms not only women, but society itself. By oppressing diverse voices, it limits decision- and policy-making which, in principle, must tap into unconventional and undiscoverable, out-of-the-box thinking!

Think of it this way: If women are shut out of politics, we are missing out on the power of half of our bright minds.

For all of these reasons and more, equitable and substantive representation is important. In order to allow for this, we need to create an even playing field for women to take an interest in, access, thrive, and contribute to the advancement of our societies.

NIMD asks women politicians from around the world about the barriers they face and what it will take to make a difference.

Q5. How can we end violence against women in politics?

I believe that continuous constructive dialogue is key.

All of this is crucial to ending violence against women in general, and women in politics in particular.

This doesn’t have to take place in a certain structure or high-level setting. We can all be active players, by making ourselves available to those in need to talk about it. By educating the people around us, around dinner tables, or on social media about the repercussions of violence and, most importantly, the resources available to those affected.

Subversive societal dynamics are nothing but a collective enmeshment of our individual subversive beliefs translated into subversive actions. So we need to start by looking at our own beliefs and values.

Q6. How do NIMD’s programmes work towards ending violence against women in politics?

In order to make real steps to eliminate violence against women in politics, we address the unwritten rules and practices that exclude women from participating in the political arena.

That means working with political actors to influence national legislation, helping political parties on their internal party regulations and, last but not least, fostering an open political culture through training and dialogue.

For example, we have recently built an interactive new tool, the Gender Roadmap to Inclusive Political Parties, which aims to help parties break down their internal barriers to women in politics.

We also work across our programmes to amplify women’s voices and give them a platform to influence their environment. This includes targeted training and support to women’s caucuses, but also ensuring equal access to our Democracy Schools and other training for political actors.

Lastly, our highly contextual knowledge has allowed us to contribute to drafting policy documents, joint papers, and project proposals on women’s inclusion in politics and decision making.

For example, NIMD is a signatory of the new Dutch National Action Plan on UN Security Council Resolution 1325 on Women, Peace and Security. We recently participated in the consultation session on Women’s Participation in Peace Processes and Peacebuilding with the Dutch Government, carried out in the context of the development of the new National Action Plan. During the session, NIMD helped to identify gaps and developments, as well as exploring new pressing issues that deserve more attention from Netherlands.

Similarly, NIMD has also been actively providing insight and input in consultative meetings organized by our partner the European Partnership for Democracy. This has resulted in the production of a joint paper  to advise the EU on the new Gender Action Plan, in which Women, Peace, and Security is a prominent topic.

Q7. What is your vision for the future?

For me, a world without violence against women in politics would be a world where women feel encouraged to enter and contribute to politics. A world where the thought of a woman president no longer feels like a far-off reality.