Since 1992, Kenya has had a multi-party system in place and has steadily developed into a regional power. The country is home to a diverse patchwork of ethnic groups, and resultantly many parties and personalities forge allegiances along ethnic lines rather than policy positions or political ideology. For a number of years, elites have sown divisions between these groups for personal gain. This came to a head in 2008, when after a number of years of relative stability and economic growth, unexpected and severe intercommunal violence broke out in the aftermath of elections. Over 1,100 people were killed and more than 500,000 were displaced.

A new constitution was written and promulgated through a national referendum in 2010 in an attempt to end fierce electoral battles. It entailed a completely new governance system by establishing 47 new county governments under a system of devolved government and creating a bicameral parliament by adding a Senate. It also contained a clause that impels the state to act on female representation – however, this is yet to be fully implemented years later, and women are still heavily underrepresented in Kenyan institutions.

Despite a peaceful electoral cycle in 2013, later elections in 2017 were marred by opposition claims of vote-rigging, creating another flare-up in political violence. The opposition successfully annulled the election result through Kenya’s Constitutional Court, with the Court declaring fresh elections within 60 days. However, President Kenyatta’s main electoral rival, Raila Odinga, withdrew from the re-run in protest at a lack of time for reforms, and Kenyatta eventually ran unopposed.

In early 2018, Kenyatta and Odinga found reconciliation in their famous handshake, which saw the two political heavyweights refer to each other as ‘brothers’. Since then and ahead of the 2022 elections, the political party landscape is in flux again, with more than 30 parties formed in the 12 months thereafter. At the same time, the presidential Jubilee party is showing widening cracks as two separate camps are forming around the President and his Deputy.  Moreover, past intercommunal violence keeps casting a shadow over the country’s political future. Therefore, the need for genuine political dialogue that allows addressing the underlying issues is as acute as ever.

NIMD has been active in Kenya since 2003, when we were instrumental in setting up the Centre for Multiparty Democracy (CMD-Kenya) as dialogue platform for all parliamentary parties. Since then, the NIMD programme has supported CMD-Kenya in hosting interparty dialogue, implementing activities geared at supporting political parties, and strengthening parties’ connections with broader society. Another important programmatic focus is the strengthening of the role of women and underrepresented groups in political life.

Since 2019, NIMD also started a partnership with Mzalendo, a Kenyan parliamentary support organization. Our collaboration focusses on increasing parliamentary transparency and openness by bringing citizens closer to their elected representatives, and bolstering the position of women and young people within parliament.

NIMD’s long-standing partner CMD-K has collaborated with the Office of the Registrar for Political Parties to strengthen the party landscape by facilitating the development of parties’ strategic plans. These strategic plans go on to support parties as they enhance their democratic structures and take action on underrepresentation of women and young people.

A core aspect of CMD-K’s work today  is geared towards the Building Bridges Initiative (BBI). BBI is a joint initiative of President Kenyatta and his former opponent Raila Odinga, who agreed on a set of objectives covering areas such as the administration of elections, anti-corruption measures, and devolution. For example, CMD-Kenya (with additional support from Friedrich Naumann Foundation for Freedom) convened a two-day consultative workshop between women in political parties in Spring 2019. The sessions brought together representatives of party women caucuses and government departments to develop a common position on gender and inclusion. CMD-Kenya is also supporting the parties with the development of  policy positions on key themes as the BBI unfolds.

The programme in Kenya has a  history of supporting the political rights of women, specifically by training women candidates and their agents in the run up to elections. Between  2014 and 2018, the Respect for Women’s Political Rights programme was implemented, with the aim of changing perceptions and negative gender stereotyping around the issue of women political leadership. One of the key approaches was to find supportive men or ‘male champions’ who can convince their fellow party members of the importance of removing gender barriers in Kenyan politics.

The CMD-Kenya dialogue platform also supports action on gender equality by bringing together leaders from parties across Kenyan society. In 2010, CMD-K contributed to the successful lobby for the gender equality clauses in Kenya’s new constitution. These stipulate that not more than two-thirds of the members of elective or appointive bodies can be of the same gender. The new Constitution was a major victory for Kenyan women, however, fulfilling the promises of the constitution has proven difficult.

Find out more on our work with women in politics in the below video from CMD-Kenya.

Since 2019, NIMD supports work aimed at the Kenyan parliament in partnership with Kenyan parliamentary organization Mzalendo. The programme with Mzalendo aims for parliament to consistently use its electronic voting system. This measure serves transparency by providing a clear record of how elected representatives vote on legislation and motions debated in the chambers.

NIMD also supports Mzalendo’s efforts to bring key MPs closer to the electorate through social media. In this campaign, committee chairs and other high-ranking MPs are offered Mzalendo’s online platforms to explain to online audiences their positions in specific debates, as well as showcase their daily work and some of the challenges they face. The medium is particularly effective, as it allows people a chance to react ahead of a vote or parliamentary debate via the online discussion.

A third component of NIMD’s parliamentary support work with Mzalendo is the documentation and analysis of women and young MP’s contributions and attendance in parliament. This information will be used to inform the debate on women political participation and campaign strategies. .

This programme is part of the ‘Lobby and Advocacy’ programme of the Dutch Ministry of Foreign Affairs. More on the Strategic Partnership with the Ministry here. 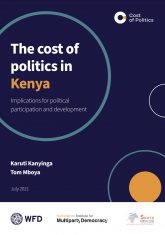 The cost of politics in Kenya: Implications for political participation and development
Read more 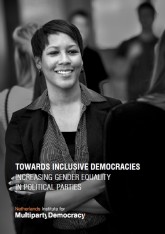 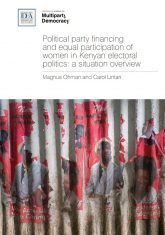 Ensuring citizen oversight in Kenya during the COVID-19 pandemic
Read more
People Dialogue Festival 2020: bringing politicians and citizens together
Read more
Forging a path for women in Kenya
Read more
Claiming the space: Youth inclusion and participation in Kenya’s Parliament
Read more
In an increasingly polarized world, we must not give up on democracy
Read more
Go to NIMD in Ghana
Go to our programme overview
Go to NIMD in Mali
Home > Where we work > Kenya 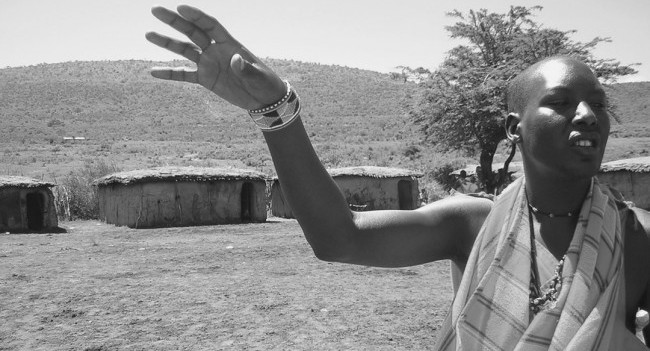