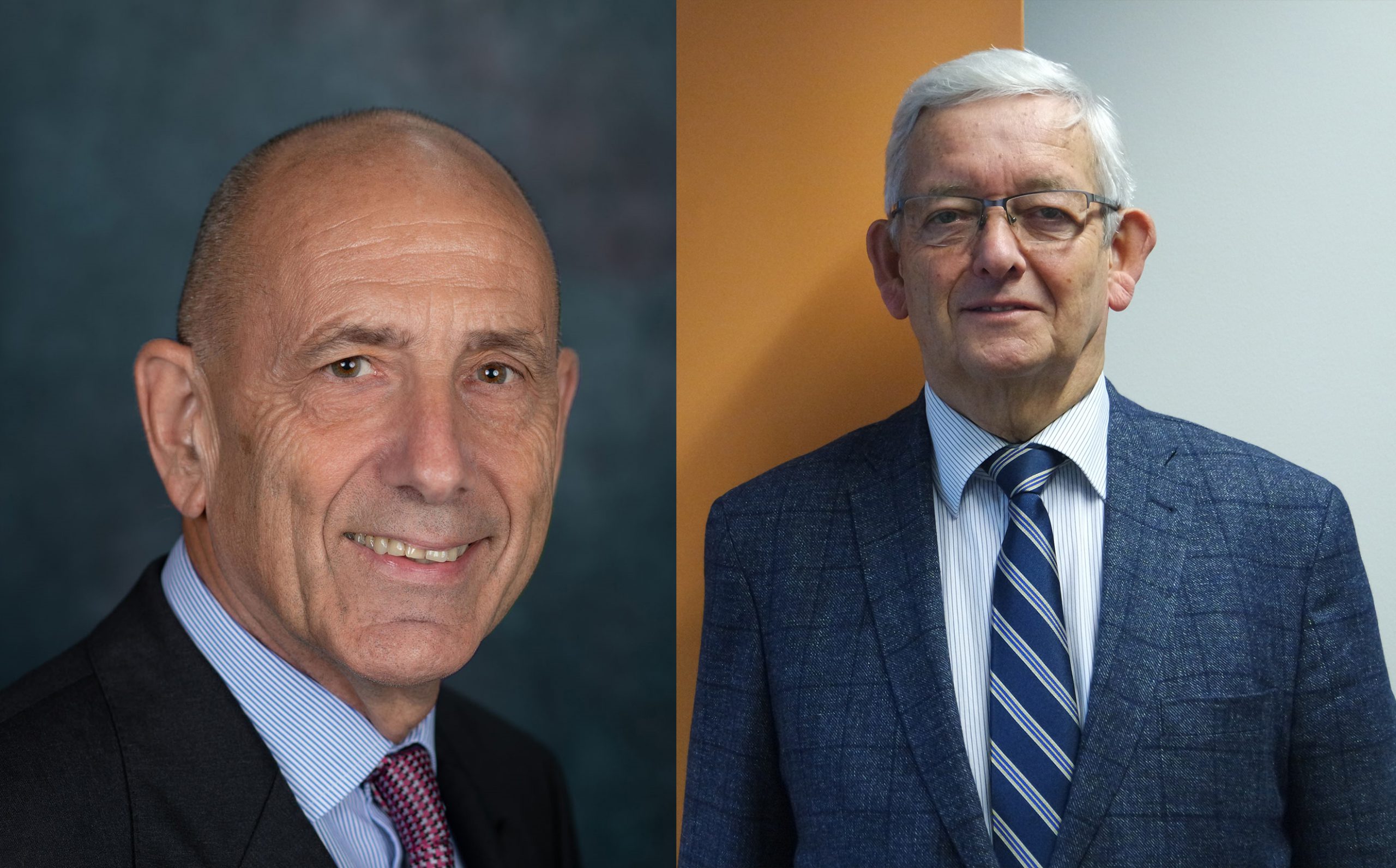 NIMD is very pleased to welcome Ed Kronenburg (photo above, left-hand side) as the new Chair of our Supervisory Council.

Ed, who has been a member of the Council since March 2020, will take over from Eimert van Middelkoop (photo above, right-hand side), who has stepped down this month.

The Supervisory Council consists of independent professionals, many of whom are from the political or academic sectors. They oversee NIMD’s activities, and enrich our work with their varied expertise and experience.

Ed is a recently retired senior diplomat with a career spanning almost 45 years. He has been Ambassador of the Netherlands to France (2012-17), and most recently, to China (2017-19).

Previous to his ambassadorial positions, he has been Secretary-General of the Dutch Ministry of Foreign Affairs and Grandmaster of the Royal Household of Her Majesty Queen Beatrix.

His career also included a number of secondments. Ed was Director of Cabinet of the Secretary-General of NATO. He also worked at the OECD in Paris and was Deputy-Head of Cabinet in the European Commission for Commissioner Hans van den Broek.

At NIMD, we are very happy to welcome Ed as the new Chair of the Supervisory Council. His deep diplomatic knowledge and wealth of experience will be a real benefit to our organization. We are excited to start a fruitful working relationship together.

“Promoting international peace, justice and the rule of law can only bear fruit if democracy is there to safeguard the rights of all individuals. Equality, basic freedoms and accountability should always be respected. As Amanda Gorman so movingly said on 20 January ‘while democracy can be periodically delayed, it can never be permanently defeated’. It can never be taken for granted, it should always be fiercely protected. NIMD is at the forefront of this effort.”

In his new role as Chair of the Supervisory Board, Ed looks forward to using his specific background to advise NIMD on how to continue working in complex political environments, towards inclusive democracies that offer equal opportunities for all to be heard, to participate and to take responsibility in politics at all levels.

As well as looking forward to our continuing priorities, this is also a time to say goodbye to the former Chair of the Supervisory Council, Eimert van Middelkoop, who has been involved in NIMD’s work for many years.

Eimert van Middelkoop is a Dutch politician; He has vast experience as a Member of Parliament, having first taken up a seat in 1989. Eimert was Minister of Defence between 2007 and 2010.

Eimert was a dedicated Chair, and NIMD benefited greatly from his deep expertise in foreign affairs. Eimert’s contribution to NIMD included many missions during his years on the Supervisory Council. 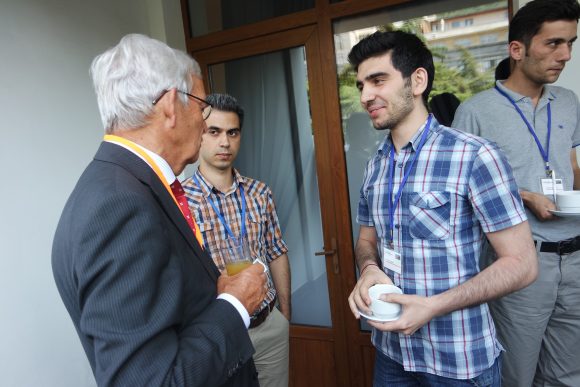 As Chair, for example, Eimert travelled to Uganda in December 2018 to speak at the first ever high-level summit of political party leaders.

Ultimately, NIMD will miss Eimert for his experience and dedication, and the pride he has always taken in his work.

“I once said that NIMD is the pearl in the crown of idealistic tradition in Dutch international politics. I repeat that now. I very much admire the dedication and professionality of our staff. The fight for democracy and the rule of law is a long journey, but it gives hope to so many people in so many countries. For me, as a former politician, it was a privilege to serve NIMD for so many years.” Eimert van Middelkoop

On leaving the Supervisory Council, Eimert gave a farewell speech to the whole NIMD network, in which he explored the interplay between Faith and Democracy, a topic he holds close to his heart as a member of the Christian Union party.

NIMD’s staff and Supervisory Council would like to express our deep gratitude to Eimert and wish him all the best in his future endeavours.