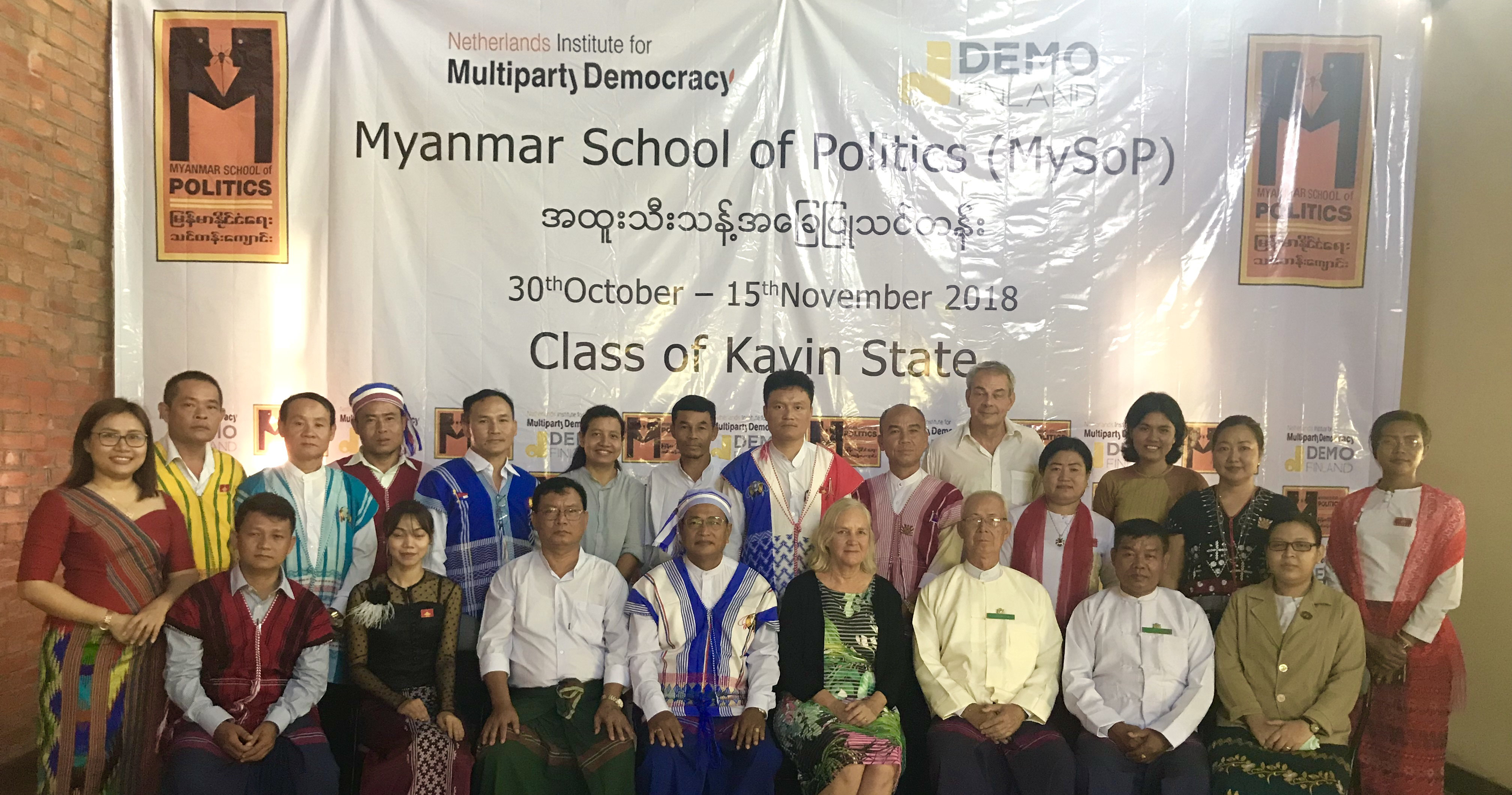 The Myanmar School of Politics (MySoP) is proud to announce the opening of its 13th Core Course, an intensive political training course for Kayin State, southeast Myanmar.

The Core Course is attended by 14 trainees, namely state-level senior politicians from 6 political parties along with one official from the Election Sub Commission (Kayin State).

During the opening ceremony keynote speeches were given by H.E. Riikka Laatu, Ambassador of Finland in Myanmar and U Mann Kyaw Win Maung, Chair of the Election Sub Commission (Kayin State).

“The multiparty system is an effective mechanism introduced to Finnish political parties to enhance peace and development in the country since after its independence” said H.E. Laatu, reflecting on the political history of Finland. “I am happy to come to MySoP Core Courses and have the chance to meet with state-level politicians from different political parties and learn from each other experiences.”

In his opening speech, Mann Kyaw Win Maung mentioned “I believe, the course will offer you a chance to engage among and between different political parties while embracing diversity, impartiality, promoting mutual respect in strengthening democracy. Thus, I strongly encourage all trainees to participate effectively in the course and wish you will learn political skills and knowledge benefit to the state and become a successful politicians.”

MySoP is run jointly by NIMD together with Demo Finland. MySoP strengthens the democratic functioning of political parties and promotes multiparty dialogue at the regional and state levels. The 17-day long training programme enhances the political knowledge and capacity of the participants, and supports dialogue among the different political parties based on the principle of multiparty democracy. The course emphasizes political theory and multiparty cooperation as well equipping participants with skills such as how to be a state level politicians, policy-making, speechwriting, political dialogue, debate, campaigning, gender mainstreaming, and offering other knowledge relevant to the specific issue of the state/region.