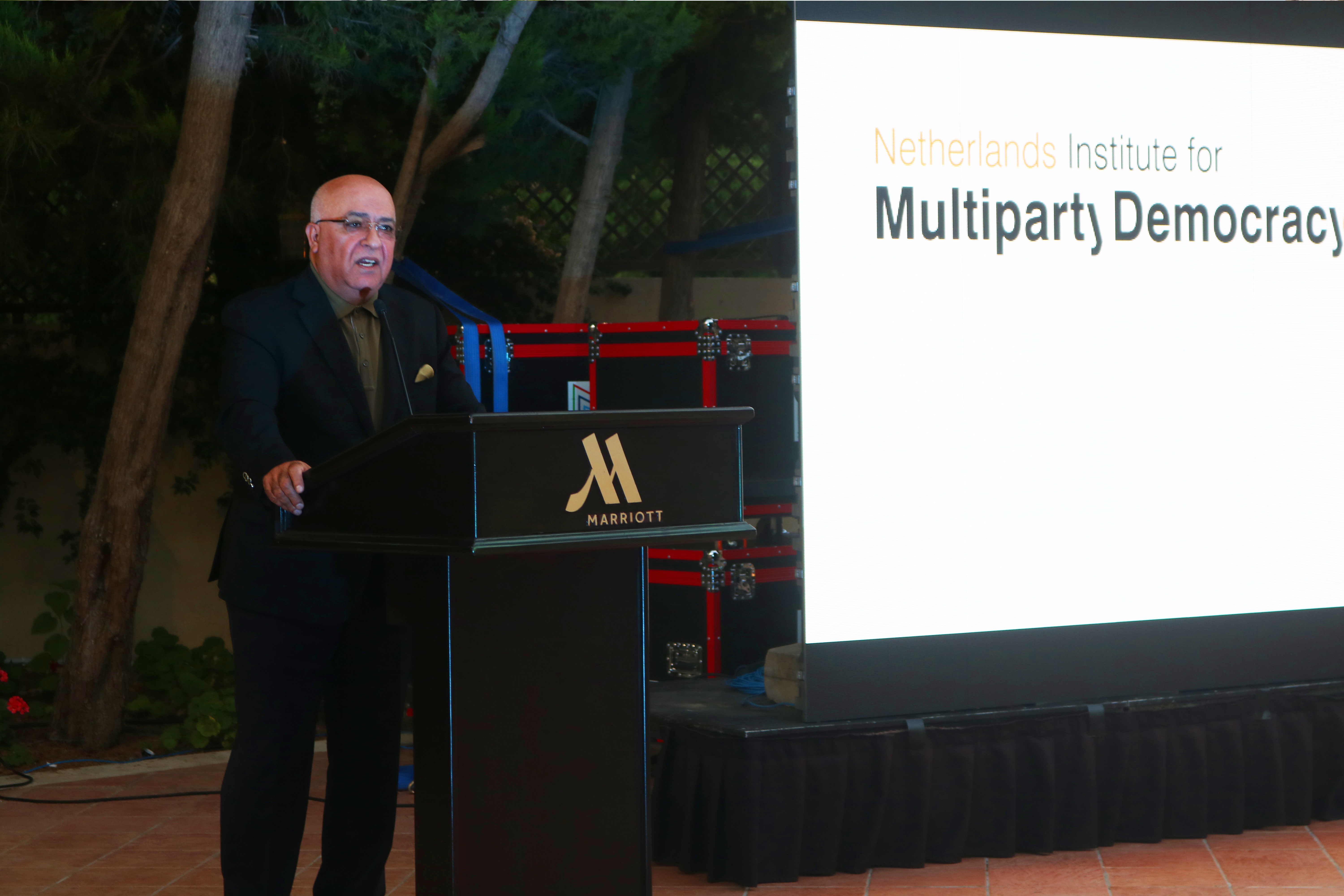 JSoP is how NIMD’s “Capacity Building for Politically Active Youth” programme is going to reach people across Jordan’s political spectrum. It’s about sharing knowledge between political parties and aspiring young politicians in the country, learning from each other’s experiences, and facilitating collaboration as Jordan advances in political reform. In its first year of implementation, the programme will welcome 40 young women and men who are either members of political parties or independent political activists.

Event patron H.E. Eng. Musa Alma’aytah, Minister of Political and Parliamentary Affairs, was joined by H.E. Ms Barbara Josiazze, the Netherlands Ambassador to Jordan in inaugurating the programme. Offering encouragement to the JSoP participants, Josiazze said: “Jordan has a huge potential in all societal levels, all Jordanians have great ideas to advance the country. We know that 63% of Jordanians are below the age of 30, it is crucial to us to make sure that their voice will be heard, because they are the future of the country.”

Speeches were also given by Rami Adwan, head of NIMD Jordan, and Karijn de Jong, Head of Programmes and Projects at NIMD.

What will JSoP do?

The activities of the programme are designed to help the parties and activists develop their capacities ahead of general elections scheduled for 2020; the training programme covers core political knowledge such as political and democratic theory, electoral systems, political parties, constitutions and legislation. In addition to that, participants will also be trained in occupational skills and knowledge needed for politicians, such as media training, political communications and influencing policy. Gender equality and women’s political participation will be a feature of every participant’s curriculum.

Commenting on JSoP’s programme, H.E. Eng. Musa Alma’aytah said that “This project that builds the capacities of youth in political parties is of great importance for building a generation that will have a crucial role in the political process; a generation that believes in diversity, pluralism, the other opinion, participation and dialogue; and that dialogue is the only way to overcome contradictions and disagreements between citizens and all political bodies.”

As well as formal training, the programme hosts political dinners, which are informal meetings where Jordan’s politicians speak directly with the students. The first of these saw participants talk about the role of parties in Jordan’s political future, and five more are scheduled for the rest of the year. The advantage of these peer learning sessions is that the programme participants can freely exchange ideas with people from different backgrounds and seize new opportunities – something that top-down training is not always able to provide.

JSoP is made possible through a memorandum of understanding with Jordan’s Ministry of Political and Parliamentary Affairs (MOPPA). Click here to read more about our cooperation with MOPPA.