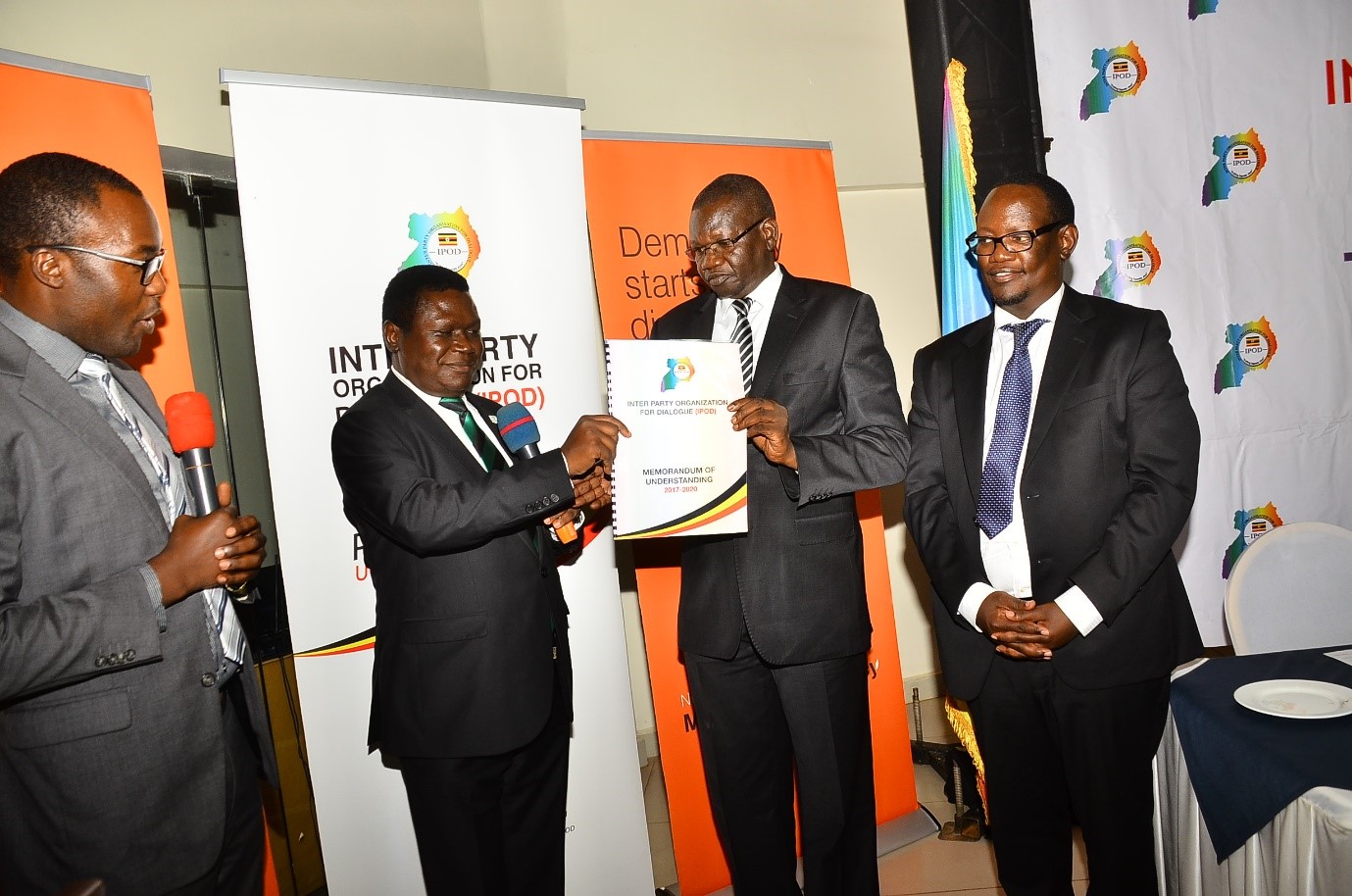 At the end of November, the Inter Party Organization for Dialogue (IPOD) (a dialogue platform supported by NIMD) saw a new leadership cycle begin, with the Chair passing from Norbert Mao of the Democratic Party (DP) to Patrick Oboi Amuriat of the Forum for Democratic Change (FDC). FDC is Uganda’s largest opposition party and has been an IPOD member since IPOD’s founding in 2010.

IPOD is a dialogue platform that brings together political parties with representation in Parliament for dialogue. So far it has facilitated interparty agreements and discussions on areas such as law enforcement and electoral reforms, among several others. The current five member parties cycle the chair position between them, ensuring no one party can dominate the dialogue and trust-building processes it oversees. Since 2018, it has convened two special dialogue summits for party leaders of Democratic Party, Justice Forum, National Resistance Movement and Uganda Peoples’ Congress, which included Ugandan President Yoweri Museveni alongside other party leaders.

Support from the Elders’ Forum of Uganda

At a ceremony in Kampala, NIMD Country Representative Frank Rusa was joined by the former Principal Judge and Chairman of the Elders’ Forum of Uganda, Justice Canon James Ogola. Mr. Rusa highlighted the achievements made during the leadership of the DP, emphasizing the importance of political goodwill in the execution of the Memorandum of Understanding – the document that outlines IPOD’s ambitions. During the eight months under the DP chair, IPOD made progress on areas such as the controversial Public Order Management Act, and hosted symposiums for parties on electoral reforms.

The guest speaker, Justice Canon James Ogola, applauded the efforts of NIMD and IPOD in fostering a culture of constructive dialogue in the political class. He emphasized the need for continued dialogue as the most trusted means of managing conflicts in society. As well as its support for IPOD’s dialogue process, The Elders’ Forum of Uganda are chief conveners of the Uganda National Dialogue.

In his remarks, outgoing IPOD Chair Norbert Mao of DP thanked NIMD for continually supporting the entrenchment of multiparty democracy in Uganda. He went on to urge NIMD to consider expanding the reach of its work to include support towards the internal democratic processes of political parties, such as internal party elections. In the same spirit, he called on the incoming leadership to follow up on resolutions that were made at the previous two party leaders’ summits.

Optimism from the new leadership

Incoming Chair Patrick Oboi Amuriat assured all IPOD parties and their leadership of the FDC’s commitment to uphold the objectives and aspirations of the IPOD memorandum of understanding. Amuriat also stated he would seek cooperation among members in pursuit of improved observance of human rights and democratic practices. Other political party leaders welcomed the new leadership and urged it to do all it takes to ensure meaningful electoral reforms are undertaken before the next general elections, which are scheduled for early 2021.