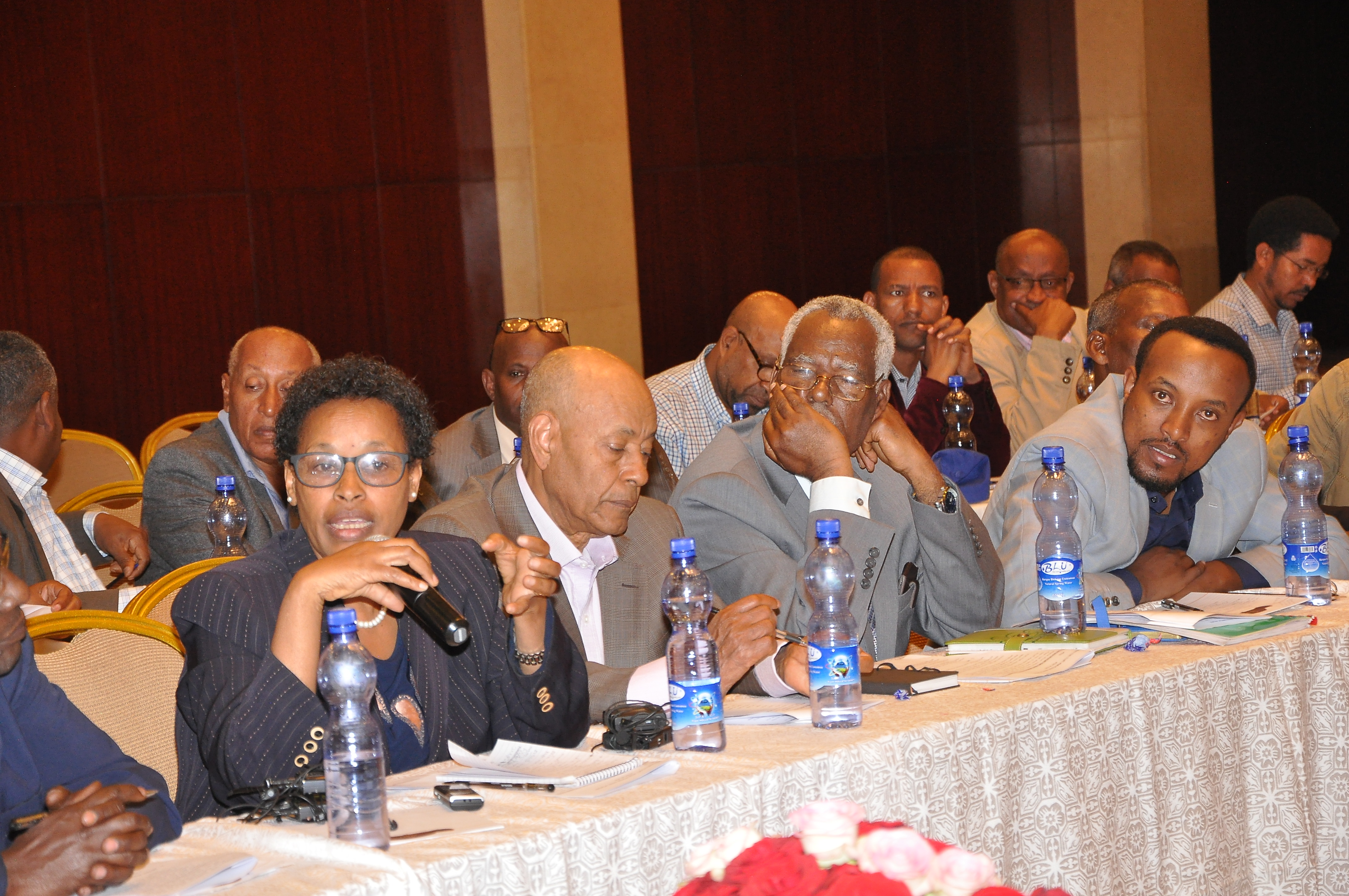 Dr. Chanie Kebede became determined to play a role in Ethiopia’s development after graduating in economics and development studies from Addis Ababa University in the 1990s. He initially joined politics as a member of the All Amhara People’s Organization (AAPO), a political party formed to represent the Amhara ethnic community, who make up roughly a quarter of Ethiopia’s population.

The AAPO subsequently faced both mounting internal crises and pressures from the ruling party, which led to the imprisonment of its leader in 1994. The decline of the party forced Dr. Chanie and his colleagues to think of alternatives. He thought establishing a more inclusive, multiethnic party would help pave the way forward for Ethiopia’s fledgling democracy, which led him to co-found the Ethiopian Democratic Party (EDP) in 1999.

The EDP was a member of the broader opposition Coalition for Unity and Democracy (CUD), in 2005. Despite its electoral success, the coalition descended into crisis following the imprisonment of several of its leaders in 2005. The EDP then withdrew from the coalition and continued its peaceful struggle for democracy independently. Dr. Chanie was elected to his current position as Chair of the EDP in 2014, which led him to becoming involved with NIMD’s work. 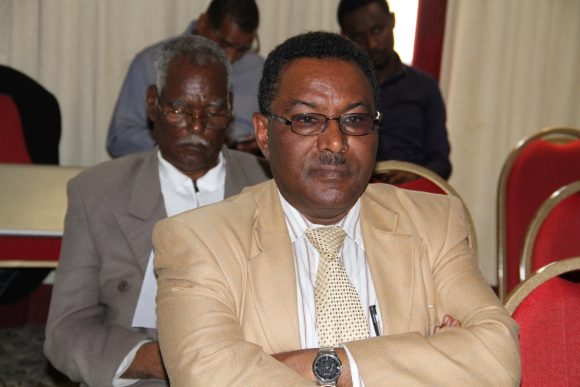 Ethiopian society has a long tradition of customary dispute resolution in which elders play a key role not only in resolving disputes among parties, but also in ensuring community peace. The elders focus on settling the dispute, reconciling the affected interests, and more importantly healing broken relations and maintaining order in the community. Conflict is viewed not as an individual incident but as a disruption to community peace whose integrity needs to be restored. 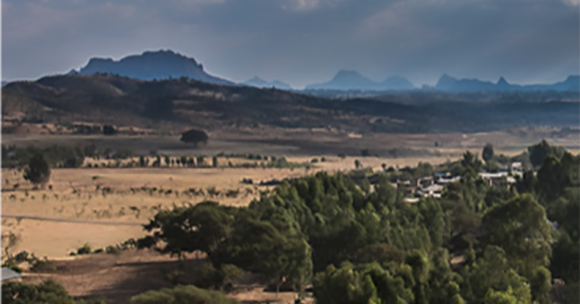 Yet despite this rich tradition, the political elite in Ethiopia since the 1960s had sidelined indigenous values. This led to the tragedy of what is infamously known as the “white terror” and “red terror” in 1976; nationwide political violence which cost hundreds of thousands of young men and women their lives.

The simultaneous outbreak of a 16-year civil war further split the country’s leadership, and the military regime’s insistence on addressing all conflicts by force meant tensions persisted. Between the ruling party’s political hegemony and the shrinking space for political activity, it remained almost impossible to have dialogue and peacefully resolve conflicts.

Despite the ruling party’s lip service to democracy and political diversity, the lack of political reform and the sidelining of the political opposition culminated in mass public protests in 2015.

Reaching out through dialogue

It was in this context that Dr. Chanie and his EDP party, along with a few other political parties, decided to participate in dialogue initiated by the ruling EPRDF party in 2016. They saw it as an opportunity to address the mounting pressures related to youth unemployment, social repression, rising corruption and, most importantly, the marginalization of the political opposition.

However, the process was fraught with difficulties.

“We knew the dialogue was incomplete from the start.” Dr Chanie

Some of the major political actors decided to withdraw early on in the process, because there was no trusted third party to mediate the dialogue.

What’s more, the fact that only national representatives were involved meant regional parties were excluded. Other leaders were in exile, having been branded as “terrorists”.

Nor was the process balanced; it was a fragmented opposition facing a hegemonic regime.

Yet the parties were able to reach some minimum agreements. The ruling party was eventually persuaded to release political prisoners such as journalists and activists. They also agreed to revise the existing electoral law based on first-past-the-post to a mixed system, which added proportional elements to the existing arrangement.

However protests mounted in subsequent years, culminating in the ruling party electing new Prime Minister Dr. Abiy Ahmed in early April 2018. As a younger leader who was a vocal reformist, his ascendancy marked a dramatic change in direction for Ethiopian politics.

A fresh opportunity for peace

A new, more inclusive dialogue programme on a code of conduct for parties was opened in 2018, facilitated by the National Electoral Board of Ethiopia (NEBE) with its new chair Ms. Birtukan Midekssa. As a far more inclusive dialogue than anything attempted before in Ethiopia, all political parties (including all those that were branded as “terrorists” and were in exile) are now part of the dialogue. NIMD, as a trusted mediator for interparty dialogue, has been invited to support the facilitation of this dialogue through technical expertise, logistical and financial support.

As part of the programme, NIMD provided training on dialogue and conflict resolution to all political parties in early September 2018.

The training provided a framework for the peaceful resolution of conflicts among political parties, so those involved could assess Ethiopia’s ongoing dialogue and refine the process.

The need for more peaceful and inclusive politics in Ethiopia was what inspired Dr. Chanie to meet NIMD and enroll in the training sessions.

According to Dr. Chanie, “the training added value in improving the country’s political culture. We were doing politics in a fragmented context without knowing how best to do it. It helped us discover the other side, understand its views and interests, and possibly create some common ground and take Ethiopian politics one step further.”

Effective democratic politics could only take root once the parties could articulate their respective interests, effectively communicate to one another, and reach common ground.

NIMD’s training was even more relevant for Dr. Chanie and his colleagues as it complimented the shift towards inclusive dialogue happening at the same time.

Dr. Chanie said the NIMD-backed training meant parties were able to debate, agree, and approve their rules of engagement as equals, breaking the cycle of elite dominance. With only two years until the next elections and a rapid reform agenda already underway, maintaining free spaces to train and debate will help other parties keep their and their constituents’ voices heard.

The winds of political change in the country and NIMD’s intervention to support dialogue and conflict resolution met at the right time in Ethiopia. The dialogue is already bringing results, with the Prime Minister signing the agreed new code of conduct for political parties in Spring 2019.

Ahead of the 2020 elections, the dialogue platform will play a crucial role in maintaining momentum behind Ethiopia’s democratic reforms.