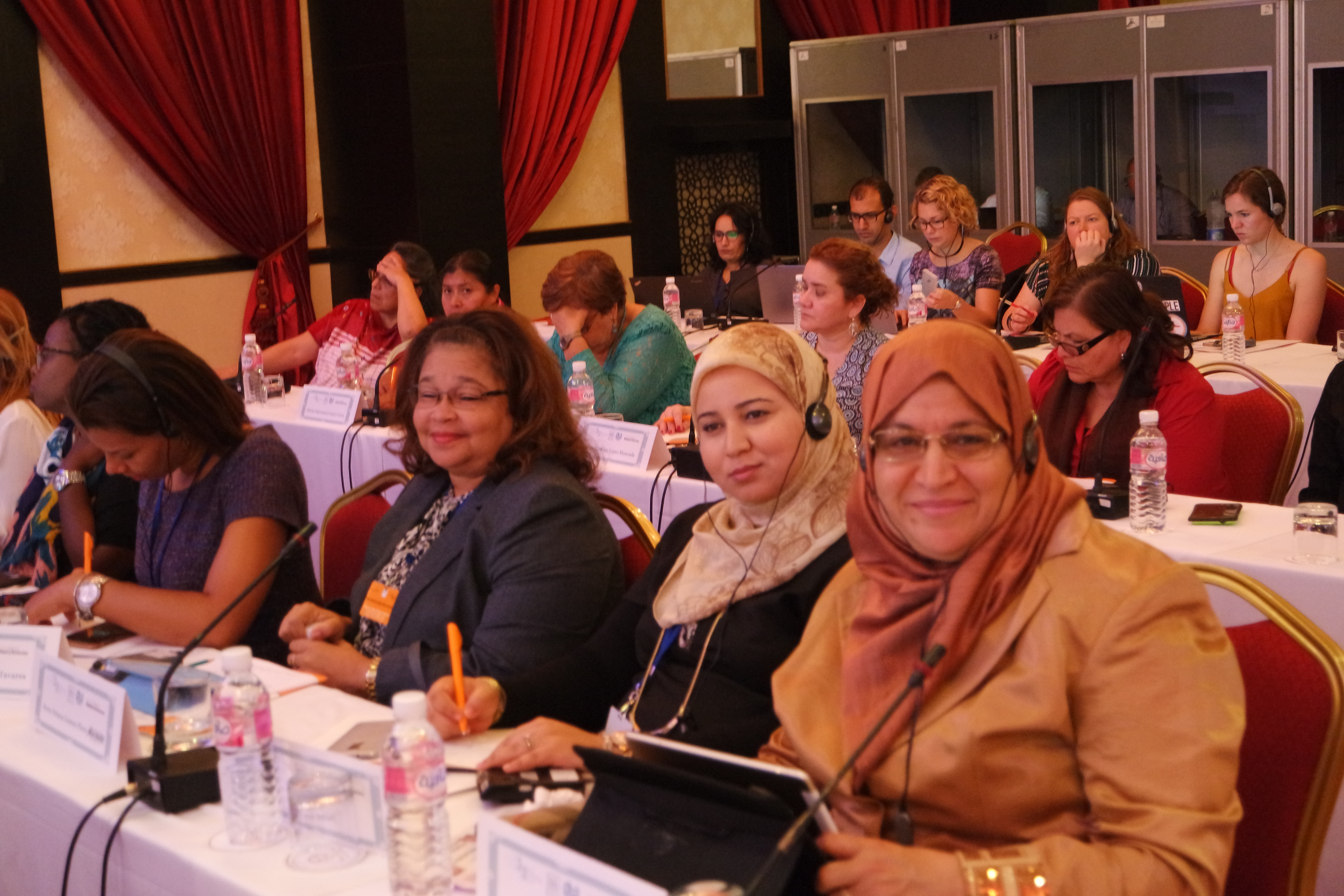 Only 22% of Members of Parliaments around the world are women. And, according to UN Women, only two countries – Rwanda and Bolivia – have 50% or more women in their parliaments.

Faced with such statistics, we have to ask ourselves: Why doesn’t a group that accounts for half of human society hold half of all positions of power and political influence?

To help answer this question and make steps towards increasing the political participation of women, NIMD and International IDEA held an international conference on women’s political rights, in collaboration with our partner, the Centre des Etudes Méditerranéennes et Internationales (CEMI).

International Conference on Women’s Political Rights from NIMD on Vimeo.

The conference, which took place in Hammamet, Tunisia, on 24-26 October, aimed to assist political parties’ in implementing strategies and measures to promote women’s political empowerment and gender equality.

It brought together members of political parties, ministers, MPs and pioneers in the struggle for gender equality for three days of intense learning and debate. The participants discussed gender stereotypes, violence against women in politics, financing for woman politicians and how to ensure men are also involved in achieving gender equality.

The three-day meeting culminated in a series of recommendations, which can be implemented by parties in all the countries we work in, and which aim to make it easier for women to access positions of power within those parties.

The conference was held as part of the Women’s Political Rights (WPR) programme. For the past four years, NIMD and International IDEA have been implementing this programme in Colombia, Kenya and Tunisia.

Though the project will end in December 2017, NIMD and International IDEA’s commitment to supporting women’s political participation and representation will be sustained as part of the organizations’ global initiatives that contribute to the Sustainable Development Goal 5 on gender equality and women’s empowerment.