Home > News > #WorldPhilosophyDay: Why do we think voting works?
Back to overview 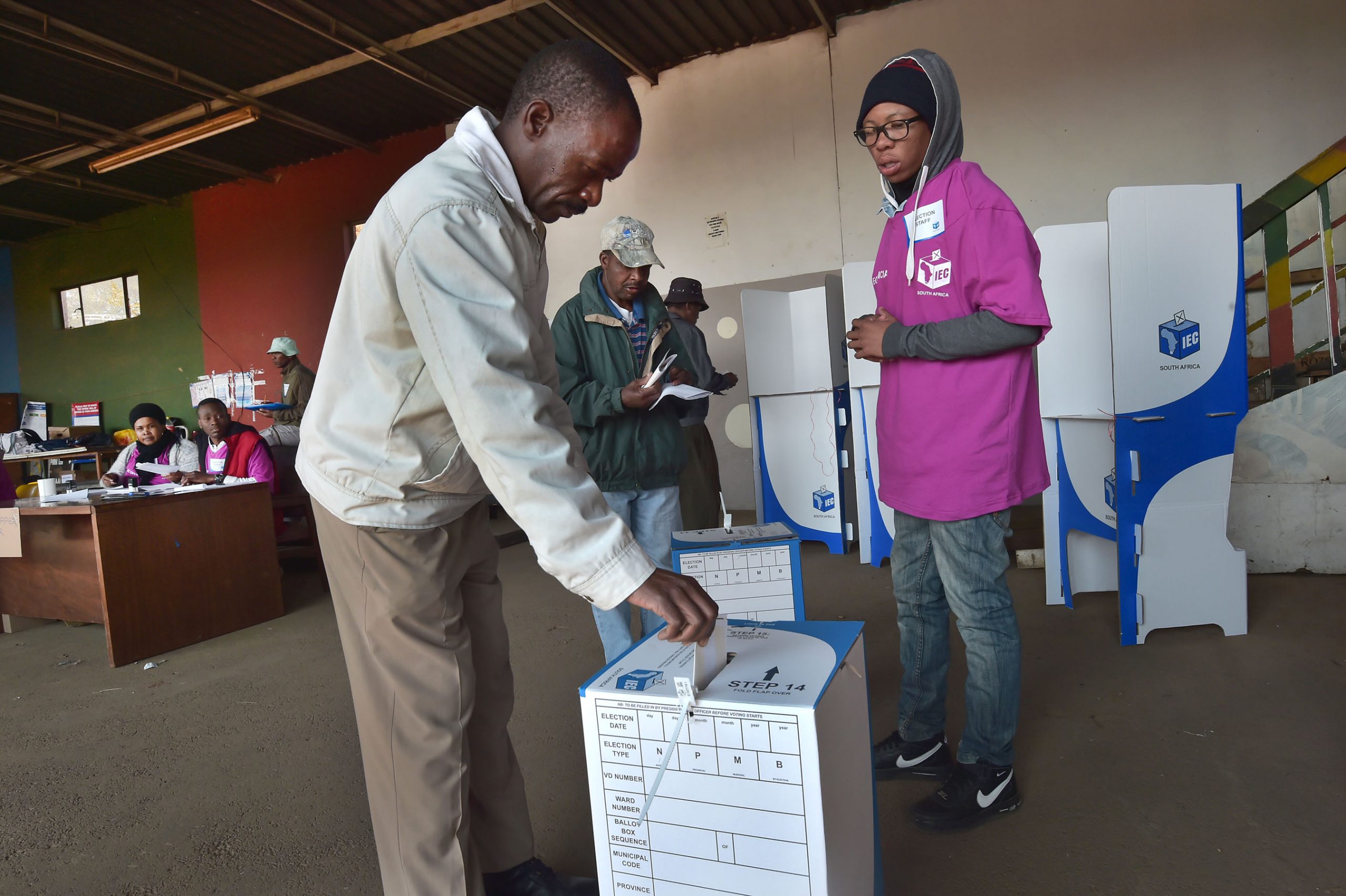 Photo: Local Government Elections 2016 in Diepsloot by GovernmentZA via Flickr used under CC BY 2.0 https://www.flickr.com/photos/governmentza/28145143644/
Blog
#WorldPhilosophyDay: Why do we think voting works?

Today is World Philosophy Day, a day for nations to renew their commitment to this important subject. Philosophy matters to NIMD because not only does it give us ideas for how to support democracies better, but also shows us the secrets of political behaviour in the first place. To mark World Philosophy Day 2020, we explain some philosophical ideas around that most important of democratic acts: voting.

VOTING comes in countless forms – from ballot boxes to inked fingers to shouting in a village hall. While methods vary, one thing is consistent across cases: folks generally agree that the public deciding together is a good way of peacefully managing society. But this hasn’t always been the case, and so the question we should ask on World Philosophy Day is why?

No matter your political affiliation or seniority, occasionally revisiting foundational concepts is useful for self-reflection and for refining one’s own ideas about politics and society. When it comes to voting, one simple dichotomy to reflect on is whether you think voters truly are rational or not.

Your answer might tell you a little more about why you support democracy, and how you can work to make it better.

So voters are rational, right?

On the one hand, you could say voters are smart people who act pretty rationally. After all, we’re smart enough to run household budgets, file tax returns, be creative with art and music, and so on. I even nearly completed a Rubik’s cube once.

So surely on election day, rational actors can come together, check the policies, and choose the government that best serves their needs. Democratically-minded folks sharing this view see voting as a smart idea because we get the public to pool their wisdom and choose together.

This type of thinking is often cast under the term ‘Rational Choice Theory’. Its backers argue we can see it at work modern elections, where parties perceived to be the best at handling the economy often have an upper hand in the polls. Furthermore when surveyed, voters often put issues such as the economy and healthcare at the top of their priorities, and subjective moral issues often take second place. The fact democracies such as the US, UK and Norway appear to be so wealthy is sometimes credited to their democracies too.

So why do rational choice thinkers reckon it’s good to put things to a public vote? It’s because instead of one person, family, or group deciding who gets to lead, we let the rational-enough public have its say, and the smartest, most convincing candidate wins. The election incorporates the diverse perspectives of the public, and we get the best leaders as a result. The fact the public chose together also means we’re more likely to accept results even if our side lost, and to see peaceful transfers of power.

…Or are we less rational than that?

Before you go putting all that faith in the voting public, there’s a second side to this coin. What if voters aren’t rational? Should we even trust them with the vote at all?

Well, obviously being pro-democracy but anti-universal suffrage is a bit of a non-starter, so let’s scrap that. Even if you think voters don’t act entirely rationally, chances are you still want them to vote. Not only do elections get everyone on board with the system so society can continue to function, but they promote national conversations and build movements that lay the ground for future. This means a perception of elections that is very different from that of rational choice theorists.

If voters are in fact irrational, that means polling decisions are made with many considerations. Perhaps economic, perhaps social, perhaps even due to a personal dislike towards a candidate, or even bigotry. That means elections results are more than a cold calculation of policies, and a decent voting system will reflect society’s opinion in a very different way – even if voters aren’t all rational.

Therefore elections are the chance to build enthusiasm behind movements, and for dialogue to bridge these rising individuals and groups together in the spirit of national progress. Sure, someone could come in and use heat and division to win a big slice of the vote (such as Trump’s “Make America Great Again!” or the ultra-nationalist Austrian Freedom party’s “more courage for Viennese Blood”), but messages of positivity are almost always more effective and most people, given a choice, don’t vote for extremist parties.

However this goes against rational choice ideas as it implies that voters’ perceptions can be manipulated, and therefore voters are irrational. People don’t just act on information, they also act on feelings – and modern politicians and marketers have realized this. In normal consumer marketing, emotional messages are shown to do better than ones pleading to our rational side. Companies are increasingly keen to show they align with our own values rather than simply sell products, with oil companies advertising their green credentials and paper companies advertising their tree-planting schemes. In elections, we see emotive slogans, not detailed policy briefs, at the top of campaign documents. It means democracy is vulnerable to those willing to bend or break the rules for their own gain.

So voters’ emotions can be misused or manipulated, but they can also lead to extraordinary things. A price worth paying for keeping our lives democratic? Or is this a point to the demagogues?

Either way, you’re a democrat

Hopefully you’ve now had a chance to reflect now on where you’d sit in this debate. Both sides have pitfalls, and we can in fact manage elections to minimize some of the risks highlighted by each theory. But whichever side you fall onto, one thing I’d want to leave you with relates to participation.

No matter whether you think voters are rational or not, participation in almost all democracies is skewed because women and young people participate much less in politics than men. If we want to know more about whether voters are rational or not, we first need to get them all on board. Barriers – be they social or economic – still stand in the way of these groups’ political activity.

Therefore let’s hope that our collective rationality, or a powerful new movement, comes forward to include these people in our democracies.