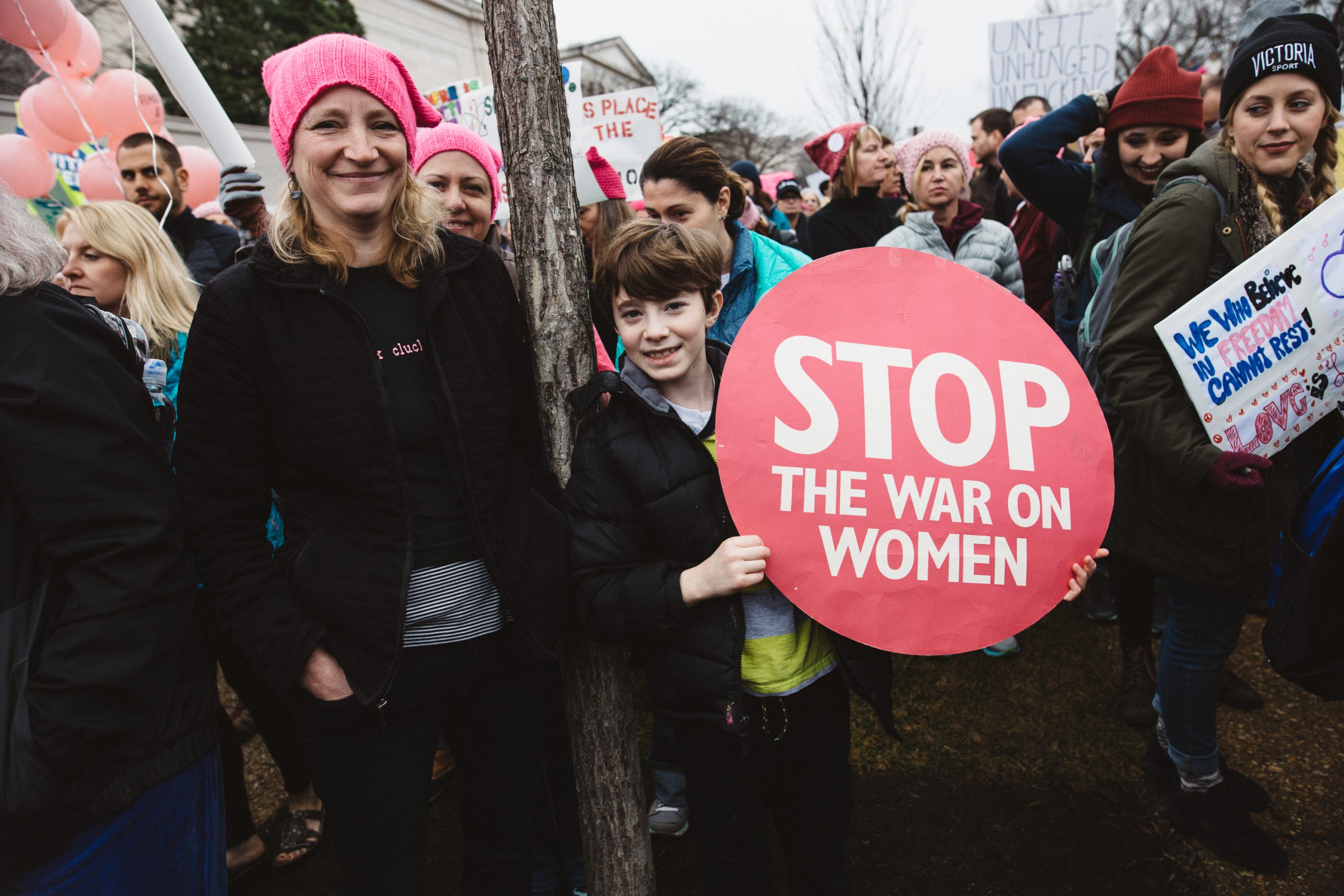 Every March, women around the world hold large-scale protests, coordinate events, and lobby their governments to take action on gender equality. To mark International Women’s Day, and the UN month for gender equality, NIMD will be sharing insights from our work to make women’s voices heard. This blog is from Reem Judeh, Senior Programme Manager at NIMD.

Gender equality does not merely strengthen democracy; without women equally involved in all aspects of political processes, there is no real democracy to begin with.

Granting equal rights for all is the very essence of any democratic country. Democracy is not solely about a multiparty system, fair elections and accountable institutions; it is equally based on human rights, participation and inclusion of all citizens, including the marginalized. Democracy that is overlooking the aspirations and potential of 50% of the society is inherently biased – and therefore not a democracy at all.

More and more evidence shows that increased women’s political participation leads to higher chances of successful peace negotiations, and increased cooperation across (traditional) political and ethnic lines. Moreover, their inclusion increases chances of effective action on issues related to healthcare, reproductive health rights and unemployment. And the best way we can ensure women’s participation in the policy process is through dialogue.

The 2020 Global Gender Gap Report measures four sub-indexes of equality, and most worryingly for NIMD, the largest gender disparity among the four is – once again – the Political Empowerment Gap. Despite being 2020’s most improved sub-index, mainly due to increased female parliamentary representation, only 24.7% of the global Political Empowerment Gap has been closed. Total global representation is still well below the 30% benchmark often touted as a minimum necessary level of women’s representation. Having only one woman for every four men in parliaments around the world is alarming, and echoes systemic imbalances we see elsewhere in terms of take-home pay, working rights, and even options in education. All represent an overwhelmingly male bias within systems and societies, and these disparities improve when women are included in the decision-making.

That said, it is worth highlighting positive developments and key champions, such as Iceland and Scandinavia, who have repeatedly scored in the top of the gender parity list. Notable risers in this year’s Gender Gap Report include Ethiopia, Mali and Mexico. Rwanda, which is categorized by the UN as the 48th least developed country, surprisingly beats the USA in terms of gender parity. Additionally, Namibia, a second country from Sub-Saharan Africa made it to the top 20, illustrating Sub-Saharan’s significant increase in women’s representation in parliament. The MENA region on the other hand, despite slight progress being made, remains at the bottom.

No time for resting on our laurels

Each step made towards gender equality in politics should be celebrated, yet warning signs should not be ignored: the 2018 Gender Gap Report said that it will take 95 years to close the gender gap in political representation. At our current pace, neither us nor our children are likely to witness women’s equal participation and representation in politics. Yet there is a wealth of opportunities, such as the wide global commitment to the SDGs, that must be seized.

Much work needs to be done – beyond words, goals and normative frameworks – to achieve both de facto and de jure political gender equality. Our Tunisian partner CEMI recently observed that while Tunisia’s new Constitution guarantees the “equality of opportunities between men and women to have access to all levels of responsibility and in all fields…”, their representation in Tunisia’s assembly is well below 50%, and the position of Tunisian women in rural areas remains extremely uncertain.

Last month, NIMD hosted the Ambassador of Sweden to gain insight into her government’s feminist policy – the first such approach to policy in the world – and how it aims to ensure that a gender equality perspective is brought into policy-making both nationally and internationally. This policy decision comes as no surprise – Sweden is traditionally a champion of women’s rights, with a robust track record towards UNSCR 1325. However, my main take was from when a colleague of the Ambassador said “Don’t underestimate the power of Dialogue”, when I asked about why organizations mainstream gender, and what enforces that inclusion.

Bingo! This is where NIMD plays a role. Dialogue is a key approach of NIMD, using it as an inclusive and sustainable way to find solutions for complex issues. We need to reap the benefits of our position, as we have facilitated political dialogue in even the most challenging of places. We are experienced in working across the political spectrum and engaging with all political actors to work towards inclusive democracy – true democracy – in which women are fully and effectively participating.

Simply demanding changes does not bring about sustainable progress for women’s rights. Securing change that lasts is a more complex process. We will continue to use dialogue with politicians and policymakers, recognizing that doing so will fundamentally challenge long-standing beliefs and actors’ historically established rights to power. We will keep on fostering debate, challenging biased laws, and working with parliamentarians and decision-makers to advance women’s meaningful political participation and, ultimately, gender equality.