Home > News > Whose Democracy? Exploring the concept of democracy across Africa
Back to overview 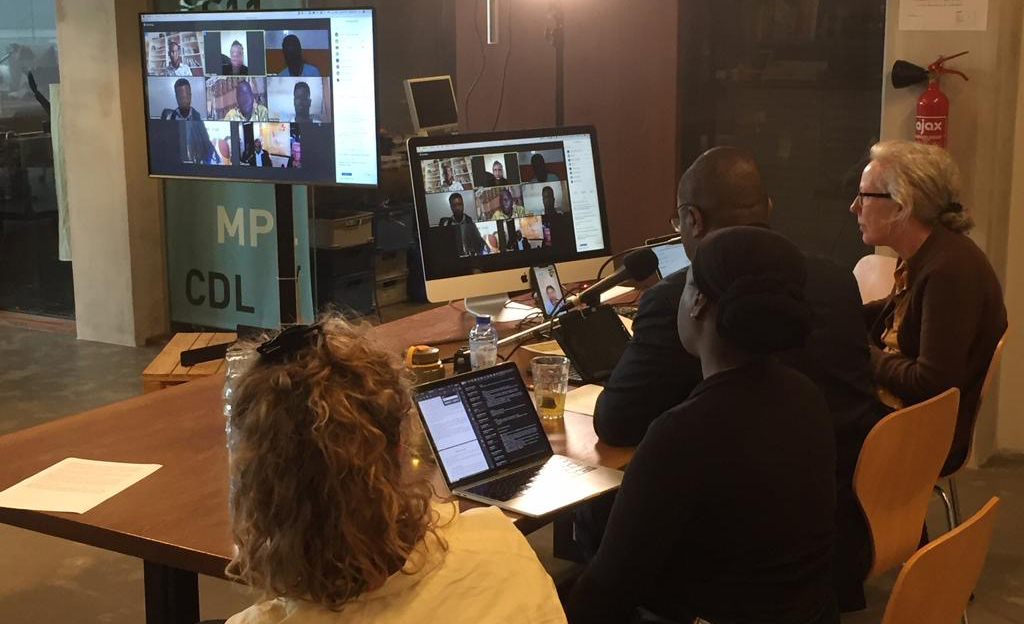 Whose Democracy? Exploring the concept of democracy across Africa

NIMD has embarked on a new project, called ‘WhoseDemocracy? Lab’.

The project brings people together from across the African continent, to rethink the concept of democracy.

The idea is to create multi-disciplinary Democracy Labs, online spaces that bring together people from different countries, contexts and backgrounds.

These people will embark on an innovative process where they will step out of tradition, and work together to question assumptions, think creatively and get to the core of what democracy means to them.

But, more than that, we hope that the conversations we initiate will lead to more actions and initiatives. Exploring what democracy means, where current systems fail, and where there are opportunities for change are important first steps towards more inclusive democracies that really work in their context. It’s about ways to “do democracy” that fit the context, needs, cultures and norms of each country.

In September, two lively Democracy Labs were held to analyze shortcomings of the current democratic system. 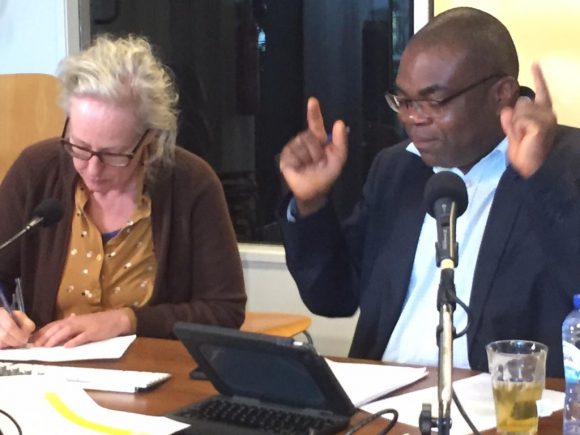 The Democracy Labs so far: Lab 1

The outcomes of the first of these Labs revolved around civic education, state trust, marginalization of ethnic groups and culture-specific democracy.

There was a general consensus during this conversation that democracy, as known and currently practiced in African countries, has not been suitably adjusted to fit the different contexts in these countries.

There was a feeling that the way democracy was implemented in these countries was a copy-paste exercise gone wrong.

“We are using the wrong map. You can’t expect to use the democracy map of England in Nigeria, knowing that it is totally different. It is a different context.”

One Kenyan participant highlighted, for example, how European ideas of democracy transformed themselves into a universal understanding of what democracy means. This led to a disconnect with Kenyan politics, where she believes that elections too often have a very ethnicity-based context. 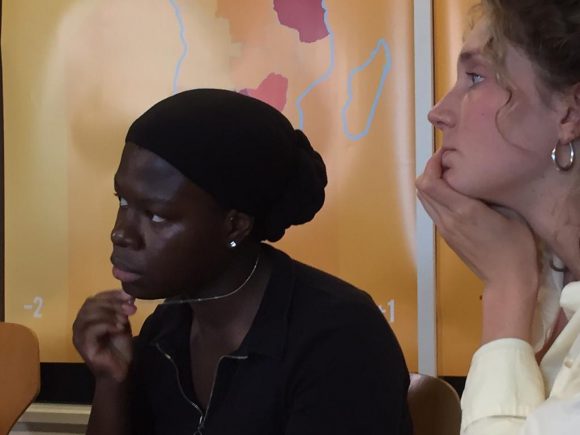 So, how to ensure a better fit with African contexts? Participants felt that part of the answer could lie in learning from the past; taking pre-colonial times into account; and understanding the link between democracy and culture.

The Democracy Labs so far: Lab 2

Like the first group, the outcomes of this group revolved around civic engagement, education and a lack of stable institutions.

While some members of the group questioned whether democracy could be replaced with a different type of political structure, others felt that a more contextualized democracy was the way forward.

“We need to contexualize democracy. We cannot want the alternative. (..) The alternative is dictatorship. We are saying there is a problem with the Western and eurocentric ideas of democracy, which is really based on individualism and European ideals.”

One participant stressed that being depressed about the state of African democracy is good, as the current state of democracy is, in fact, depressing.

“Unfortunately what we have is government for the elite, by the elite, for the elite. They do everything just to get to the position and when they get there they just amass wealth.”

When asked how to move forward, many participants stressed a need to move away from a societal division between elites and the people. For them, the system should at all times serve the people, all of them and not just ethnic majorities. 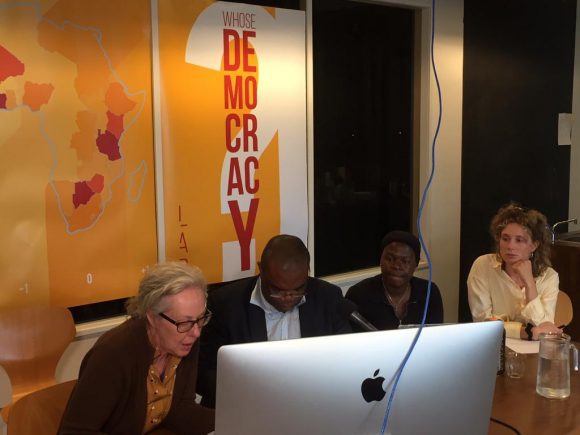 So, what next for the WhoseDemocracy? Lab project?

As session facilitator Michael Onyebuchi Eze points out, the conversation is still ongoing.

“We have been able to dissect some of the issues and challenges for democracy in Africa.

Since the experiences of the participants are varied and cannot be generalized, we need to think about how these issues can lead to meaningful proposals that work in their different contexts.”

Through the whole process, we are hoping for a meaningful dialogue that will stimulate change and lead to a healthier political climate.”