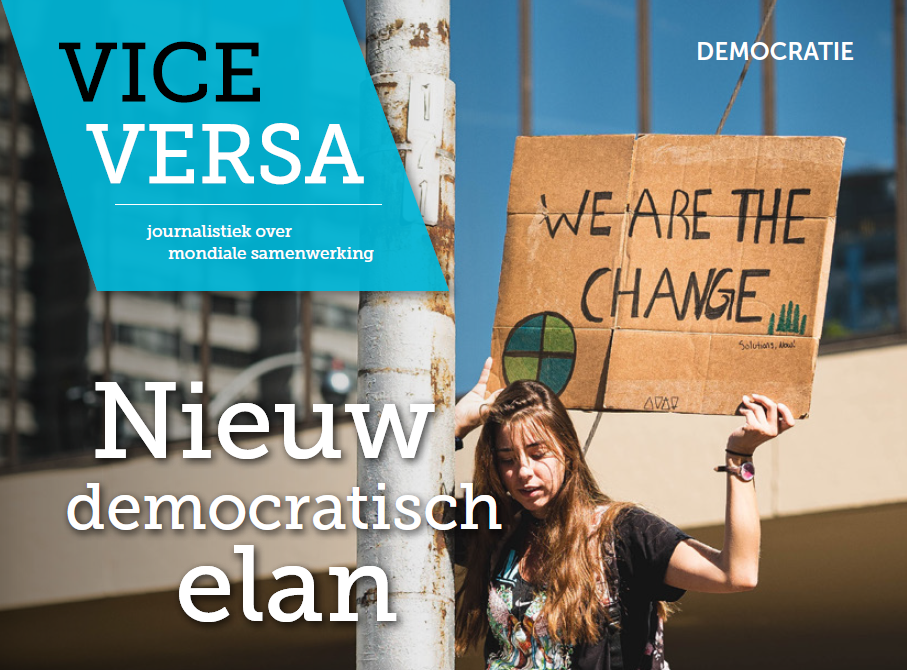 Many people claim that democracy is in decline. But is this really the case? Despite the criticisms we can make of democracy, it remains an ideal for people around the world – from Bogota to Baghdad. In this Vice Versa Democracy Special we look at the fundamentals of democracy, showing why it deserves our constant attention. Why? Because ultimately, democracy is the only system that can give a voice to all people and encourage peaceful decision-making.

Since NIMD was established twenty years ago, we have witnessed several waves of democratization worldwide. But how has society changed since then? What are the barriers to democratization today? And are we witnessing a new democratic age unfolding in 2020? To address these questions, we’ve collaborated with Dutch development magazine Vice Versa for a special issue on democracy and an exclusive event in The Hague. Scroll down to read the Democracy Special and for details on signing up for the 10 February event in The Hague.

What’s in the Democracy Special?

In the issue, NIMD Executive Director Thijs Berman has written an editorial on how deepening democracy can deliver a sustainable alternative to populism, which he says rarely delivers on its promises. You can also read about how dialogue is unlocking political stalemates in Uganda, where NIMD engages with party leaders and President Museveni to build consensus.

Another feature explores how the citizens and governments in Colombia, Myanmar and Tunisia are realizing that peaceful elections were just the first step in building democracy – the road is in fact a long and winding one, with no shortcuts on offer. The magazine also shines a light on Mozambique, where a democratic approach may be key to the country avoiding the ‘natural resource curse’.

The Vice Versa Democracy Special is available now, and you can download it here or read the issue in the reader below. Please note the magazine is written in Dutch.

Join NIMD and Vice Versa in The Hague

To accompany the release of the Democracy Special, NIMD and Vice Versa are hosting an event in The Hague on 10 February. The Inclusive Democracy Talkshow will bring together democracy experts, politicians, and civil society groups to discuss how we can support the spread of democracy and use it as a tool for a more peaceful world. We hope you can join us for an inspiring evening of debate and discussion in The Hague.

Please note the event will be in Dutch.

More information and online registration is available on the Vice Versa website.