Home > News > #UN75 The future we want: Active and politically engaged youth in the MENA region
Back to overview 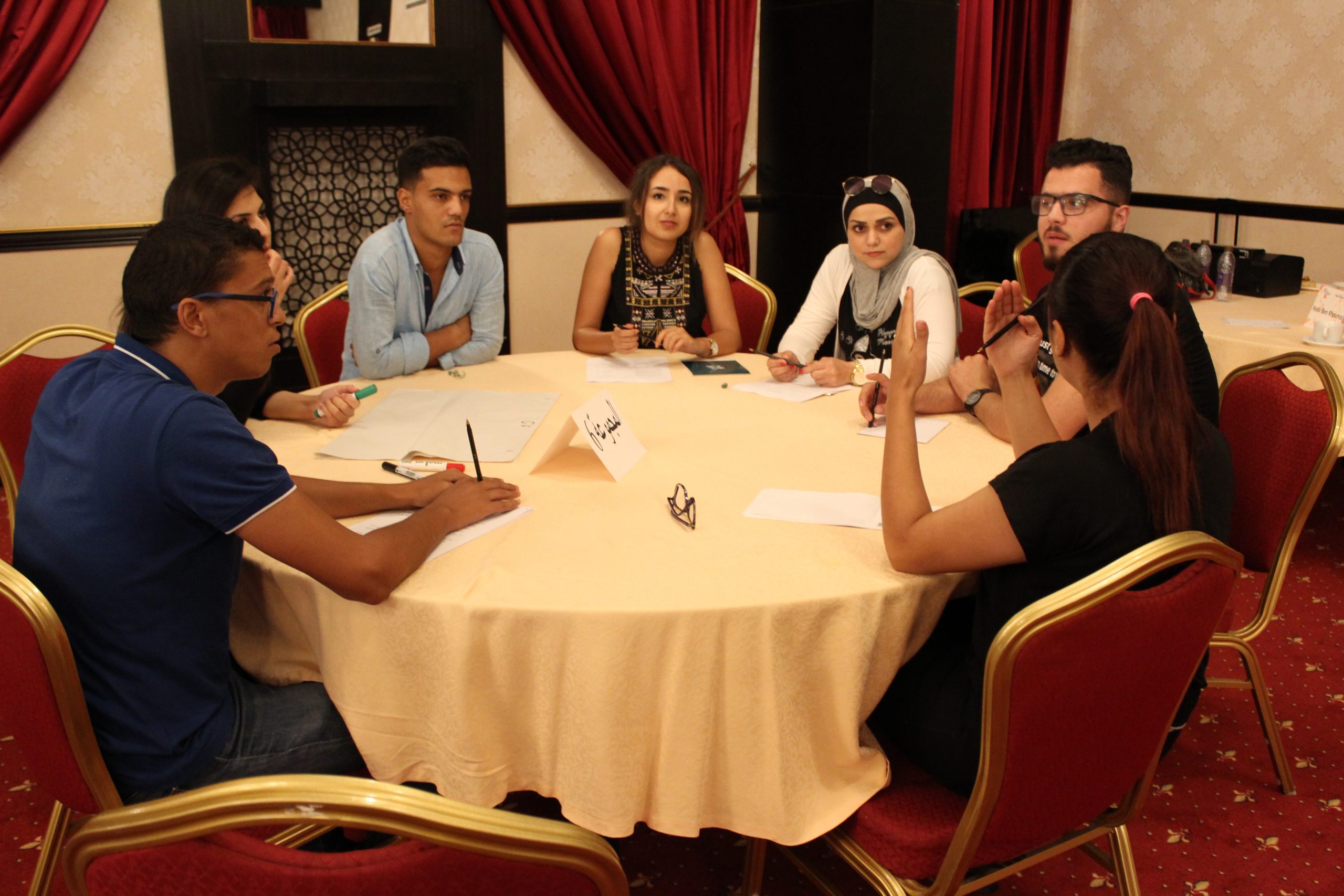 News
#UN75 The future we want: Active and politically engaged youth in the MENA region

To celebrate its 75th anniversary, the UN is holding a global dialogue, asking people around the world to reflect on the future they want.

At NIMD, the answer is clear… the future we want is a more inclusive society, with equal opportunities for the active political participation of all groups, regardless of their background and perceived characteristics. Around the world, people of all ages, genders, religions, opinions, sexual orientations and ethnicities must have avenues to make their voices heard.

So, how does NIMD contribute to such a future?

As part of our reflection, we look at how our work is supporting more young people to make their voices heard through politics in North Africa and the Middle East (the MENA region). 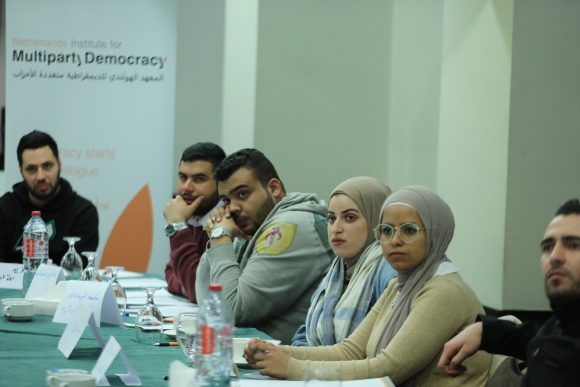 Young people comprise a large portion of society in the MENA region, with 15-30 year-olds making up a quarter of the population.

This vast group of people is also disproportionately affected by the toughest development challenges, including unemployment, violent conflict and access to education.

So young people really do have a stake in politics. 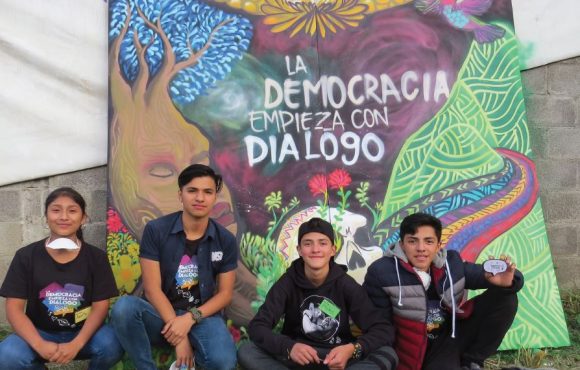 Despite this, young people can fall victim to discriminatory sociocultural norms that do not afford them the same rights as older generations. They are often excluded from political processes, only having a limited say in how their country’s affairs are handled.

As a result, these citizens are removed from the bodies tasked with defending their rights.

But today’s youth represent a critical opportunity for global development and progress.

We need the leadership, energy and ideas of young people in order to develop more stable, democratic and prosperous societies. And solutions to the world’s major challenges – such as climate change – need to be designed and supported by those who will endure the most of them.

To us, the conclusion is clear… With the political inclusion of youth comes accountability, trust and dialogue; without it comes inequality. 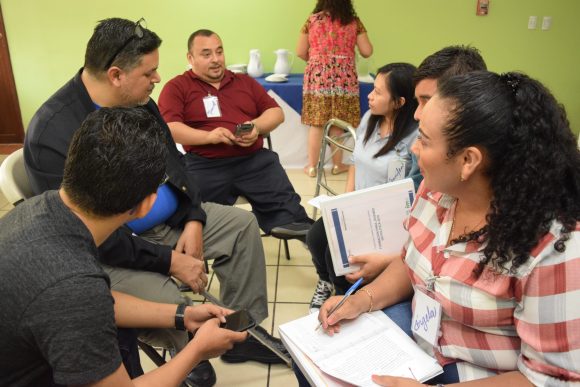 How is NIMD working towards the future we want?

Around the world, NIMD is working with young people and established political actors to open up more opportunities for young people to participate in politics.

Through training and Democracy Schools, we provide young people with the skills, knowledge and values they need to make a difference in their democracies. And, through our dialogue initiatives and work with political parties, we are starting to break down the barriers to youth participation. 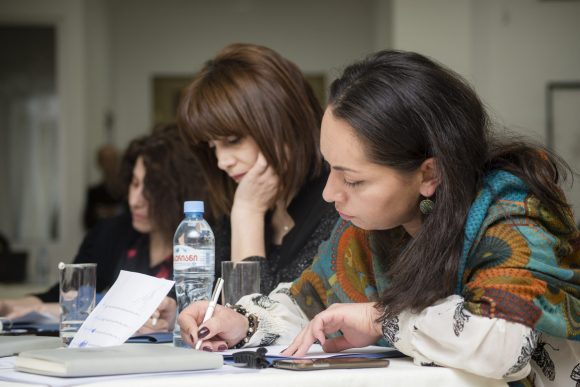 Working with youth in Jordan

In Jordan, for example, NIMD runs training for young politicians and civil society representatives through our “EU Support to Jordanian Democratic Institutions & Development (EU-JDID)” programme and the Jordan School of Politics (JSoP).

We provide young people from across Jordan’s political spectrum with knowledge and skills to enhance their political participation. It’s about sharing knowledge between aspiring young politicians in the country and helping them to learn from each other’s experiences.

We are confident that, when they graduate, these young people will be better informed, with a deeper understanding of politics and the conviction that inclusive politics requires finding a constructive way to work collaboratively despite differences.

The Tunisia School of Politics

In Tunisia, NIMD and Demo Finland provide support to the Tunisia School of Politics (TSoP), a space for young politicians to come together in a multiparty setting to learn the skills and knowledge that they need to go further in their political careers. The School is implemented by the Centre des études méditerranéennes et internationales (CEMI). 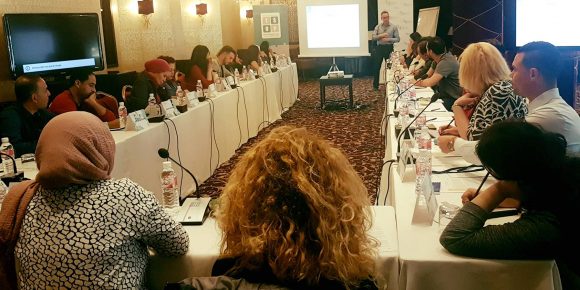 In Tunisia’s 2019 parliamentary elections, 53 TSoP participants were elected to Parliament.

Through TSoP, the participants had been able to pick up skills linked to electoral campaigning such as public speaking, and speech and manifesto writing.

But it wasn’t purely about campaigning skills. The political knowledge that students acquire through the school gave them an advantage, and their political parties chose them to head election lists. 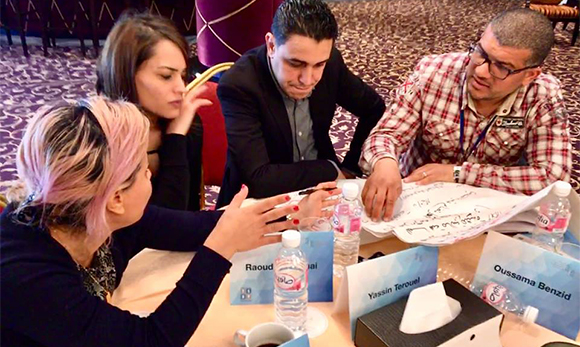 The newly elected TSoP participants are currently changing the political landscape, a landscape which they may not have identified with previously.