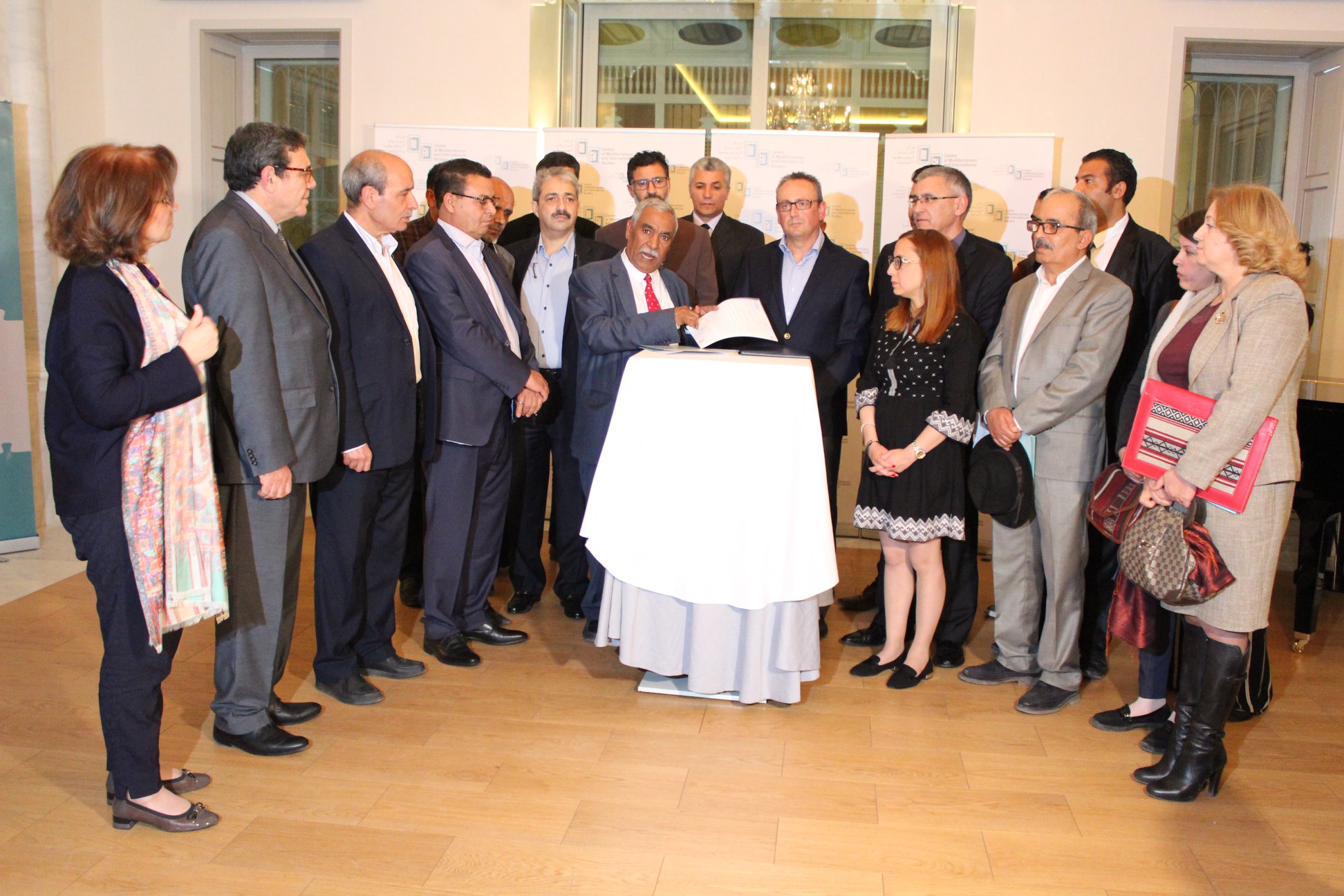 2019 is an important year in Tunisian politics, with voters set to elect a new National Assembly and President in October. Ahead of this, its essential that parties all know the rules of the game and adhere to democratic principles. Without this precondition, prospects for Tunisia’s democratic future are put at risk.

Since 2016 NIMD’s partner, CEMI Centre des Etudes Méditerranéennes et Internationales Tunisie (CEMI), has hosted a dialogue platform for Tunisia’s political parties, which meets regularly to discuss political developments and foster trust between the parties. Ahead of this year’s elections, a series of special interparty dialogue sessions have been convened by CEMI to help create a level playing field and foster mutual respect between Tunisia’s political parties during the elections.

At the end of May, 12 of Tunisia’s largest parties, including Mashrouu Tounes, Nidaa Tounes, Ennahdha, Afek Tounes, and the Courant Populaire Party came together to sign the document that came out of that dialogue: The Charter of Loyal Electoral Competition. 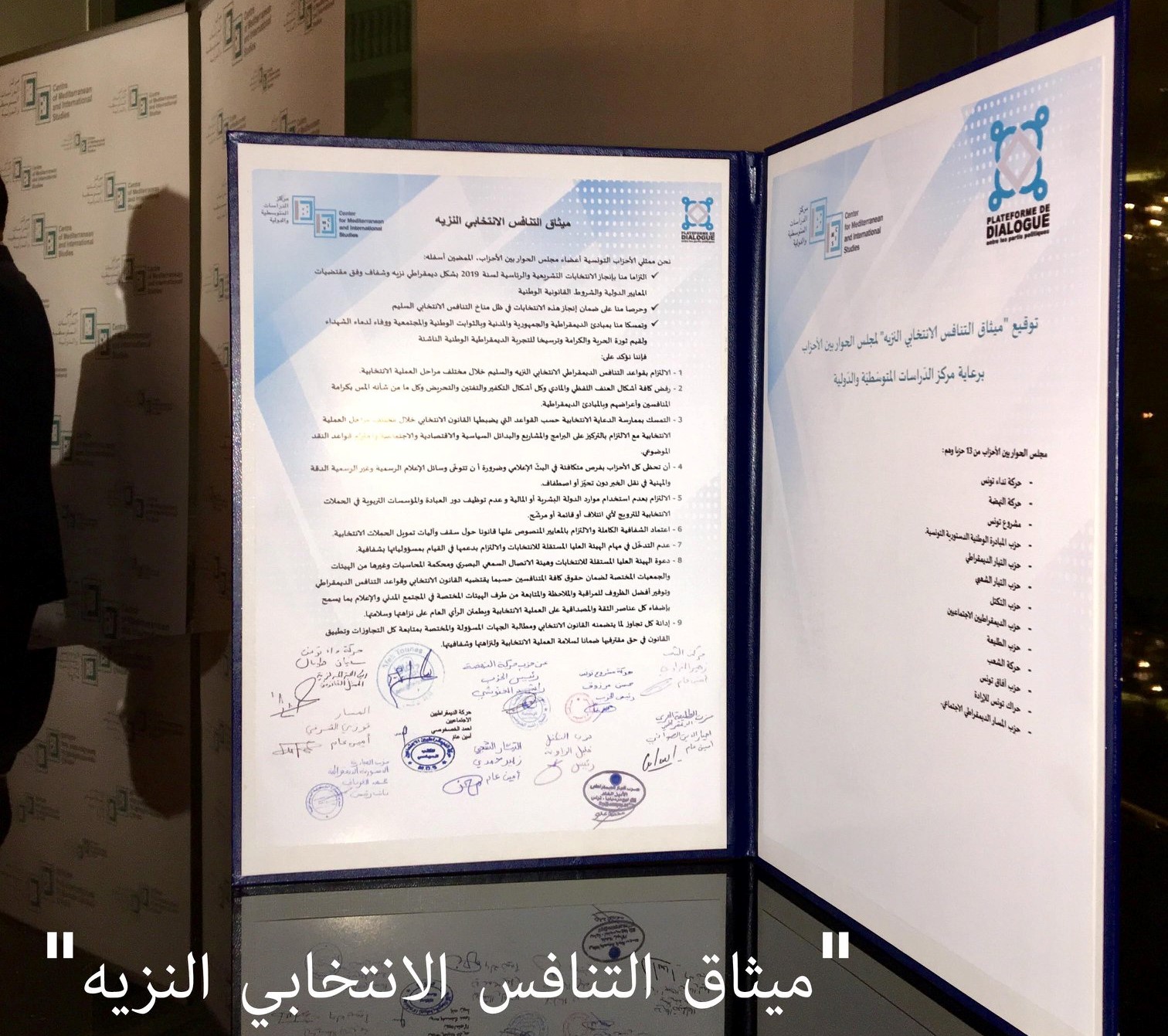 As well as serving as a basis for party conduct during the elections, the Charter also serves to consolidate the culture of dialogue and create a transparent and democratic political environment between electoral cycles. The points in full are:

This list of pledges is a remarkable commitment, especially given the numbers of parties involved in the dialogue. International media attended the ceremony to get party leaders’ opinions of what will be one of 2019’s most closely followed elections. With several years having passed since the Arab Spring and Tunisia being often cited as a success story from that political upheaval, many are hoping to see a reaffirmation of the country’s democratic transition this October.