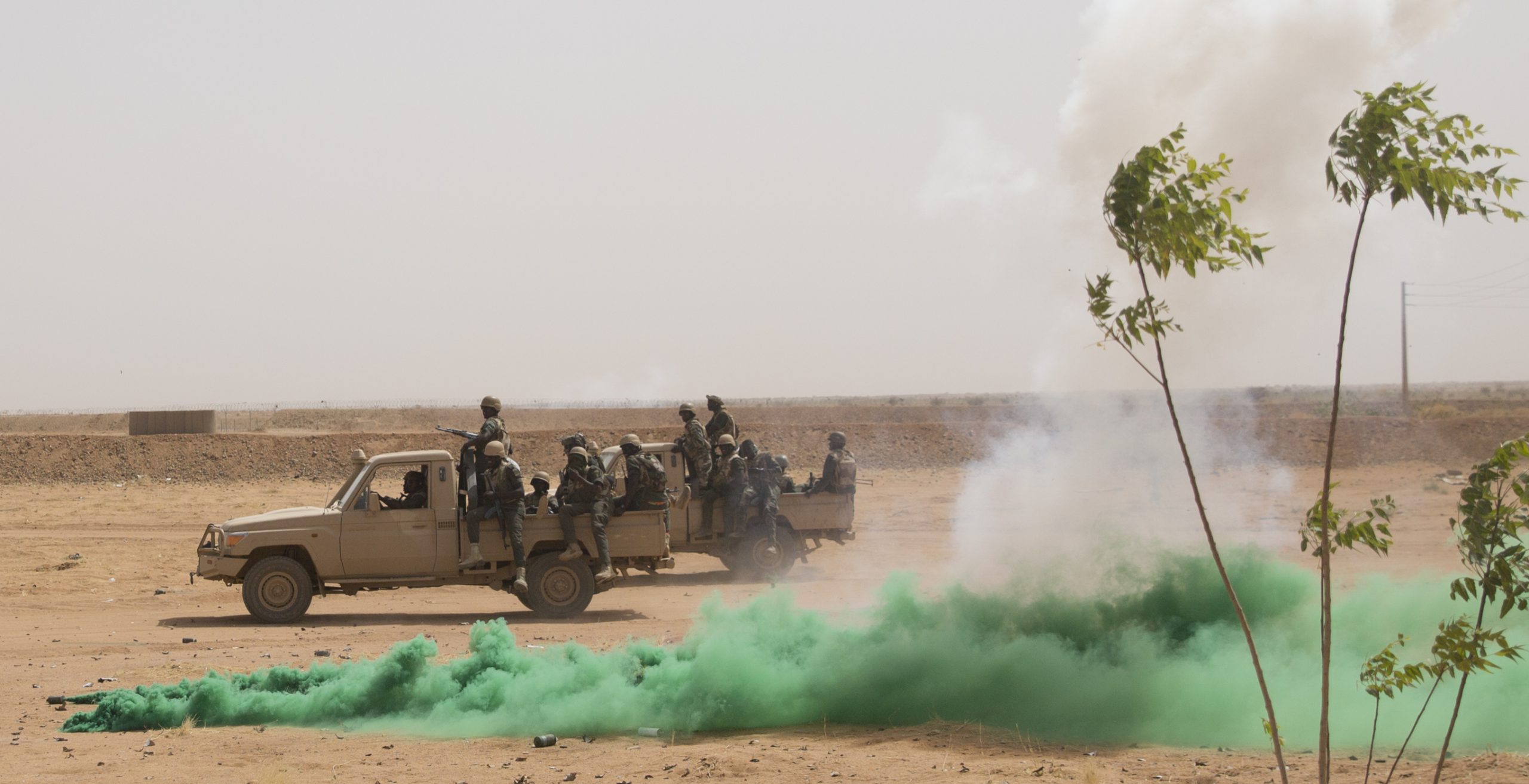 Photo: USAFRICOM via Flickr used under CC BY 2.0
Soldiers alone will not help the Sahel

This is an English translation of an article that originally appeared in NRC (in Dutch). Read the original here.

The year 2020 was the deadliest since the Sahel crisis began nine years ago. Civilians faced violence from both security forces and jihadist groups, and the number of displaced people has reached 2 million.

Last week, a summit of Sahel countries (Burkina Faso, Mali, Mauritania, Niger and Chad, united in the ‘G5 Sahel’) and their international partners took stock of their joint efforts in the Sahel. France was there; the country intervened in Mali in January 2013, and more than 5,000 French soldiers remain active in the region. But the Netherlands, a country which supplied troops to the UN force in Mali and now officers for the French-sponsored ‘Operation Barkhane’, also spoke.

Those who know the region, and can read between the lines of the final communiqué of the summit in N’Djamena (Chad), recognize a slight malaise. Tactical military successes are widely publicized, but they can hardly disguise the fact that the security situation is getting worse.

Last year some 7,000 people – military, jihadists and civilians – died in the Sahel. With more than 200 blue helmets from countries in the region already killed, ‘MINUSMA’ is one of the deadliest UN missions. The French also mourned the deaths of 55 of their own troops under Operation Barkhane. But the vast majority of the victims are civilians. There is therefore increasing criticism of the presence of foreign troops, and anti-French sentiment, especially in Mali, growing.

The key players in the Sahel can no longer escape the fact that the solution to the crisis cannot be (only) military. Regional elites are therefore starting to reluctantly admit that providing services to the population would contribute to stability.

But instead of asking how the state can improve its services, the emphasis is on restoring the presence of the state in the many places in the Sahel where it no longer exerts control. Thus, we are back to an agenda driven more by sovereignty than by the citizen.

Anyone who takes the trouble to listen to the people will hear that the state in its current form is actually not very welcome at all. Societies in the Sahel are going through enormous transitions as a result of the friction between what are still partially feudal societies and the modern nation state with Western-style institutions. These transitions are accompanied by destabilizing shifts in power relations. Strong institutions and visionary political elites are needed to steer these transitions in the right direction, but unfortunately these are lacking.

The ruling elites have rather adopted colonial practices of governing; approaching the population as subjects, instead of putting themselves at the service of the citizenry. As a result, the state is seen as an intruder.

In addition, the ruling elites are hardly representative. In 2019, the Netherlands Institute for Multiparty Democracy commissioned research in Mali, Burkina Faso and Niger into the costs of political office. The findings showed that candidates invest large sums of money in their election campaigns; sums so large that they are disproportionate to what they can expect in terms of formal income later as members of parliament.

The core finding of the research was that political power is lucrative and is more often bought than earned on the basis of political programmes.

As a result, politics has little to do with the public interest any more. The state mainly serves a small upper class, the same upper class with whom the international community does business to improve the security situation in the Sahel. It should come as no surprise that a powder keg of inequality and injustice leads to migration and undermines the state from within.

For years, civil society organizations have been calling for a shift in focus away from the military and towards addressing governance deficiencies. Only last year, the South African Institute for Security Studies said that “high level meetings will not solve insecurity in the Sahel”, and earlier this month, the International Crisis Group called for a “change of course in the international stabilization strategy”. The Civil Coalition for the Sahel, an alliance of civil society organizations, wonders why the authorities only pride themselves on the number of terrorists they have neutralized, and not on the number of civilians they have protected. The message from all these organizations is: if you do not listen to the local communities, if you do not involve them in decision-making, then your investments will come to nothing.

Let us not wait until things go wrong before we enter into dialogue with the population. The message it sends is that you will only be listened to if you take up arms. Now, participation, mediation and dialogue activities are only developed mainly in areas and with groups that are already experiencing violence. We must move away from this reactive, urgency-led agenda and look for structural solutions. Negotiation and mediation initiatives must not take the place of a functioning, participative and truly representative democracy.

Working on good governance requires political courage. It takes stamina, is difficult to capture in measurable results and is rarely welcomed by the administrative elites on the ground. But it does touch upon the essence of the security crisis in the Sahel, of which every step towards a sustainable solution serves the local population as well as the strategic interests of both continents. After all, Africa and Europe are a stone’s throw away from each other.

The Netherlands has much to offer: an egalitarian governance culture focused on inclusiveness and participation, and a development policy that is not afraid of political action. Stability cannot be achieved without the people of the Sahel. They need the Netherlands, even more than for military support, as an ally in their fight for good governance and accountability.

Hear more from Mirjam by following her on social media. For a more in-depth look at Mali’s political context, you can also order her book: ‘Mali: Een Kaartenhuis’ online.