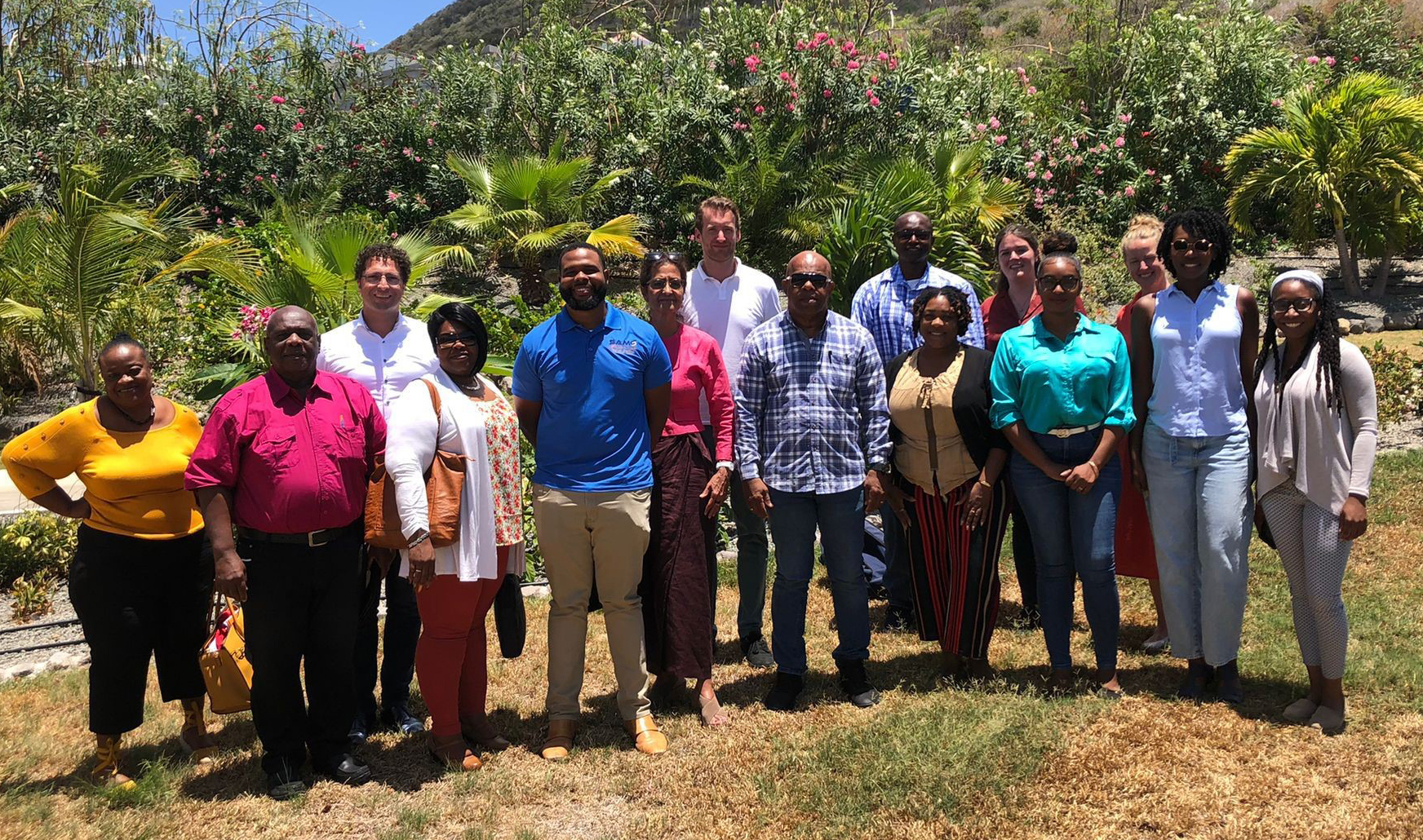 NIMD is proud to have facilitated pilot induction sessions for the Island Council of Sint Eustatius in the Dutch Caribbean. The pilot was attended by the current Island Council members and by the island’s new and upcoming young political leaders.

The Statian Island Council functions at the municipal level within the Kingdom of the Netherlands. The Council has been back in office since 2019, after the Dutch national Government had dissolved it in 2018. It currently operates with limited rights, but is in a process with the Dutch Government of restoring all its rights and duties as Island Council, including budget rights.

To support the Council in this process, NIMD worked alongside the Council Members to design a training package to be used for newly elected Members after every election cycle. With the package, the Island Council can facilitate expert conversations between experienced and new Council Members. This guarantees experience and knowledge transfer, and learning on the ins and outs of the daily governing of the island.

Since the package can be used after each election cycle, it will continue to have a long-term impact and ensure support for all new Council Members in the future.

Important topics in the induction training package include how to structure political relations between the local and national government; how to create a culture of dualism; a political toolbox for Council Members; and the Code of Conduct and rules of procedure for the Island Council. These topics were chosen on the basis of what the current experienced Council Members believe would benefit newly elected Members most in taking up their position.

NIMD is currently in conversation with the St. Eustatius Island Council, the island’s Government Commissioners and the Dutch Ministry of Interior to discuss further engagement on the island and the wider Dutch Caribbean region.