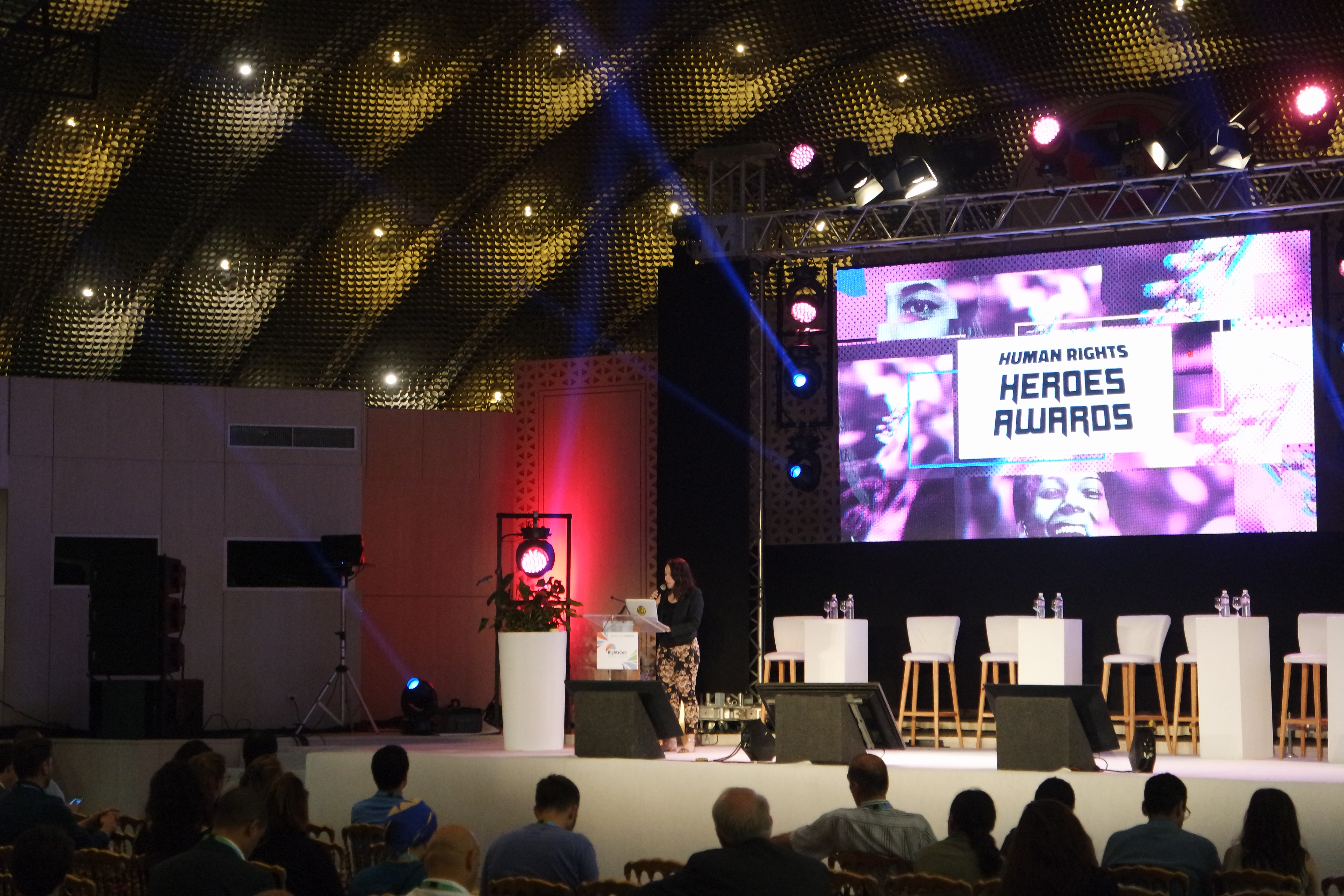 Last week, NIMD’s Will Derks was in Tunis attending #RightsCon2019. As Innovation Advisor, he went to discover the latest ideas and inventions that can help us use technology to further democracy. Every day, he shared the lessons learned and the stories of people he’s met while in Tunis. Read the rest of the series here.

Some 3000 people from around 120 countries – representatives of countries, international organizations, the corporate world and civil society – gathered last week in Tunis, the capital of Tunisia, to discuss human rights in our digital age. Similar to democracy, that has truly come under siege during the past two decades or so, human rights are not faring well.

People pay with their freedom, their health, and their lives for something I often take for granted. There are millions out there who are not free, who cannot speak their minds, who are incarcerated without trial, abused, humiliated, and tortured if they dare to express dissenting views. The questions is whether, and how, digital technology can help turn the tide.

The conference theme “Human Rights in the Digital Age” is more pressing now than ever. We’re playing catch up if I’m honest. The proliferation of the Internet has outpaced our understanding of its wider effects, and we’ve not done enough to use it to support our rights. Digital means have helped galvanize modern protests, but not enough has been done to prevent nefarious activities in cyberspace. That’s led us to today’s predicament, where opaque advertising, foreign meddling, and blanket surveillance are just a few of the fears we have about technology and our basic democratic freedoms. The Cambridge Analytica scandal could have been the watershed moment; however we’ve carried on just as we did before.

One thing RightsCon has shown me is that we are well aware of the problems, but haven’t yet invested enough into the solutions. Time will tell as to whether we meet this challenge. While many of us like to think that oppressive governments are in decline and democracy will eventually prevail, there are still reminders that regimes can and will turn against citizens for trying to exercise their democratic rights.

I have become aware of this most concretely, and painfully, when recently an Egyptian friend was arrested in Cairo for exercising his democratic rights. All he did was express his view on the streets of the capital about the change to the Egyptian Constitution, proposed by the government, to be validated through a most likely rigged referendum. I had the privilege to collaborate with Ahmed Badawi in setting up of NIMD Democracy Schools in Egypt after the days of hope in the spring of 2011. He was a central figure in the ‘Egyptian Democracy Academy’ (EDA), one of NIMD’s partners in Egypt, which has been instrumental in developing and furthering the NIMD programme there.

I understand that Ahmed Badawi is now in solitary confinement, he is forbidden to have visits and he is suffering from malnutrition. What can we do? Convene in Tunis, yes, but also spread the word about this Egyptian hero who is suffering, also for us. God bless Ahmed Badawi. This is what this conference in Tunis is all about.

It just goes to show

Cases like Ahmed Badawi’s are why NIMD’s projects matter, if we hope to save future generations from such hardship. Working with parties, institutions, and activists to push the balance in favour of democrats is a chance to make a lasting impact. Yet whether at home in Europe or on the other side of the world, there are anti-democratic forces actively working against our rights for a say in how things are run. These forces can act with brutality, and standing up to them can have dire consequences. The sooner we can ensure our rights are protected, both in the digital world and the real world, the better. RightsCon showed me that there is hope, and that we must take action now if we’re serious in our intentions.

So thank you RightsCon for giving me so much to think about, and thank you for showing me that cyberspace can be a vibrant and inclusive place for future generations of democrats.

As they say in Tunisia, shukran!

NIMD has issued a public statement in support of Mr. Badawi and we will be monitoring the situation closely. You can read our statement here.