Home > Where we work > Benin
Back to overview

Benin was long considered one of sub-Saharan Africa’s most stable democracies, and has enjoyed relative stability since the adoption of a new constitution in the early 1990s. But all democracies require long-term work and investment, and recent political reforms introduced by government has led to concerns about democratic backsliding in the country.

Politics in Benin has also traditionally revolved around personalities rather than politics, and as a result, opposition parties have historically been poorly managed and lacking in formal platforms, manifestos or membership structures. Powerful positions are often concentrated in the hands of elites, with little opportunities for people from underrepresented groups to become involved in politics, with particularly poor representation of women.

NIMD started working in Benin in 2012, with an overall aim of strengthening the democratic infrastructure through citizens’ engagement with parties, capacity strengthening for parliamentarians, and democracy education for young party members.

Women have traditionally struggled to enter politics in Benin and the country has one of the poorest gender parity records in sub-Saharan Africa, with women holding only 6% of the seats in the National Assembly in 2019. Barriers including gender stereotypes about the role of women in society, the cost of entering politics, and discrimination.

Because understanding the barriers to participation is a crucial first step in finding solutions, in 2021 NIMD teamed up with the Westminster Foundation of Democracy and Institut de Recherche Empirique en Économie Politique (IREEP) at the African School of Economics to produce a report on the Cost of Politics in Benin. That report showed that many women are excluded from entering and participating in politics because they cannot afford it. We offered recommendations for policy makers and the report been critical in raising awareness of the issue.

Understanding the needs and concerns of a population is crucial in the formulation of a political party’s policies. So to help strengthen political parties in Benin, NIMD has supported dialogue sessions between political parties, politicians, civil society groups, citizens, and their representatives.

We are also always striving to find innovative approaches, and in 2020, NIMD Benin launched a digital platform to bridge the gap between political parties and citizens and offer information about newly registered parties. The Political Party Portal provides parties with a space to communicate their programmes and key policies to the general population. The platform also brings citizens, political parties, and elected politicians closer by making official party texts and information related to elections available to the public.

In 2015, NIMD helped launch the Benin School of Politics, a series of three-day sessions with a specific subject, such as dialogue techniques, Benin’s socioeconomic history, decentralization, and political communication. Young people from across the political spectrum attended the sessions, with alumni also gathering for informal ‘café’ events to consolidate their networks.

While the Benin School of Politics has finished, the networks the schools helped create remain active today, with many alumni elected as municipal counsellors and taking part in public life in other forms.

In the past, NIMD has offered a range of specialized training sessions for political parties in relevant areas, for example workshops on developing manifestos that are responsive to citizens’ needs. In partnership with the EU, NIMD also provided parliamentary staff and MPs with training in areas such as legislation drafting and budget scrutiny. By supporting the legislative capacities of parties, NIMD helped MPs build laws and institutions that are both robust and ideally suited to their country’s specific needs. 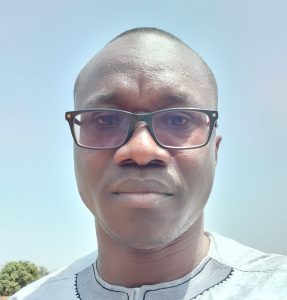 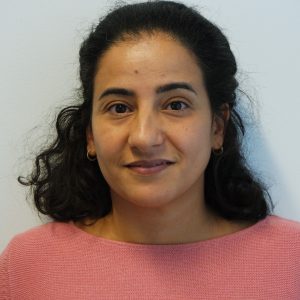 Salima Ahmadou
Programme & Knowledge Advisor, NIMD
Salima Ahmadou is the focal point in The Hague working with the Benin team.

The Dutch Ministry of Foreign Affairs and the Dutch Embassy in Benin support NIMD’s work in the country. Previous programmes have received funding from the European Union.