Home > News > No democracy without accountability: Presenting our newest partner in Kenya
Back to overview 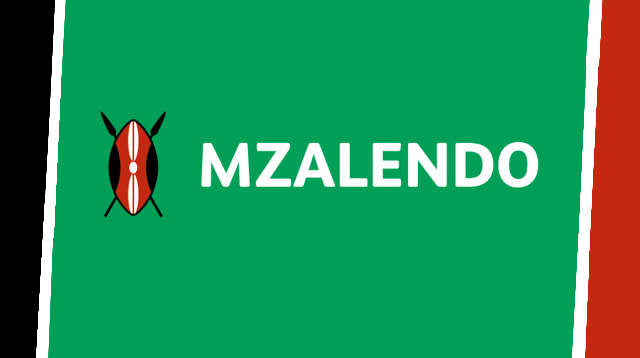 No democracy without accountability: Presenting our newest partner in Kenya

This year, NIMD has teamed up with Mzalendo, a Kenyan organization whose mission is to ‘keep an eye on the Kenyan parliament’. Mzalendo is a key partner for NIMD as we work to bridge the gap between the public and their representatives in politics in Kenya.

Today, Jessica Musila, Senior Advisor at Mzalendo, is speaking at the International Day of Democracy Conference in Brussels, entitled No Democracy without Accountability. Here’s what she has to share about accountability to Kenyan democracy and the importance of the work of Mzalendo, our new partner, there.

Kenya started its democratic journey over 55 years ago but its initial commitment to the good governance principle of “government for the people by the people” barely lasted six years before a push for amendments started.

The Executive and Legislature slowly hijacked control of the country from the people and focused Kenya’s development on their own needs rather than addressing the publics’ needs.

While the push for a responsive governance structure in Kenya bore fruit with the promulgation of a new Constitution in August 2010, entrenching a culture of accountability among elected leaders and the civil service remains a tall order. Mistrust of government and political establishments is at an-all-time high. Threats to human rights and the rule of law persist. Civic space keeps shrinking and attacks on media freedom are entrenched. Ensuring that leaders remain accessible to the public after their election is a challenge too.

Kenya faces all these political accountability challenges at a time when the country has a huge youth bulge comprising over 72% of the population.

Alive to the above mentioned realities, Mzalendo Trust, a Kenyan civil society organization and NIMD’s newest partner in Kenya, has leveraged on technology to open up information on parliamentary business to an ever younger population.

Information which is usually hard to access and understand is packaged into weekly blogs, newsletters and live tweets about the plenary business of both chambers. In election years, the organization’s repertoire includes information about election laws,voter registration, party primaries, candidate profiles and polling day checklists.

During parliamentary sessions, Mzalendo also makes the bills that are up for discussion more accessible to the public. The organization also educates the public about the law-making process and opportunities to engage individual MPs and house committees to ensure the public interests are taken into consideration.

However, Mzalendo recognizes that true accountability means that all voices should be heard in the political process. This means also reaching communities who do not have internet access. Mzalendo shares questions via text message with these communities, who often include women and youth. The texts summarize bills which are up for debate in Parliament.

To ensure that the public has information on what their MPs are doing in office, Mzalendo also publishes MPs’ profiles. These are shared in an open Hansard showcasing each individual member’s contribution to plenary debate in either the National Assembly or Senate. The data captured, is published annually as an MP performance report card, which highlights the highest and lowest performers. The MP performance report card usually dominates national news once released and pushes weak legislators to engage more in parliamentary business. In addition, the score card helps constituents to identify weak legislators to vote out during the next election in their region. We believe that, as American author Steve Covey once said: “Accountability breeds response-ability” of politicians and the public.

Despite all the work we are undertaking, Mzalendo recognizes that electing leaders of integrity in Kenya remains a challenge. This problem is exacerbated for women and youth, who tend to face more economic challenges and are not perceived as leaders in most Kenyan tribes. To highlight the parliamentary accomplishments of young MPs and women MPs, Mzalendo periodically undertakes and publishes research based on their Hansard entries. This is used to inform the public, Parliament, political parties, Electoral Commission, civil society and other actors about their work. The research helps to make a case for more of more members of these often marginalized groups in the political space, especially party nominations.

To echo Nelson Mandela: “An educated, enlightened and informed population is one of the surest ways of promoting the health of a democracy.”