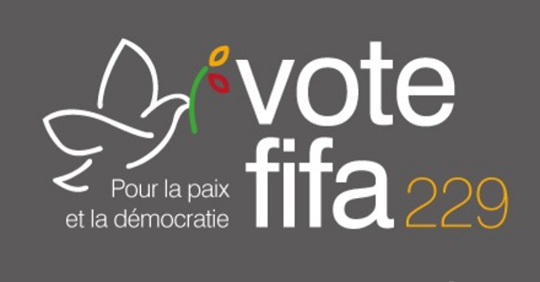 On 28 April 2019, Benin will go to the polls. These legislative elections are taking place in a unique context: that of the major reform to Benin’s party system.

In what was previously a crowded field of over 200 parties, major bills passed by Benin’s parliament in 2018 have cut the number of parties eligible to participate to around 10.

So, while everything is set to go for the elections, the reforms have led to tensions which threaten to undermine the democratic process.

Broadcasting a message of peace through our network

In this context, NIMD have brought together our network of young political leaders in Benin in a series of activities calling for fair, credible, inclusive and peaceful elections in the country.

Together, alumni from our Benin School of Politics and participants of our REACH for Democracy project are using social media to make their collective voice heard.

The campaign is called #VoteFifa229, a name based on the word for peace in the Fon language: fifa. #Votefifa229 aims to raise awareness among political parties of the importance of dialogue and good practices so that the upcoming elections can be peaceful and transparent.

As well as changing their profile photos to sport the campaign logo, the students and alumni are posting messages of peace and reconciliation across WhatsApp, LinkedIn and Facebook.

Looking towards the elections

The social media posts are just the first step in a series of actions by our network of young leaders to campaign for a peaceful elections. They also hope to play a role in election observation on the day, for example. In addition, they will mobilize other young political leaders around them to sign a Charter, committing to defend peace in their country.

By speaking with one voice, the young leaders hope to share their powerful message and democratic values, encouraging politicians and parties to act for the good of their country in the upcoming elections.