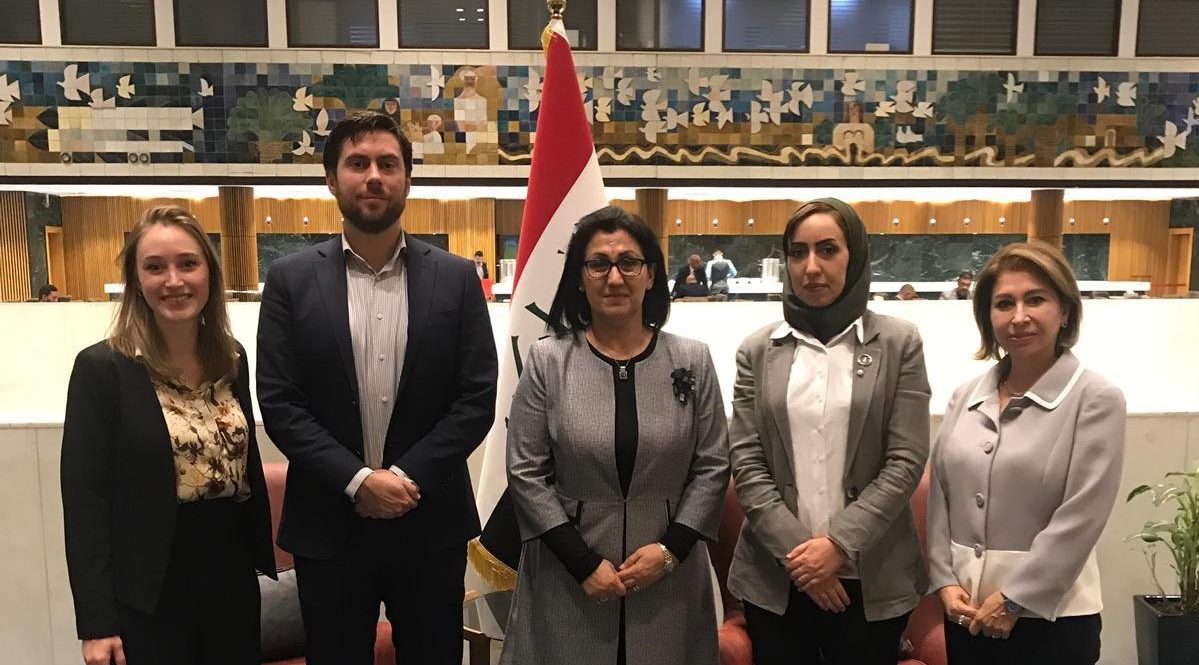 NIMD are proud to announce that we have just began work on our first project in Iraq. Working across parties and political groupings in the country, NIMD have been invited to help strengthen the political participation of Iraqi women and facilitate interparty dialogue for parliamentarians.

Ensuring the voices of women have parity with those of men is an essential aspect of ensuring that democracy thrives in Iraq, and we are looking forward to helping that positive change become a reality. We’re pleased to be able to bring the lessons learned by working with parliamentarians in Latin America, Europe, Africa, and Asia – as well as other parts of the Middle East – to the Iraqi political space.

The road to Baghdad

Democracy in Iraq is relatively new, with the first elections held in 2005. The country therefore still grapples with the legacy of violent conflict and the years of authoritarian rule that preceded it. Iraq is also home to many different groups of people, following different faiths and holding a wide variety of political views. Although there is widespread support for democracy in the country, political disenfranchisement and inequality is the norm for many.

This situation is particularly unfavourable to Iraqi women, who find themselves economically and politically underrepresented. In many cases, women face violence and intimidation for seeking elected office. For example, campaign posters of women were defaced, and smear campaigns of women allegedly in revealing clothes were spread online during the 2018 electoral campaign. In addition, many of the women that ran for office were selected because they are related to members of political parties, limiting their potential for genuine leadership.

In short, there is a need for dialogue between the different groups in the country to ensure that men and women are included in building Iraq’s future as equals. NIMD is keen to ensure this dialogue is established and made to last, as it will allow Iraq’s politicians to chart their own course for the future, based on the long-term wishes of their people.

To pave the ground for this dialogue, NIMD is first partnering with the Dutch Embassy in Iraq, as well as the Women’s Empowerment Organization (WEO), who are based in Erbil. Together we will work with roughly 30 men and women from different parties within the Iraqi parliament. These men and women will also represent Sunni, Shia, Kurdish, and Yazidi communities, all of whom call Iraq home.

This first project offers training to these 30 men and women on democratic skills and the role of gender in politics. Through intensive sessions and exchange visits, NIMD will give these MPs insights on inclusive policy-making methods and ways to broaden political participation. Once MPs have increased their knowledge of Iraq’s democratic institutions and how to give women an equal voice in government, it is our intention to facilitate dialogue on a wide range of issues between Iraq’s diverse political parties.

This visit was also an opportunity to conduct a Political Economy Analysis workshop, in partnership with the Clingendael Institute, which should serve as a basis for planning future NIMD interventions in Iraq.