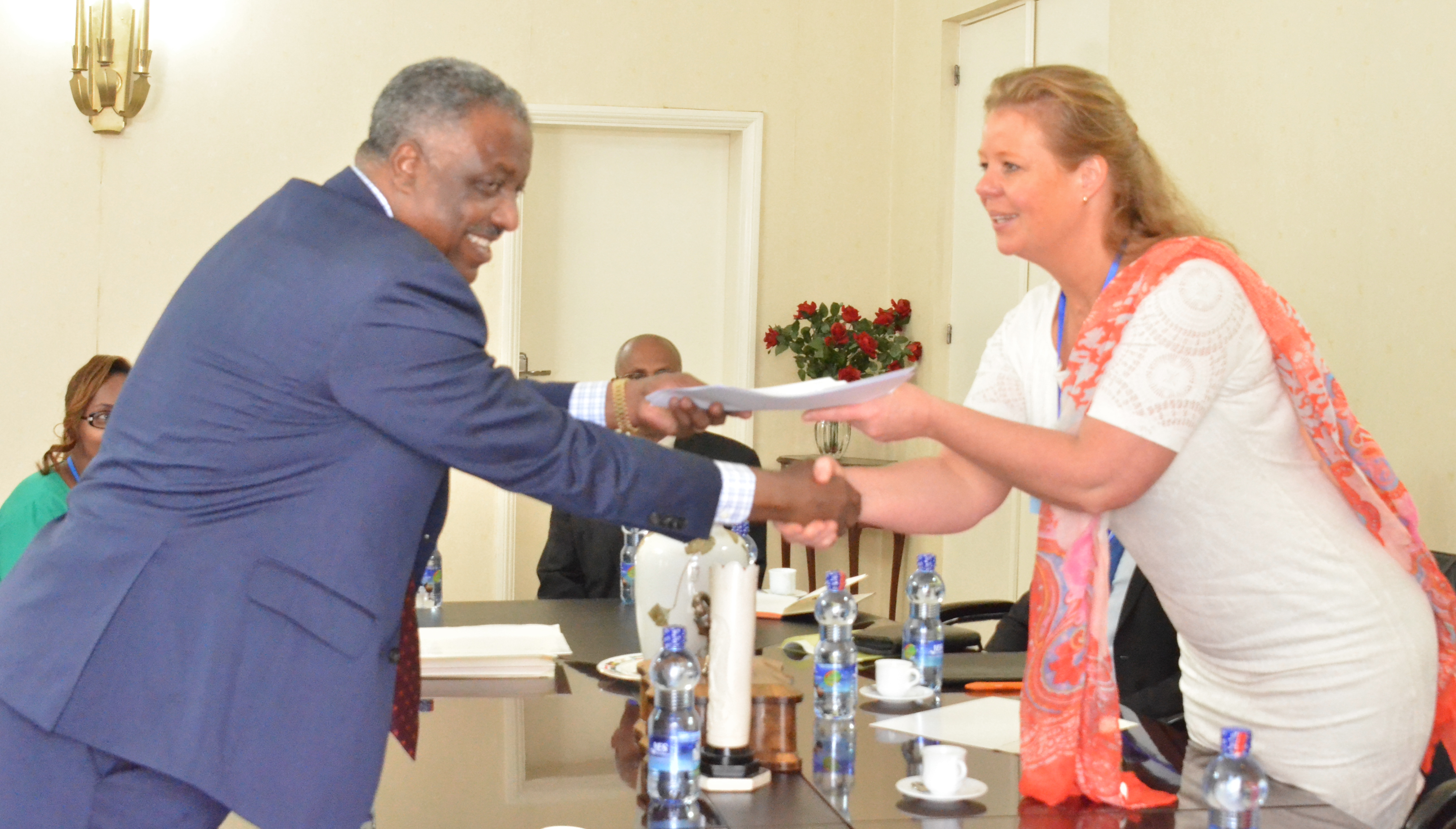 A delegation from NIMD and the Association of European Parliamentarians with Africa (AWEPA) travelled to Ethiopia to sign Memoranda of Understanding (MoUs) – a type of formal agreement outlining the terms and details of their collaboration in a new programme in Ethiopia, launched in January 2017.

The organizations signed MoUs with the House of Peoples’ Representatives and the Oromia Regional State Parliament, known as Caffee Oromia. These were the culmination of several months of consultation between the NIMD-AWEPA consortium and the two legislatures.

A third MoU, with the National Electoral Board of Ethiopia (NEBE), is in the final stages of completion and is expected to be signed soon.

The three agreements form part of a more comprehensive programme which, in the framework of the NIMD-AWEPA Strategic Partnership with the Netherlands Ministry of Foreign Affairs, will aim to contribute to the consolidation of democracy in Ethiopia.

The programme will be carried out in cooperation with the third partner in the Strategic Partnership in Ethiopia, the Netherlands Embassy in Addis, also represented in the signing ceremonies. The partners will work with both political parties and parliaments to build capacities and promote dialogue.

To this end, the partnership will work at two levels: national and regional. At the federal level, it will provide support to the House of People’s Representatives, NEBE, and Ethiopian political parties. At the regional level, it will provide support to regional legislatures and political parties. While the consortium is working with one regional parliament in the initial phase, it is hoped that the programme will expand to other regions in the future

The MoU with the House of People’s Representatives was signed on 25 January. The Speaker of the House, Hon. Abadula Gemada, thanked NIMD, AWEPA and the Embassy, and assured the organizations of the House’s continued support and cooperation in the spirit of partnership.

At the signing of the MoU with the Caffee, the Speaker of the House, Hon. Eshetu Dessie, noted that the Caffee still faces many institutional challenges and expressed hope that the programme would be able to help fill some of the capacity challenges.

At both signing ceremonies, Dutch MP and former State Secretary for Foreign Affairs Ben Knapen, in his capacity as advisor to the NIMD-AWEPA consortium, thanked each of the speakers and their staff for their warm reception, cooperation and willingness to partner with the consortium.

He assured them of the continued support of the consortium and expressed the anticipation felt by both organizations to begin working with their respective houses.