Home > News > Mozambique: Using dialogue in the fight against climate change
Back to overview 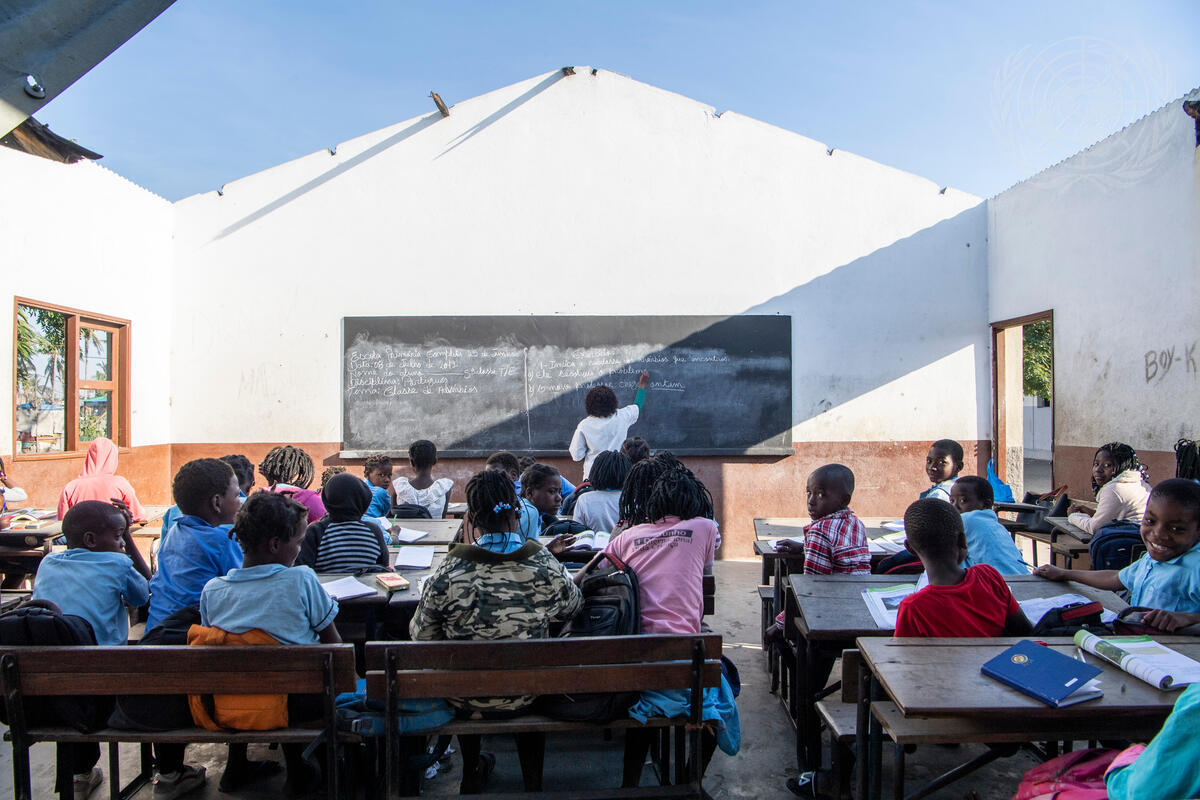 The recent COP26 Summit in Glasgow prompted debate about the role of democracy in the fight against climate change. Here, Hermenegildo Mulhovo, Executive Director of the Institute for Multiparty Democracy (IMD) and NIMD’s partner in Mozambique, argues that democracy is the only system that can meet the challenge.

In many ways, Planet Earth is the ultimate democratic project. Every person living on it has a stake in its future. Despite efforts to parcel off its land, impose borders in its seas, and divide its atmosphere into airspace, there is no doubt that the air we breathe and nature surrounding us are there for the benefit of everyone.

And yet, when world leaders gather at summits like the recent COP26 in Glasgow, the debate can seem distant, and it is difficult to feel we have a say in the discussions. This can be particularly frustrating for people facing the most severe effects of climate change, who often live in smaller or less developed nations, amplifying that feeling of powerlessness.

This sense of an immense global challenge requiring swift and radical measures has also caused some groups in society to question whether democratic procedures should apply. Perhaps, they suggest, the scale and the urgency of the situation warrants the suspension of some of the normal democratic processes.

But I believe the opposite is true: democracy is vital in the fight against climate change. Unless people feel they have been part of the process, and have a stake in the solutions, there is little hope of success.

In Mozambique, we had a jarring example a few years ago of the direct affect climate change can have on democracy. In March 2019, Cyclone Idai devastated swathes of the country. It was the strongest cyclone recorded in southern Africa, and Mozambique is now recognized as one of the countries most affected by extreme weather events linked to global warming.

Seven months after Cyclone Idai, we held a general election. The mass displacement of tens of thousands of people had thrown voter registration into disarray. Schools that were meant to be voting stations were destroyed or being used to house the displaced. This feeling of chaos created space for some political actors to manipulate the crisis, with reports of vote rigging and accusations of corruption and misappropriation of aid.

The elections went ahead, but many people felt the events leading up to the polls tainted their legitimacy, and this ill feeling casts a shadow over our democracy today.

Including everyone in the debate

Since then, our Institute for Multiparty Democracy, in partnership with NIMD, has made climate change and the environment a top priority in our work.

We have always strived to promote dialogue about standards in the extractive industries, but whereas in the past our focus was on governance and transparency, now we are turning to the environmental impact too.

On November 22, we gathered people from civil society, government, political parties, and the international community for a two-day conference on extractive industries. People from across political and civil society came together to debate the balance between exploiting resources and ensuring environmental sustainability.

Themes at the conference included the role of gender in extractive industries, and the importance of ensuring the benefits of resource exploitation were shared equitably.

“Democracy creates the space for consensus to happen, leading to meaningful decisions that have a long-lasting impact.” 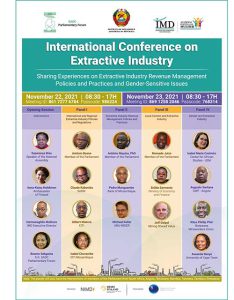 This inclusivity is key: if people feel excluded from the dialogue about climate change, they will feel no connection to the solutions.

For example, there are some old farming and fishing practices here in Mozambique that we now realize are harmful to the environment. Yet some families still practice them, because their livelihood depends on it. Turning up and simply telling people to stop would have little impact. Whenever you impose, no one has ownership.

By ensuring the participation of civil society groups in high-level discussions, we make sure the voice of everyone is heard.

It has to be an equal discussion where we find a common understanding about how can we protect nature together to ensure all our livelihoods in the future.

Democracy creates the space for this consensus to happen, leading to meaningful decisions that have a long-lasting impact.

Creating neutral platforms for these inclusive interactions between people, civil society organizations, and the government is key. In the past, it felt like there was a gap, with policy-makers on one side and civil society on the other, and any interactions were often confrontational. This does not achieve long-lasting results.

So we need to facilitate access between civil society and the decision-makers in a non-confrontational setting, so they can influence each other and work together. All political parties need to be part of this dialogue too, accepting that they must collaborate across party lines for the greater good.

This is echoed at a global level too. Many of the anti-democratic leaders we see around the world today argue for nationalistic, inward-looking policies. But we need global cooperation and multilateralism if we are to tackle the immense challenges we face.

So let us seize this moment, and re-commit to the values of inclusivity and democracy. Now is the time to be bold and brave, and defend and promote the only system that will help guide us all to a better future.