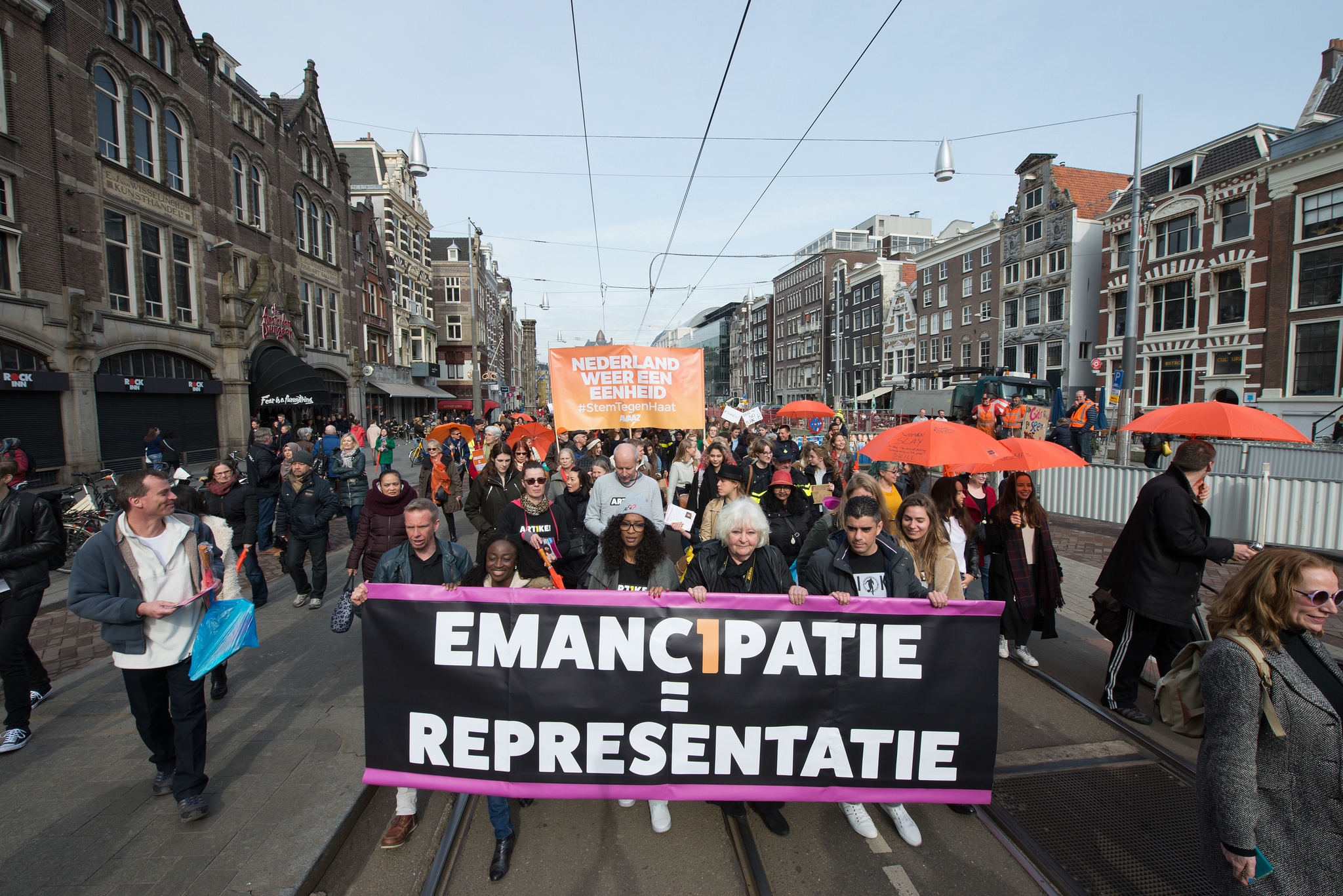 This International Women’s Day, people around the world are coming together to call for gender-balanced world. Through this year’s theme – #balanceforbetter – we are reminded that balance drives a better working world.

To celebrate, NIMD’s Knowledge Advisor Dalila Brosto asks “when it comes to politics, how does balance benefit us all?

On International Women’s Day 2019, we witness a global celebration around the world, highlighting women’s achievements and how they tenaciously continue to overcome political, economic and social challenges.

Unfortunately, around this time, we are also bombarded with reports, articles and blogs that highlight the long way we still have to go before we close the gender gap. Case in point: the World Economic Forum’s Global Political Empowerment index shows that just 18% of ministers and 24% of parliamentarians in the world are women.

Why is balance better?

Gender-balanced participation in politics is critical for the future of representative democracy and the sustainability of political systems across the world.

There is growing evidence that women improve political decision-making processes. Women demonstrate political leadership by working across party lines through parliamentary women’s caucuses – even in the most politically combative environments. And they are more likely to champion issues of gender equality, such as the elimination of gender-based violence, parental leave and childcare, pensions, gender-equality laws and electoral reform.

But that’s not all. The full exercise of women political rights has an empowering effect. Political participation enhances confidence and self-esteem and reflects on how women assert their other rights. In other words, it is often by exercising their civic and political rights that women become aware of their social, economic and cultural rights as well.

Because of this, stakeholders must commit to a challenging, long-term effort to get more women into politics. Quite simply, it will benefit society as a whole.

What can we do for a more balanced world?

It is time to address the underrepresentation of women in politics as an issue that prevents the representative democracies around the world from functioning well.

The barriers that prevent women from entering the political field are varied and have been discussed widely. They include the election system itself (women fare better under proportional representation than they do in first-past-the-post systems based on single-member districts); lack of access to financing; weaker professional networks; and outside responsibilities that make it harder to take on unpredictable working conditions.

These barriers are a global challenge, as recognized in the United Nation’s 17 Sustainable Development Goals (SDGs) for a better and more sustainable future.

At NIMD, we are convinced that this issue needs to be addressed from a global perspective that can be translated into domestic political agendas. That’s why we work across all our programmes to amplify women’s voices and empower them to pave the way into leadership.

We believe that tackling the barriers that block women’s access to power should not only focus on specific laws or policies, but also tackle the underlying, interconnected societal barriers that are buried deep within society.

These barriers relate to the social and political conditions of a patriarchal state, which does not accommodate for the “double burden” of public and private obligation which is often placed on women.

In this sense, we need to challenge the unwritten rules and practices that exclude women from participating in politics in the first place.

These rules perpetuate inequality at all levels of society. It’s not just about changing politics, but changing mindsets and creating inclusive cultures. That’s why we need to work at all levels in a culture if we really want to make a difference.

So, a balanced approach matters

Education, for example, is one of the most important means for making a difference. We can hope for a stronger women’s voice in politics if we first promote and improve education for women and girls. We need to change educational curriculums that perpetuate patriarchy and reproduce gender imbalance.

This example shows why real change depends on people and organizations working to promote inclusiveness across different sectors of society. Some will work in education, others in politics, others in health…but all as part of a wider goal.

By working together, we can create an overall cultural shift. Together, we can help knock down the patriarchal barriers that hold back women from politics. We can drive impact both in and outside Parliament.

At NIMD, we are working to create this cultural shift within politics itself. That means fostering an open and inclusive political culture through training and dialogue. Through our Democracy Schools, for example, we promote tolerance, human rights, diversity and mutual respect. We want politicians themselves to become the advocates of a gender-balanced world. In the end, a strong commitment to gender equality – providing women with the same opportunities for education, participation and power – is not only the right thing to do but it also has a positive impact on a country’s well-being.

No society can reach its potential if half of its population is being held back.  It is up to us, men and women, to make it happen.