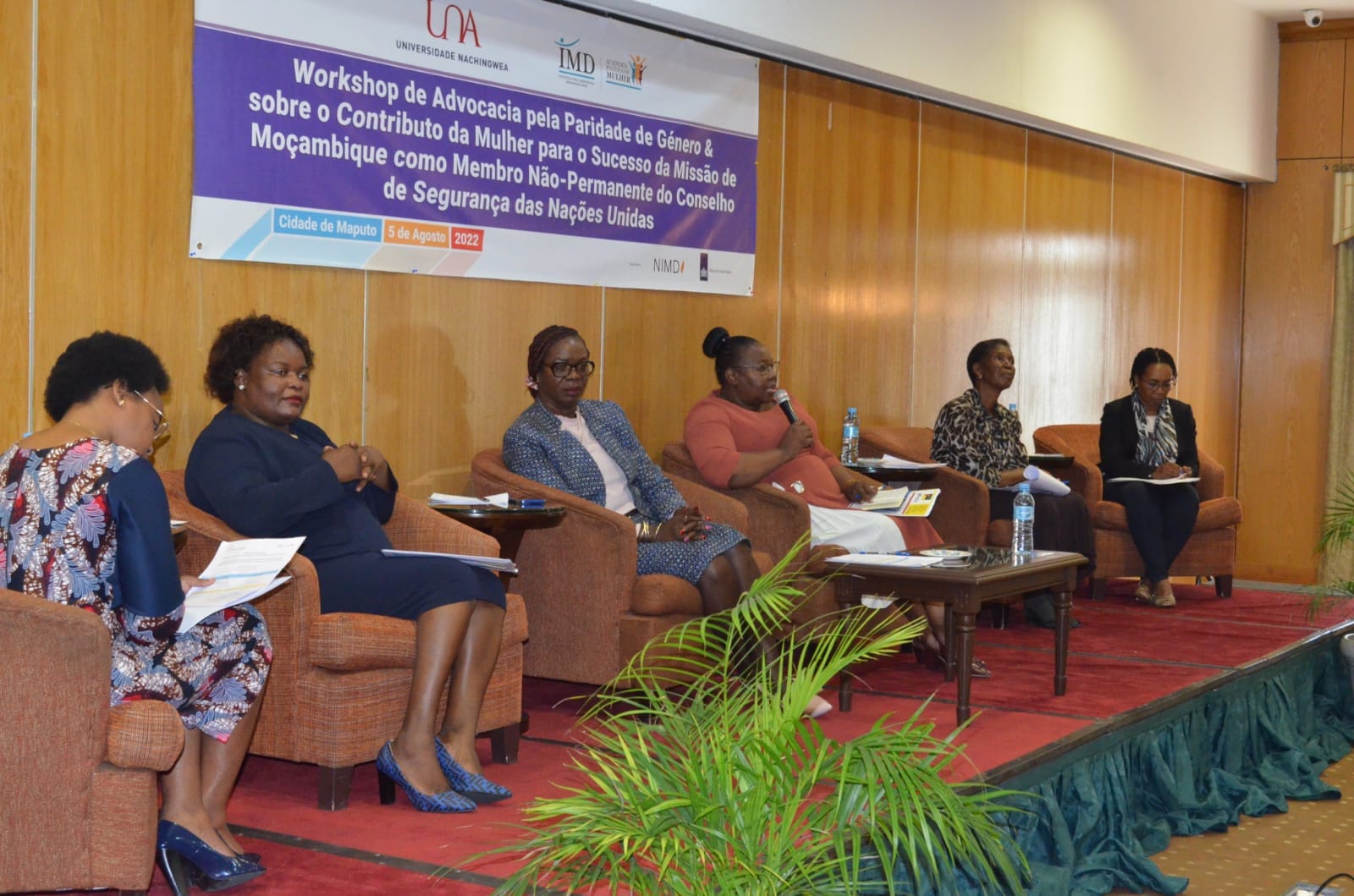 This International Democracy Day, we asked our partners and country offices from across the NIMD network to present a snapshot of inclusive democracy in their country. Here, Lorena Mazive, Programme Coordinator of our partner in Mozambique, the Institute for Multiparty Democracy (IMD), explores how our work together is enhancing and deepening women’s political participation.

At first glance, Mozambique seems like a beacon of equality when it comes to women’s political participation. 42% of seats in the National Assembly are held by women. And Mozambique is the third country in Africa to have 50% or more women in ministerial positions.

But when you start to look a bit deeper, the statistics hide a more worrying reality. There are big discrepancies within parties. The percentage of women in the National Assembly largely reflects the situation in the ruling party, but other parties lag behind. For  example, for the first time in the history of Mozambique, there is even a parliamentary party with no women.

The statistics also cover up other discrepancies. At the subnational level, the number of women represented in democratic institutions such as provincial and municipal assemblies is much lower. And this is accentuated further in more rural areas.

As you can imagine, and like in many countries, socio-cultural factors play a big role in these discrepancies. In Mozambique, some women don’t have access to the levels of educations and literacy needed to gain positions of power. And our society places disproportionate family obligations on the shoulders of many women, effectively shutting them out of the chance to participate in politics.

So we do not have an even playing field in Mozambique – far from it. We’re happy that progress has been made, and there are opportunities for women to hold leadership positions. But access to those opportunities depends very much on each woman’s circumstances. It depends on a women’s access to education, family expectations, level of politics, geographical location and political party.

How does IMD Mozambique work to make a difference?

We can see that inequality exists at different levels in Mozambique. And advocating for change requires time and investment at every level of the political system.

That’s why we have a multi-layered approach at IMD. We work directly with women to help them develop the knowledge, skills and networks to realize their political potential. We combine this training with lobbying and advocacy, because we cannot just bring people together – we must also give them the tools of empowerment.

Our activities include the IMD Women’s Political Academy, which follows the principles of NIMD Democracy Schools and welcomes more than 100 women each year from political parties and youth leagues. At the academies, the (aspiring) politicians share knowledge and skills, expand their networks, and build confidence through workshops, mentoring and targeted training.

The next step is ensuring that the barriers to equal participation are recognized and addressed.

We do this through dialogue. For example, we bring together representatives from the parties’ Women’s Leagues and Youth Leagues with civil society. They engage in regular multi-stakeholder dialogue sessions, where they aim to forge a common approach to increasing the representation of women and young people.

The results of this dialogue is then presented at dialogue sessions that IMD organizes for leaders of the political parties, creating a safe space for lobbying for legislative change.

I believe the IMD is uniquely placed to lead this kind of dialogue. It’s always been at the heart of what we do, and we have spent years fostering good relations based on trust with political parties and civil society.

What are the results so far?

Through all of this, we are excited to have contributed to concrete results. For example, a member of the Women’s Political Academy recently became the Secretary General of a party in Mozambique.

It is the first time in the country’s history that a political party has a woman as Secretary General.

The nomination is good for the party, which has traditionally been seen as male-dominated, but it also sends a message about the importance of valuing the participation of women. It signifies an understanding that women can participate equally and influence tangible changes within a party.

We hope that this advancement can be an example for other political parties that still do not give space to women in leadership roles.