Home > News > In an increasingly polarized world, we must not give up on democracy
Back to overview 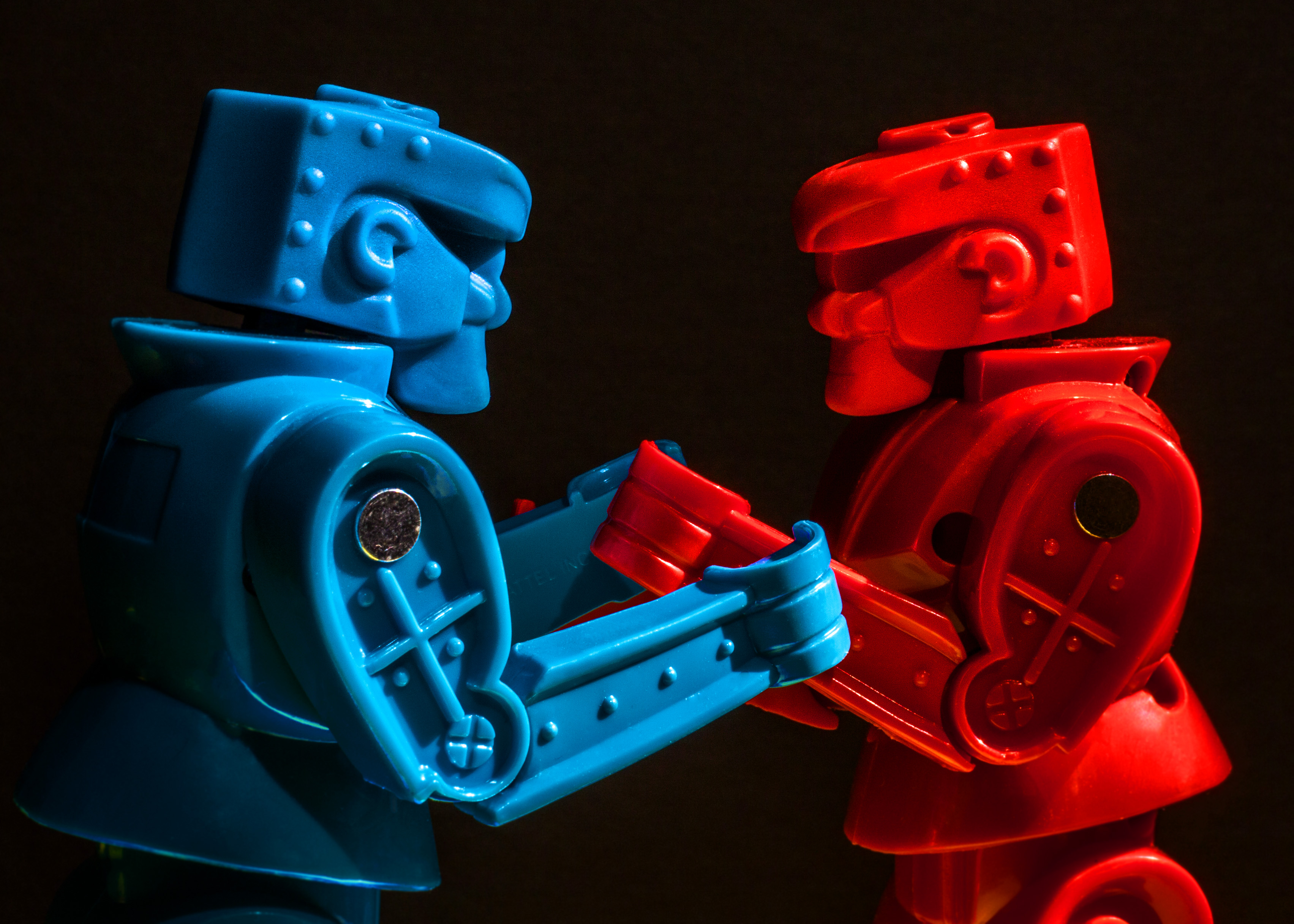 Photo: Robert Couse-Baker via Flickr
In an increasingly polarized world, we must not give up on democracy

This guest blog is written by Caroline Gaita, Executive Director of Mzalendo Trust. Mzalendo Trust is Kenya’s pioneer Parliamentary Monitoring Organization, and is NIMD’s partner in Kenya. Caroline is visiting NIMD HQ in The Hague to join Thomas Carothers and Professor Ingrid Van Biezen as a panelist at our event “The Global Spread of Political Polarization“, taking place today in The Hague.

“We ended the Cold War but did not provide an alternative. Nature abhors a vacuum and the level of political polarization we are currently experiencing is a symptom of political systems trying to align themselves.” These were remarks from a friend as we sat in the scorching sun last week, discussing the state of the world generally and our country – as most social gatherings are wont to. His remarks were not far-fetched.

The last few years have seen a shift from globalization and one world to an increasingly inward looking level of nationalism. From Trumpism and threats of impeachment, to Brexit, and to Kenya’s Building Bridges Initiative, democracy and party politics are facing an unprecedented level of uncertainty in an increasingly interconnected world. Inter- and intra-country polarization is on the rise. Previous levels of decorum, especially amongst political actors in the developed countries, have been replaced with bare-knuckle contests and choice words not previously seen in the last half century or so.

The negative effects of polarization cannot be overemphasized. We are increasingly seeing a rise in nationalistic tendencies that are fragmenting nations. The “Us vs Them” rhetoric, coached in party slogans, xenophobic attacks, ethnic clashes, inter- and intra-national conflicts, is all about excluding some segments of the community from the large cake that is national belonging.

In Kenya antagonism between major ethnic groups, fueled by feelings of exclusion and marginalization, were historically the main cause of polarization. However, we face new challenges today such as rising economic costs, a disenfranchised public that is apathetic towards the political class, and a burgeoning youth population that remains excluded from the work force. As I write this, the country is at the brink of another attempt at addressing years of exclusion of different groups through the Building Bridges Initiative. However, this has led to the emergence of new splinters in our society.

Political party stability, necessary for a thriving democracy, has been threatened by the Handshake, with different party members reading from different scripts. The Legislature – that is supposed to oversee the Executive – now seems to be beholden to it and in the process, abdicating its oversight role especially in the absence of a solid opposition. Social and political polarization on the basis of ethnic and economic divisions can only continue to widen as citizens feel more alienated from their government. And this reality is not particular to Kenya; across the continent and the world, similar challenges abound.

Why democrats must act on polarization

As global citizens, polarization should concern us. It is no secret that shrinking civic spaces, increasing attacks on journalists and media houses, and human rights abuses of marginalized communities have increased in parallel with polarization. For example, the 2019 report by the International Federation of Journalists show that 95 journalists were killed in 2018, more than in 2017. Modern cases of xenophobic attacks, migrants dying on voyages in search of greener pastures, and children being detained and separated from their parents are scenes reminiscent of a bygone era. Continued disregard for the rule of law is also fueling a mistrust of legal institutions, a development that spells danger to societal stability.

It is therefore vital that we reduce these newly constructed political, social, economic, and structural cleavages that continue to expose democracy to these vulnerabilities. Civil society organizations, the media, and national caucuses should also advocate for inclusive and participatory processes that leave no one behind in governance spaces. Strong and inclusive political parties, separation and independence of the different arms of government, and adherence to the rule of law will ensure that no single segment of society feels excluded. Globally, national party and legislative caucuses should adopt systems for bipartisan convergence on issues of national importance in their respective countries.

In the words of John Adams, the Second American President, we ought to remember that “democracy never lasts long. It soon wastes, exhausts and murders itself. There never was a democracy yet that did not commit suicide.” We must not be the generation under whose watch democracy commits suicide. The global future depends on it. We must not give up.

Caroline Gaita is Executive Director of Mzalendo Trust. Mzalendo (‘Patriot’ in Swahili) is a non-partisan project started in 2005 whose mission is to ‘keep an eye on the Kenyan parliament.’ Mzalendo Trust’s site seeks to promote greater public voice and enhance public participation in politics by providing relevant information about the National Assembly and Senate’s activities. Mzalendo is one of NIMD’s partners for our programme in Kenya. Find out more on the Mzalendo Trust website and by following Mzalendo Trust on Twitter.