Home > News > Identity politics: a zero-sum game?
Back to overview 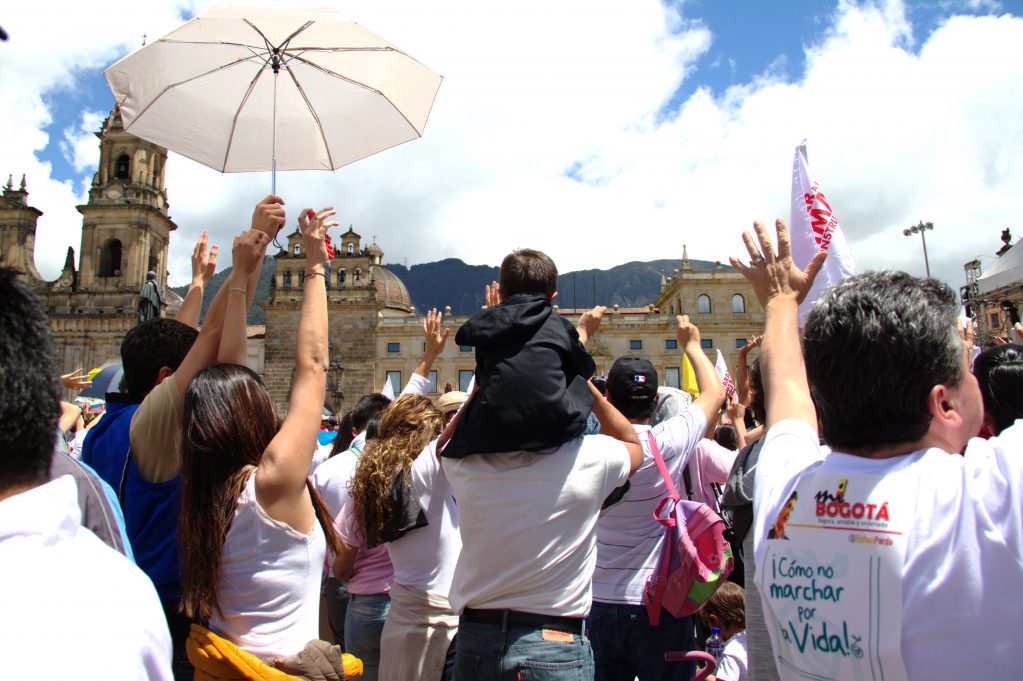 This blog is the first in a series of insights, through which NIMD Programme Manager Rob van Leeuwen reflects on common assumptions about democracy and democracy support.

One of the assumptions in our field of work is that advanced democracies have political parties that are programmatic. That means that they articulate and pursue a coherent set of positions on public policy issues. This should make them more accountable to voters and allow them to govern more effectively when in power. Within this model, a certain amount of compromise is possible if plans turn out not to be feasible or if a party is forced to work together with other parties with different positions.

This view reflects the historical development of European political parties since the nineteenth century as vehicles of certain ideologies. While the prominence of ideology has rapidly declined since the end of the Cold War, we continue to define parties based on their position on the political spectrum (left or right, progressive or conservative) and their stance regarding the major political issues of the day.

In our work as NIMD, programmatic parties and issue-based politics are contrasted with identity politics, in which political parties primarily represent certain ethnic, religious or sectarian groups. Identity politics are problematic because they tend to lead to zero-sum game conceptions of politics with little room for cooperation and compromise. We assume that identity politics are a characteristic of developing democracies, which they will leave behind when they progress to a more advanced state of democracy.

But, when we examine European political parties and the people who vote for them more closely, we quickly find that the divisions between them are deeper than differences of opinion on public policy issues. In the Netherlands, for example, parties tend to be defined primarily by their programmes and positions, but it’s easy to see that certain parties appeal more to certain age groups, rural or urban, highly- or less-educated voters.

Most of the urban, cosmopolitan, university educated people in my current social circle are naturally inclined to vote for progressive or liberal political parties. On the other hand, the people in the rural, religious circles where I grew up are more inclined to vote for conservative parties. Likewise, I have friends in the UK who are firmly pro-European while their parents are staunch Brexit supporters.

Our focus on party programmes and positions conceals the fact that underneath the surface there is a strong current of identity politics. A few demographic and socio-economic variables will go a long way towards predicting our voting preferences. We’re naturally inclined to vote for politicians who speak our language, make cultural references that we can relate to and reflect our norms and values. That means that the solutions they propose are not just based on rational considerations but also on cultural identities.

So what does this mean when it comes to bringing political parties together in dialogue – a process which lies at the heart of our work at NIMD?

Dialogue is often seen as a tool to work towards consensus. This drive to reconcile different interests and achieve consensus is clearly rooted in the Dutch identity of our organization (the so-called `polder model’). But when we examine Dutch political history more closely, we see that conflicts between different identity groups (‘pillars’) were not always resolved with consensus. Often it involved a negotiation about the relation between the state and society and the extent to which these groups were allowed to preserve their own cultural identities. The tension between the desire to achieve consensus and the need to accept differences remains to this day.

When identities are at stake, consensus is not always attainable. Cultural divides usually can’t be resolved with a compromise or a technocratic solution. The real test of tolerance is in our ability to accept different points of view even when they seem irrational or go against our most deeply held values and beliefs. This requires real dialogue: dialogue which is geared towards understanding and respecting each other, even when consensus is out of reach.