Home > News > From internal displacement to refugee advocate
Back to overview 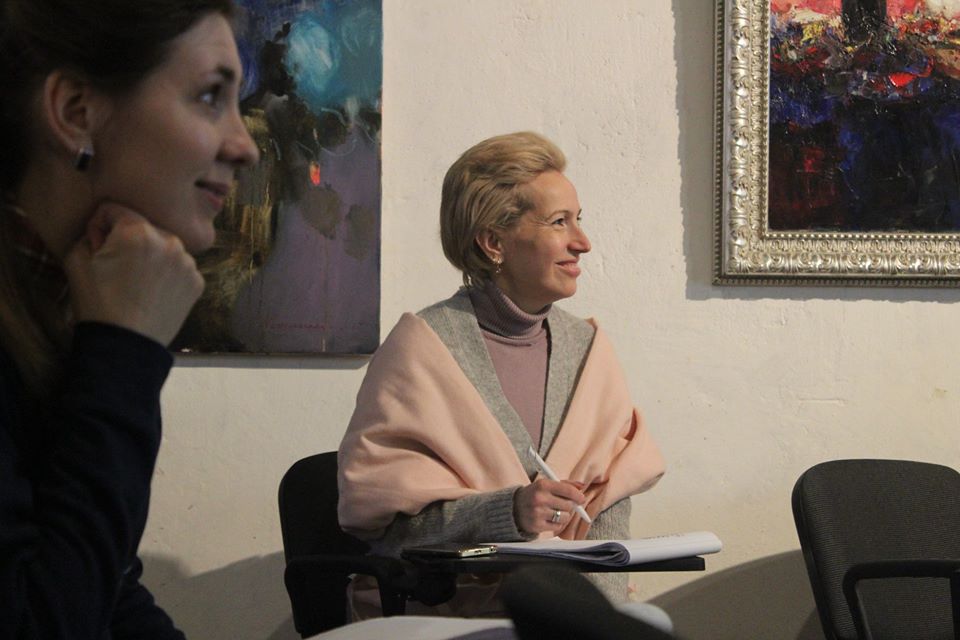 From internal displacement to refugee advocate

This weekend, parliamentary elections were held in Ukraine. It is an important vote, with the country still reeling from the Russian annexation of Crimea, conflict continuing in the East of the country and corruption remaining a serious problem. There is strong public demand for democratic reform, and there are campaigners and politicians who give hope for a more democratic future. One remarkable person we met at our Democracy School in Lviv is refugee rights campaigner Natalia Maryichuk. This is her story.

Natalia Maryichuk is a former student of the Democracy School in Lviv, Ukraine, which is managed by the Eastern European Centre for Multiparty Democracy (EECMD) with the support of NIMD. However, Natalia’s path to the Democracy School is not like that of an average student. Originally from Alchevsk, East Ukraine, her life was firmly connected with her native Donbas. There she completed her education and built a successful career – first in a large engineering venture and then as an entrepreneur and consultant.

The conflict in Donbas changed all of that. Natalia became an internally displaced person (IDP), forced to relocate, together with her family, to the western part of Ukraine after the 2014 annexation of Crimea and Russian-Ukrainian conflict. Her personal experience of being an internally displaced person, and the challenges she has faced, convinced her to turn to grassroots civic activism.

For Natalia, becoming an internally displaced person meant saying goodbye to family friends, closing her thriving business, and severing ties with the place she called home her entire life.

“When I settled in Lviv in 2014, more than 1300km away from my home town, I had to start my life anew. First, I needed to look for new opportunities; and for that I needed to learn new skills” says Natalia. Her experience following the forced relocation shows how life’s great challenges can bring opportunities and achievements.

After moving to Lviv, Natalia invested a lot of time and energy in her self-development to prepare for new opportunities. On her own initiative, she started a new family business in the field of agricultural hydroponics. However, an even greater change has occurred in her attitude towards engagement in political life.

Taking a stand for a new community

In 2015 Natalia became determined to help her fellow internally displaced Ukrainians: This led her to establish the Civic Movement of Donbas Refugees (CMDR), an NGO which she has chaired since 2016.

“The challenges that internally displaced persons like me face in an everyday life have brought together a group of like-minded people with a similar experience, who have ended up in the city of Lviv and the wider region” notes Natalia. “The idea was to join forces to help ourselves and other internally displaced persons in everyday matters, but most importantly make our voice heard in the local and regional communities.”

Taking on this responsibility turned out to be a demanding task, which also required new knowledge and specific skills. Natalia admits she had very little experience of involvement in civic and political activities at the time. So she started looking for an opportunity to acquire knowledge and tools which could help her lead and develop CMDR. “That is how I found the Democracy School in Lviv in the second half of 2017. And I was very lucky to have had such an opportunity!” she adds.

Through the Democracy School, Natalia took courses in both theoretical and practical political subjects, including human rights, fundraising, and advocacy methods. Natalia is convinced that her participation in the NIMD/EECMD Democracy School has changed how she looks at politics.

“The School has opened my eyes to many political problems and their possible solutions, like corruption and intolerance.” She emphasizes that while the more theory-based courses and discussions have enriched her understanding of the political system functioning on different levels, the more practical courses and trainings have empowered her with new important tools in her work as an NGO leader. The trainings during the regular classes and extracurricular events were perfectly equipped to meet the needs of an evolving civic activist and potential political leader.

“The opportunity to learn about channels of peaceful political influence and fundraising has shaped the principles and methods we apply for running our organization, and has improved our sense of strategic direction” she explains. She also found inspiration in the course on human rights, after which she placed the protection of rights of internally displaced persons a key pillar of the organization. Through advocacy networks built at the school, Natalia also joined the Lviv Reforms Council Coalition – a civic initiative for the coordination of democratic reforms in the Lviv region.

Since the end of her course in 2018, Natalia has stayed close to the School community, and continues to take part in its activities. Through this she continues to advocate for democratization, collaborating with both alumni and current students in their own projects.

Thanks to the Democracy School project, Natalia says she has also developed a deep sense of civic awareness and responsibility. She has strengthened her commitment to supporting internally displaced persons like herself, and making the public and political culture in Ukraine more democratic. By acting as a leader of change in her organization and local community, Natalia is participating in the wider democratic transformation of Ukraine.