The aim of this report is to evaluate the extent to which the intervention logic of NIMD’s Tanzania programme has been successfully applied and achieved. In turn, the evaluation will look to assess the current and future political context in Tanzania, and then make some key recommendations on how NIMD’s Tanzania programme might be adjusted in light of the programme evaluation and context assessment. In doing so, the report examines two partnership forms that constitute NIMD’s programme – namely NIMD’s bilateral partnerships with Tanzania’s political parties and NIMD’s partnership with the Tanzania Centre for Democracy (TCD). Whereas the former partnership engages in activities on an individual party basis, activities within the latter partnership are all conducted on a cross-party basis. 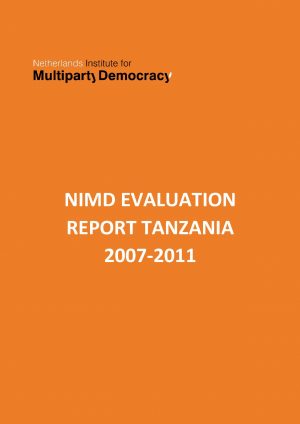