NIMD > News > EU Democracy Support in Review: The EU must put democracy first
Back to overview 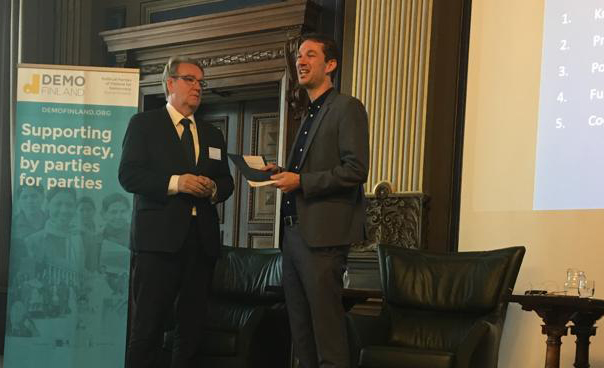 NIMD, alongside 14 other organizations in our field, has urged the EU to adopt a coherent policy which recognizes the importance of democracy around the world.

This appeal was made through the “EU Democracy Support in Review”, launched today by our partner, the European Partnership of Democracy (EPD).

What is the “EU Democracy Support in Review”?

The report reviews ten years of EU efforts in the field of democracy support, and contains five urgent recommendations for EU policy: 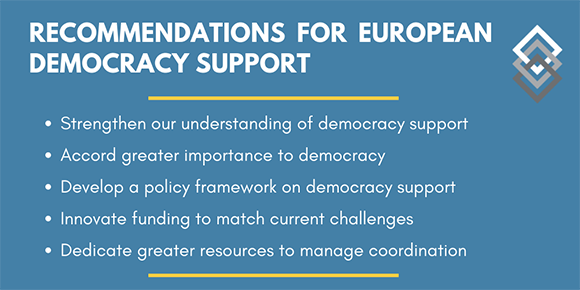 Through these objectives, the review calls on the EU to act on the need for strong stable democracies if we are to reduce poverty, ensure human rights and, meet the 17 Sustainable Development Goals set out by the UN.

That’s why we ask the EU to make a strong political statement, integrating democracy support as a fundamental part of its foreign policy rather than a simple principle of the Union.

As EPD members, we recognize that democracy is not a perfect political system. A weak democracy can be dominated by powerful interest groups, corruption, conflict or even overt violence. Today, these challenges are more real than ever.

However, true democracy is based on the foundations of inclusiveness, and embraces values such as accountability and peaceful dialogue. More than that, it gives people a real say; it means they are included in the important decisions in their country or communities, and can make their voices heard.

That’s why it offers us the greatest potential for achieving sustainable development, respect for human rights and long-term stability. And that is precisely why we need to act now.

Europe must be bold. The international system is changing before our eyes in a manner that is more rapid than ever before and the place of democratic politics looks less certain than a decade ago. We must recognise that supporting democracy is a political challenge – it will take concerted commitment and perseverance.

Once the EU recognizes these challenges and commits to make a change, it can become a major player in democracy support worldwide.

NIMD is proud to stand behind the “EU Democracy Support in Review”.

The review was launched today by EPD, a network of 15 democracy support organizations from across the EU (including NIMD). At an official ceremony in Helsinki, EPD presented the review to Rauno Merisaari, Ambassador for Human Rights and Democracy in the Finnish Ministry for Foreign Affairs. H.E. Merissaari received the document on behalf of the EU in the lead up to Finland’s upcoming EU presidency.