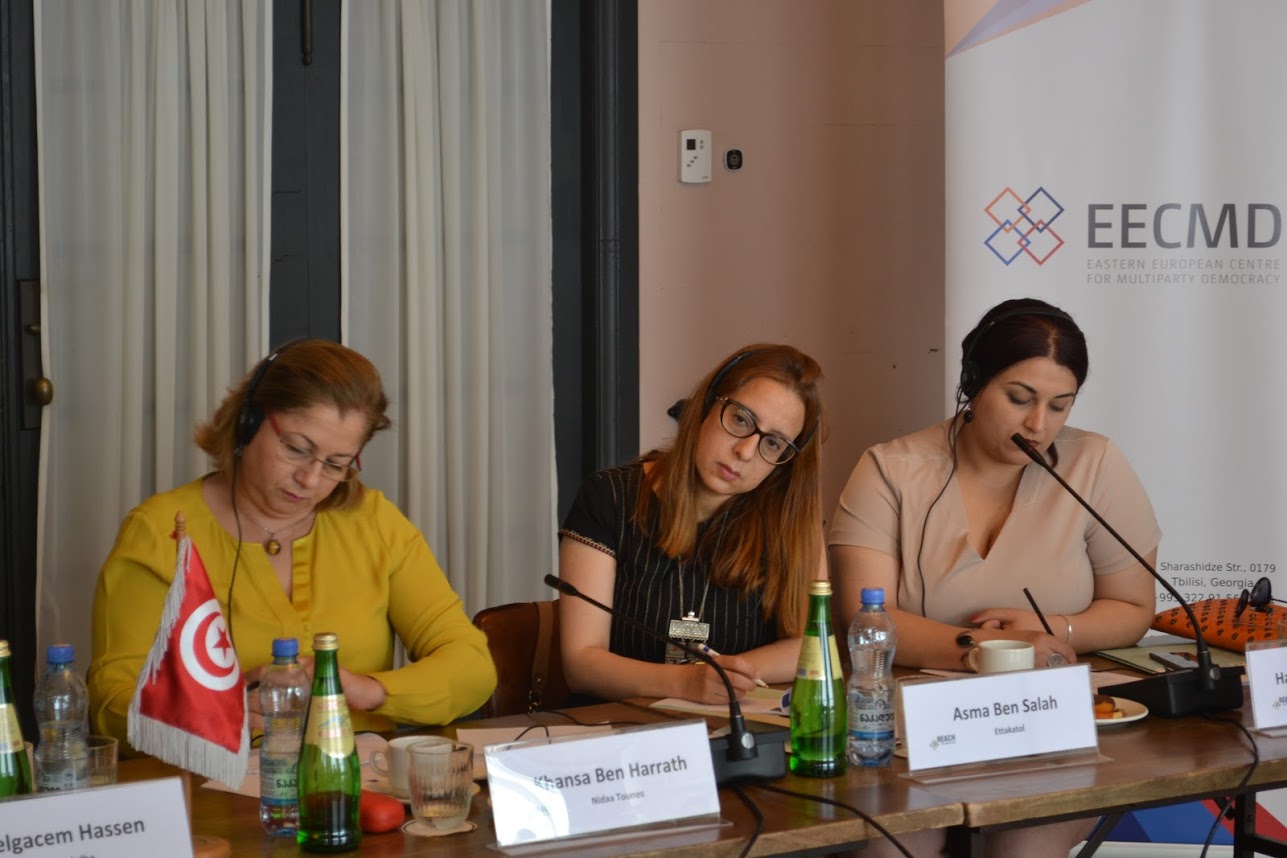 The visit was a chance for aspiring and established political actors to come together to share knowledge of the problems they’ve faced in furthering democracy in their respective countries. Both Tunisia and Georgia have highly unique political histories, making an exchange such as this both rare and fascinating. With peer-to-peer discussions such as this, politicians can learn more about the importance of context in guiding policies and reforms, as well as the community of activists around the world who are working tirelessly to bring democracy within reach.

The Tunisian delegation consisted of members of parties both inside and outside of the parliament, including MPs and representatives of Forum Démocratique pour le Travail et les Libertés (Ettakatol), Courant Démocratique, Machrouu Tounes, Ennahdha, Mouvement du Peuple, Nidaa Tounes, and Almoubedra. They were met by leading CSO representatives and opposition parties in Georgia.

As with any promising political exchange, participants were able to cover a whole host of subjects. This included elections and electoral system, the current challenges of implementing judicial reform, enhancing the participation of women and national minorities in politics, and ways to strengthen the protection of human rights. Being in Georgia with local MPs and activists also presented the Tunisian delegates with a unique chance to ask about Georgia’s unresolved conflicts and the details of the Russo-Georgian War of 2008.

As well as their exchanges with their Georgian counterparts, the Tunisian delegation was hosted at the Central Electoral Commission of Georgia (CEC). Tamar Zhvania, Head of the CEC, fielded questions from the Tunisian delegates and provided a detailed oversight of how Georgia administers elections, even producing a braille voter slip created for blind voters.

Exchange visits such as this are key to helping democracy thrive around the world. As is often the case in the business world and our personal lives, the challenges we experience are rarely unique to us alone; someone else has probably faced a similar problem, and may have knowledge that can help you overcome it. Being able to come together as peers helps us share knowledge of what works in democracy support, is vital to securing democracy not only in our own countries, but in those further afield.

This exchange visit was made possible through the programme ‘‘Regional Engagement to Advance the Creation of Hubs for Democracy’ (REACH for Democracy).