Home > News > Dialogue in peacebuilding: A learning visit from Mozambique to Colombia
Back to overview 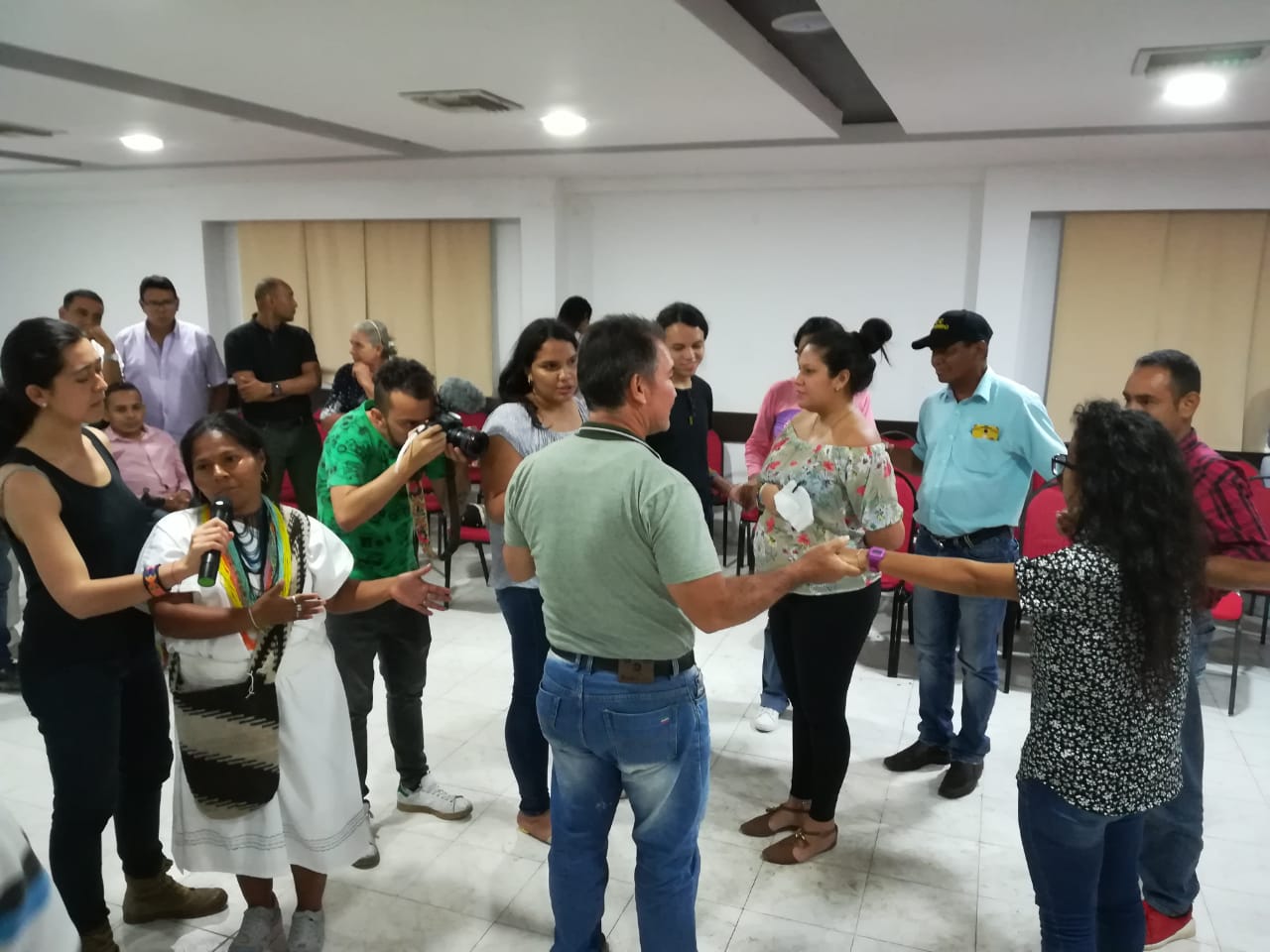 Dialogue in peacebuilding: A learning visit from Mozambique to Colombia

Through our work across the world, the NIMD network contains vast knowledge on how to promote democracy in different countries and contexts.

Mozambique Programme Manager Emiel Bijlmakers recently travelled to Colombia to see what learnings from the Peace Process are also relevant in the context of the new Peace Agreement in his programme country. Here’s what he learned.

As I step out of the jetway and into Bogota’s El Dorado airport, I quickly spot my colleague Gil Mulhovo, Director of NIMD’s partner organization IMD Mozambique. Our trip here has been a long time coming and we smile as we greet each other, both anxious to use the coming seven days to learn from the Colombian Peace Process, especially the experience surrounding the conversion of FARC from an armed movement to a civic political party. We will use what we learn from our trip to shape NIMD’s programme with political parties in Mozambique, in the new context of the new Mozambican Peace Agreement signed in August 2019.

I especially look forward to learning from different people that worked directly with the FARC to understand the incentives and difficulties they faced in converting an armed movement to a fully civic political party.

One of the similarities between Renamo, the former-rebel–group-turned-political-party in Mozambique, and the FARC is that, despite their political wing, they are both still struggling with an armed wing of the group intent on starting up an armed struggle again. We believe that NIMD and IMD can play a role in Renamo’s successful conversion to a fully civic political party by strengthening dialogue skills among the party’s leadership. These skills will help them keep their party on the peaceful path.

Comparing lessons from our work in Colombia and Mozambique

NIMD has been working on long-term programmes in both Colombia and Mozambique since 2010 and 2000 respectively. In Colombia, our work since the signing of the Peace Agreement in 2016 has focused on helping the country in its path towards lasting peace.

During our trip, our Colombian colleagues shared insights and lessons from their own work to promote peace, as well as organizing a number of meetings with other stakeholders in the process.

After a warm welcome to the NIMD Colombia office, we are flooded with information on the rich and complex ongoing Peace Process in the country. As the week speeds by, we speak to the many government institutions and civil society organizations tasked with making peace a reality in Colombia, a country with such a violent past.

Dialogue as the key to lasting peace

The more we learn, the more we hear a recurring message on the importance of dialogue in a peace process. Not only the obvious dialogue between the two antagonists – in Colombia’s case the FARC and the Government – but, beyond that, dialogue between the victims, the society in which the FARC needs to be integrated, wider society and the many institutions involved in the implementation of the Peace Agreement.

Despite the level of detail and effort put into the 310-page Agreement, implementation remains a challenge and requires constant dialogue. Through this dialogue, the parties involved can react to a changing reality and new insights gained from implementation. It’s a complex and broad ongoing effort that needs dialogue to bring people together to jointly find a way to make peace work.

In Mozambique on the other hand, the Peace Agreement is a relatively short document of about 15 pages negotiated between the President of the country and the President of Renamo. It is an example of a so-called elite pact between two people and thus not very inclusive. The document does not provide much detail on how the Agreement should be implemented and victims hardly feature in the document. If the Colombian process is problematic, I can only imagine what lies ahead for Mozambique with the limited guidance that the Peace Agreement provides!

Despite this big discrepancy between the two peace processes, we go home inspired and hopeful. The most important thing in Mozambique is that there is an agreement between the two parties, which shows a willingness to make peace work.

The Colombian trip has taught us is that dialogue is a potent tool to include more people in the Peace Process and smooth out the implementation of the Peace Agreement.

This lesson can be applied flexibly and there is room for civil society organizations to fill the void and ensure that dialogue will feature in the upcoming Peace Process. We need to work coherently with these organizations, and their work will complement our engagement with the political sector.

Through our long-term engagement in Mozambique, I believe that NIMD and IMD are well positioned to play a role in guiding the political parties through the Peace Process in Mozambique to an inclusive and sustainable society.