Home > News > Conference on Innovating Democracy
Back to overview 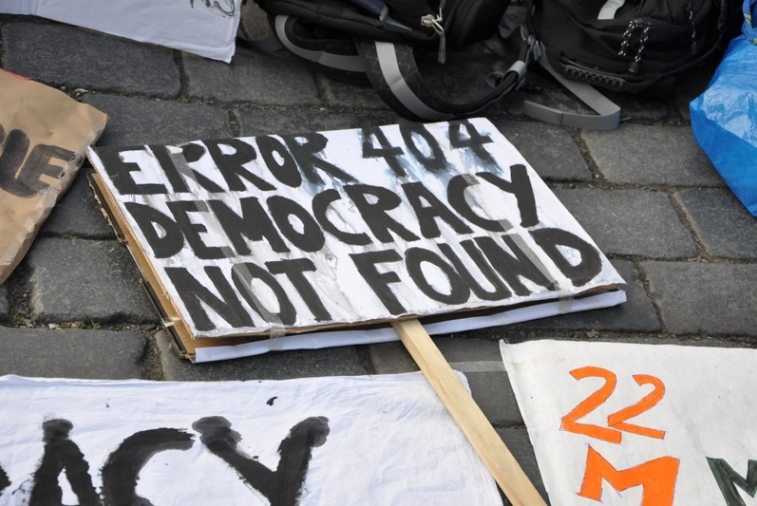 NIMD organized a conference on innovating democracy on 1 December in Pakhuis de Zwijger in Amsterdam.The day was packed with interactive workshops and inspiring speakers from different countries.

Examples from the field
Phenomena such as rising populism, deepening inequality, and disenfranchised citizens are questioning the future of democratic principles and institutions. This includes the role of political parties. Is there still a role for political parties in the 21st century?

NIMD’s workshop showcased two new political parties that are laboratories of political innovation: the Pirate Party from Iceland and the Partido de la Red (the Net Party) from Buenos Aires, Argentina. These parties have adapted themselves to the 21st century by taking a fundamentally changed relationship between politicians and citizens as a starting point. They see citizens as co-creators of public value, using modern technology to spread messages and influence outcomes in ways that until recently would have required the infrastructure of classical parties.

The Pirate Party was represented by the MP Thórhildur Sunna Ævarsdóttir. Felipe Muñoz represented the Partido de la Red. And Sam van der Staak of International IDEA (Stockholm) introduced the Digital Parties Portal which was launched recently. The workshop was moderated by Will Derks (NIMD).

Here you can read about the outcomes.

The conference was a collaboration between NIMD, the Socioneers, the Centre for Innovation of Leiden University, and Pakhuis de Zwijger, who facilitated workshops during the conference.