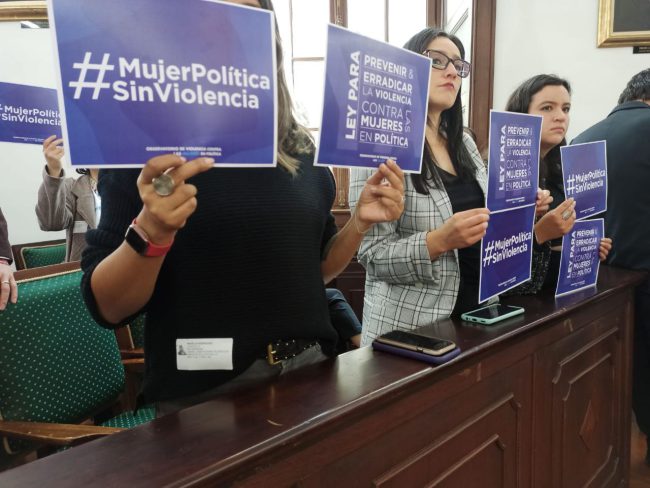 Colombia’s Observatory on Violence against Women in Politics

Every year, from 25 November to 10 December, the World celebrates the 16 Days of Action against Violence against Women and Girls. It’s a time to envision a brighter future free from violence for all women and girls, and step up our collective action to make that future a reality.

As part of this, NIMD is shining a spotlight on violence against women in politics.

Through our series of articles, we explore the crucial importance of creating an environment which supports and protects women in politics, and how we are striving towards that reality in Latin America.

Violence against women in Colombia

Women make up 51.2% of the country’s population and account for 51.6% of the electorate. Their participation and political representation are not only a question of rights, but also of justice and recognition of a population that has historically been underrepresented in politics.

The Observatory on Violence against Women in Politics

That’s why, in 2020, NIMD brought together a network of international cooperation experts to form the Observatory on Violence against Women in Politics. 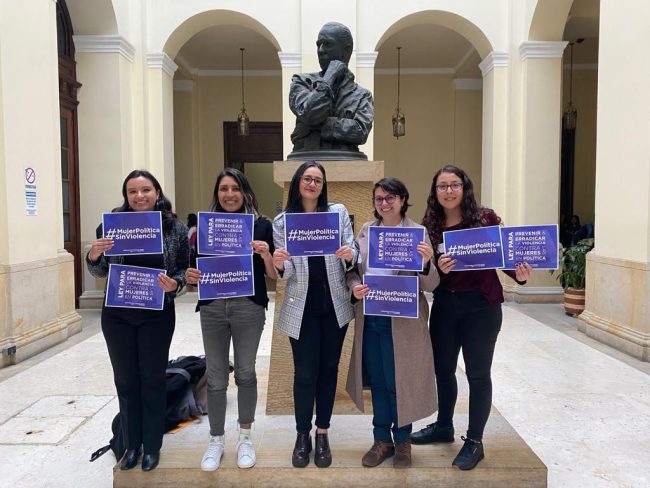 How does it work?

The Observatory disseminates information on the extent of violence that women face in politics. This includes research, reports, guides and protocols which it publishes online, alongside a compilation of laws, protocols and legislative advances in other Latin American countries.

The site also includes space for women in politics to report details of acts of violence they have faced. These are used to further enrich the data and reports.

Reliable and up-to-date information on the full extent and impact of violence against women in politics is crucial. Firstly, it raises awareness of an issue which is often underestimated and overlooked.

Secondly, the data can provide valuable input to politicians in their work to legislate around violence against women in politics. The data is fundamental for the development of a normative framework that rejects, prevents and punishes acts of violence.

What has it achieved?

The Observatory has been awarded an official role in shaping Public Policy on Gender Equity.

Colombia’s National Council for Political and Social Policy (Consejo Nacional de Política Económica y Social –CONPES), the highest national planning authority and the principal advisory body to the Colombian Government on socio-economic development, has asked the Observatory to conduct a series of studies.

The studies will track progress on eliminating violence against women and girls. And they will be conducted every two years until 2030. The Observatory will release its first study next year, as direct input for lawmakers. 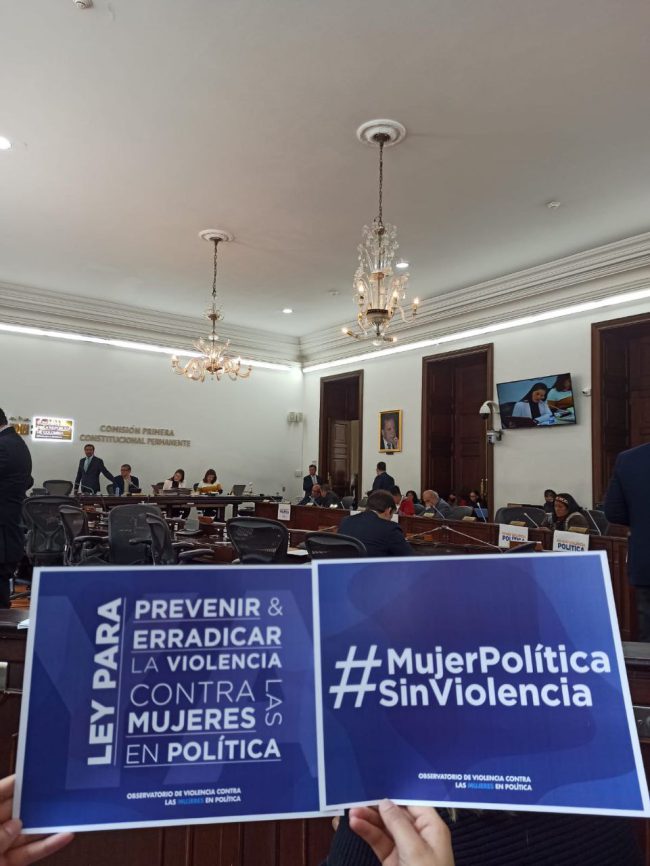 These are important first steps. In a country in which the majority of women in politics who have faced violence decided to keep silent, legislation has an important role to play. It can bring violence into the spotlight, and in providing recourse for victims of this violence.

The Observatory is part of the Colombian Women’s Observatory of the Presidential Council for Women’s Equity. It is coordinated by NIMD, and supported by the Colombian Ministry of the Interior, the National Electoral Council, UN Women, Mapp OAS, the District Women’s Secretariat, the Electoral Observation Mission, NDI, Transparency for Colombia and Karisma Foundation.