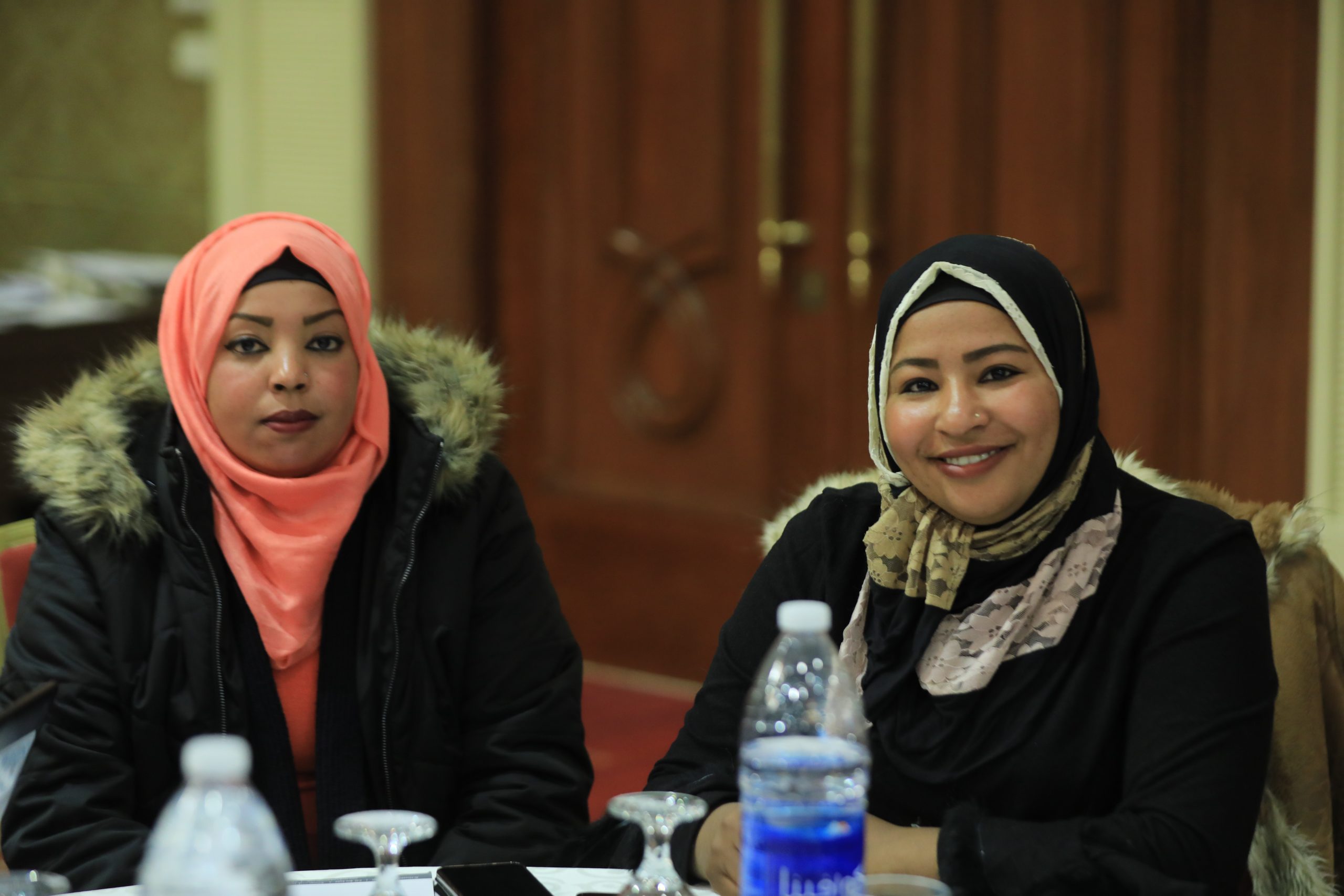 Abla Al Hajaya is a young aspiring politician and member of civil society from Al-Hissa in the Southern Badia, a remote and conservative county in Jordan. In 2017-18, she took part in NIMD’s first Young Political and Civic Actors training programme, where she and other young Jordanians honed their political skills and knowledge.

Based on the advances she made during the training, Abla decided to take part in the first round of NIMD’s Jordan School of Politics in 2019. The new skills she gained helped Abla to establish an NGO to provide better transportation solutions for women. The first of its kind in Jordan, the NGO aims to increase women’s economic participation.

Abla has always been a fierce advocate for the rights of women and girls in Jordan. Through her work with various organizations, she has led a campaign on the importance of family planning; lobbied to create a local maternity clinic in her county; and worked with Syrian refugees to re-engage girls in schools.

Her dedication to this work stems from her own past, and the recognition that she, too, has had to face many challenges to thrive in her career. According to Abla: “The area I live in has restrictions on women, who are expected to be housewives or be very careful in how they advocate their message about women empowerment and women’s role in public life.”

One common restriction that prevents women from working is a lack of access to transportation. Abla recalls the difficulty she has often faced during her career when work required her to commute, even within her own county. Indeed, Abla’s county is extremely remote. It is divided by a highway, with no pedestrian bridges, and many people have lost their lives as they cross from one side to the other.

Entering politics to make a difference

Far from holding her back, these challenges strengthened Abla’s dedication. Determined to find a wide-reaching platform where she could make a difference, Abla nominated herself for local municipal elections in 2013. She had limited financial resources but her family supported her as she ran an unconventional campaign, knocking on doors to communicate her message to voters. This was in contrast to traditional campaigning strategies, where candidates set up large social venues, spending lots of money to win voters. Her message focused on women empowerment and childcare. Abla was elected to become a member of the local municipal council, where she served until 2017.

Abla ran again for municipal council in the same year. She recounts that, when the results were announced, she believed had won. A few days later, she was surprised to be informed that she had not, contrary to the previous message. She considers her loss to be the result of deliberate manipulation of legal loopholes by influential powers who were uncomfortable with her progressive thinking.

Recognizing the many obstacles that still stood in her way, Abla decided to take part in NIMD’s Young Political and Civic Actors Trainee programme and, later, the Jordan School of Politics programme. She was driven by her motivation to learn, and was looking for a venue to express her views with her peers and connect with decision-makers.

When she attended her first session of the youth training, Abla was therefore excited to be surrounded by such a diverse group of young people. The training brought together people from different backgrounds and counties, and, most importantly, people who held different political and ideological beliefs.

Reflecting on her journey with NIMD, Abla values the opportunity it gave her to create new connections and friendships: “The participants provided rich and enlightening exchanges, often challenging me to see things in a different light. They definitely inspired me to learn and read more.”

In addition to the opportunity to network, the youth training and School of Politics also offered a comprehensive curriculum and a focus on personal development. Abla enjoyed gaining new knowledge through classes on political and democratic theory, electoral systems, political parties, constitutions and legislation. And she learned technical skills such as public speaking, critical thinking, and economy and political analysis.

With increased skills and deepened knowledge, Abla now feels motivated and equipped to make a greater impact on Jordanian politics.

“The programme enhanced my skills, especially when it comes to reaching out to the constituents in my district; it helped me to better prioritize what my county needs, and to connect youth and women in my district with decision makers and make their voices heard.”

Since the training, Abla has become more engaged with her political party, the Social Democratic Party, and is now considering running for elections in her area. In addition, her new network of young people has opened doors for Abla. She is now able to think along with her peers from other counties in Jordan, and come up with more ambitious projects together. For example, she is looking at ways to cooperate with the Ministry of Tourism to promote local tourism in her county.

However, Abla’s main passion is empowering other women to participate in economic and political life. Since the training, she has used her new public speaking skills to carry out workshops to raise awareness within her own county.

She has also teamed up with an associate to set up a local NGO called Raedat Al Hissa Al Tawonieh (Al Hissa Pioneers’ Coop for Women). The first of its kind in Jordan, the NGO focuses on improving transport for women.

Abla was pleased to count on her negotiation skills, honed through the NIMD training, to lobby the municipality, who dedicated a plot of land to the project. This allowed the NGO to create a public transportation hub. Abla was also successful in presenting the NGO’s work to UN Women, who donated a bus to the cause.

Abla hopes that Raedat Al Hissa Al Tawonieh will provide a sustainable solution to women who would otherwise be unable to travel, allowing them to make the most of new opportunities. She considers herself an example for all women who are disempowered by social restrictions and economic hardship. She believes that, with self-confidence, courage, and some practical support, they can go much further in their careers.