NIMD > News > Building peace through dialogue: Our story from Zimbabwe
Back to overview 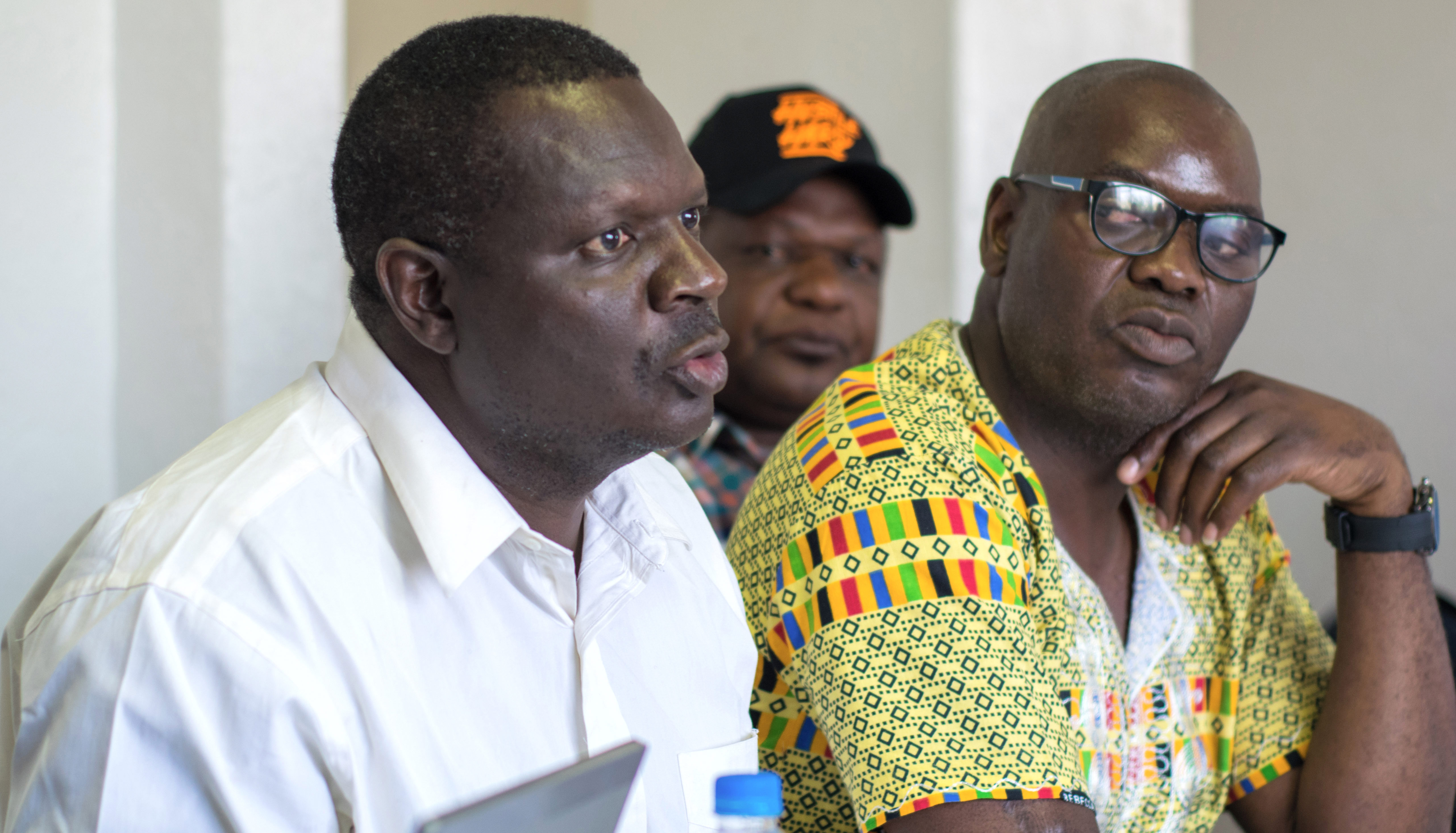 Story
Building peace through dialogue: Our story from Zimbabwe

2 October is International Day of Non-Violence, a day to reflect on how we can use peaceful methods to change the world for the better. At NIMD we have seen for ourselves dialogue being used as a catalyst for resolving conflict in a non-violent way. That’s why we’re looking back at the story of Kizito Kuchekwa, a ZANU-PF member in Zimbabwe who found that giving dialogue a chance can help change the system for the better. This story was first published in our 2017 Annual Report.

Kizito Kuchekwa is a long-time and dedicated member of ZANU-PF, the political party that liberated Zimbabwe from British colonial rule under the leadership of Robert Mugabe.

Kizito’s pain and hurt from this loss spurred his hatred for the colonial system. That’s when he got involved in ZANU-PF to support liberation.

Kizito rose quickly through the ranks of the party, soon reaching the national level where he has held several key portfolios. In his current position as Director in the Commissariat, he is responsible for membership recruitment and party structure.

It was as a fully trusted cadre of his party, with strong political convictions, that Kizito first engaged in interparty dialogue.

He became a member of the Zimbabwe Political Parties Dialogue, a platform which brings political parties together to discuss issues of national interest. This platform is supported by NIMD and our implementing partner, the Zimbabwe Institute, and its work is based on our principle of inclusiveness.

At its core is the conviction that real meaningful change can only be achieved by engaging with all three of Zimbabwe’s parliamentary parties, ZANU-PF – the ruling party – and the opposition parties MDC-T and MDC.

The platform brings together the Secretaries General of each of these parties to engage in dialogue with an equal voice. Each Secretary General is supported by technical staff from their party, known as political liaison officers.

Kizito was selected as the political liaison officer for ZANU-PF because of his impeccable track record in the party.

He testifies that participating in the dialogue programmes has changed his outlook. Looking back at when he first joined the interparty dialogue in 2009, he says he was intransigent, driven by party interest.

However, “the programme transforms you; models the way you perceive things – shapes what you see as right and wrong.”

This change in perspective came about slowly, as Kizito witnessed the power of dialogue in action time and again.

Most recently, Kizito observed how cooperation between parties can ensure that citizens have a voice in crucial elections.

The voter registration process for Zimbabwe’s 2018 elections started in October 2017. But, the process was interrupted soon after the voter registration centres opened, when political turbulence within the ZANU-PF caused the long-standing President Robert Mugabe to step down. This distracted the public from registering.

In past elections, the role of voters has been a major point of contention and a thorough registration process was essential to ensuring the legitimacy of the elections.

With the deadline fast approaching, few people had registered and both national and international criticism was rising. It was clearly in the interest of all the political parties to have a legitimate election with as many citizens as possible registered.

But the Zimbabwe Electoral Commission was not keen on extending the process since this would disrupt their plans.

Kizito, together with his fellow liaison offers from the opposition parties, prepared several meetings between the parties’ Secretaries General. Together they came up with a common lobby position to try to extend the voter registration period.

Drawing on their common ground, the parties were able to convince the Zimbabwe Electoral Commission to extend the deadline from 10 January to 8 February 2018.

Developing as a democrat

A process such as developing a joint lobby position means constantly engaging with liaisons from other parties. This type of contact, and the feeling of working on a common goal, slowly builds interpersonal cross-party
relationships.

Kizito chuckles and admits: “Soon I found myself borrowing money from my colleagues, attending their [family] funerals and visiting their families. […] I came to realize that, despite our party differences, we had the same anxieties; the same aspirations; the same wishes. They were human – not the monsters I had grown up to know them as.”

Looking back at his involvement in the dialogue process, Kizito reflects on how he has developed as a person: “As youth leader of ZANU-PF in Harare, which was the stronghold of the MDC, I had witnessed violent clashes between youth. I had seen some of our young people with axe wounds and broken bones…a close friend of mine had been shot dead in Mbare. So I came into the dialogue process with a view that I was going to engage the enemy and I had to be under full guard to defend my party.”

Although he is still convinced that he has a duty to defend his party position as a liaison officer, Kizito now realizes that engagement and dialogue, rather than confrontation with the opposition, is the best route to national development.

He actively tries to find ways to help other members of ZANU-PF, many of who have not had the privilege of the human lessons the programme has afforded him, to give cooperation and dialogue a chance.

More articles
Looking back: Our Strategic Partnership on Dialogue and Dissent
Read more
News
Highlights From MySoP’s ‘How to be a Great MP’ Forum
Read more
News