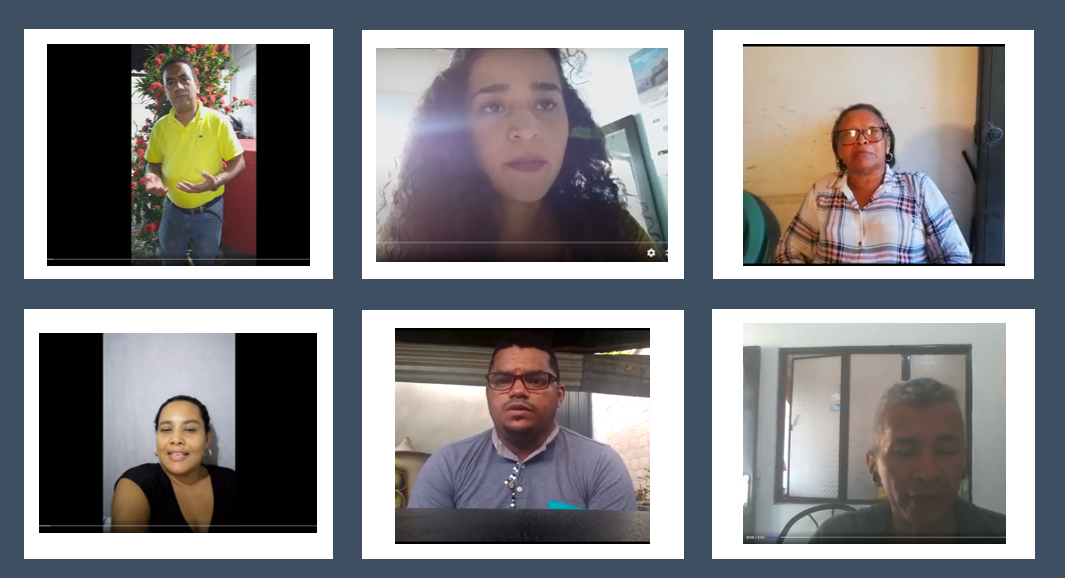 Bridging the gap between politics and society in Colombia

In Colombia, and many countries around the world, the COVID-19 pandemic has heightened the need for citizen oversight and involvement in politics.

Clearly, this is not only a health crisis. The virus has had many consequences across all aspects of society. The economic consequences – which are still to become clear – are already significant. And there has been a rise in unemployment, femicide, and violence towards political and social leaders.

The political consequences, in particular, cut deep into the values and structure of democracy in the country, with power concentrated in the hands of the President and Executive.

In this context, it is more important than ever that people are aware of what is happening in politics, and hold their politicians to account, at the local and national level.

Given effect that the crisis has had on democratic checks and balances, people must use their power to monitor and oversee the democratic processes around them. NIMD Colombia believes that citizen oversight is key to keeping democracy afloat during national (and international) emergencies.

That’s why NIMD Colombia has been working to build bridges between politics and society, by promoting citizen oversight and involvement in politics.

The alumni course on citizen oversight

NIMD Colombia has been running an online course for alumni of its Democracy School, to train them to use mechanisms available for citizen oversight.

The series of training sessions focus on how to use these mechanisms to monitor their local authorities’ response to the pandemic.  Through Facebook and WhatsApp, the course makes use of videos, lectures and interactive activities to train over 100 aspiring political and social leaders from across the country.

After receiving a conceptual background on the effects of COVID-19 in Colombia and the role of citizen oversight, the participants are tasked with a case study: they have to research the Coronavirus response in their local area and create a short video about it, which they post on social media.

The aim of the case study is to make the participants aware of how to gather information on their local authorities, and the citizen oversight mechanisms available to them to act on this information, including social media and petitions.

NIMD Colombia has also been working with the city council of Bogota – the country’s capital – to launch the Democracy Lab, or DemoLab

The DemoLab is a whole set of innovative practices, strategies and actions that the council will adopt in order to increase its transparency and involve citizens in policymaking. It’s about creating a dialogue between the population and their elected representatives, and making sure this dialogue is built on respect, openness and mutual listening.

The DemoLab initiative came from Bogota Council itself, who saw a clear need to strengthen trust in the institution among the general public. With support from NIMD, the Friedrich-Ebert-Stiftung en Colombia (FESCOL), Fundación Avina and Diseño Público, they set up the first political innovation laboratory for an elected institution in Colombia.

“The idea of ​​the lab was born from conversations on the need for trust and participation of the people on public policy issues.” Carlos Fernando Galán, Chair of Bogotá Council.

The first innovative strategy set up by Bogota Council was a conversation on the city’s development plan between councilors and citizens. With more than 580 people attending, the online conversation proved to be an interesting new way to build bridges between the council and the people. As well as informing the public on the plan, the council was able to collect valuable input from the participants.

This year, the DemoLab will also hold the country’s first Citizens’ Assembly, where 1000 citizens will come together to deliberate on key democratic issues.

Similarly, the lab is developing civic technology so that citizens can propose agendas, debates and collaborative projects to the Council.

But the DemoLab is not just about gathering input. Crucially, the Bogota Council is also working to become more open and transparent. NIMD is helping the Council to work on gender equality within its own structures and activities.

“DemoLab represents a commitment to transform the functioning of representative democracy, through innovative ways to ensure collaboration between citizens and councilors that really has an impact”. Daniel Botello, NIMD Colombia Programme Officer

In the coming months, NIMD will also lend a hand in developing a strategy for innovation and transparency in other public institutions.

Through initiatives such as the DemoLab and the citizen oversight course, NIMD Colombia is making strides to a more inclusive society, where people have the tools and opportunities they need to become involved in politics. And where politicians are held to account by the people around them.

Across many of our programmes, like in Colombia, we are helping politicians to find new ways to connect with their voters, and with their populations at large, and enter into a dialogue with them.