2015 was an important milestone for the Netherlands Institute for Multiparty Democracy (NIMD). It was the year we celebrated our 15th anniversary. Although the organization was established in 2000, the idea behind it was conceived in 1994 right after apartheid ended in South Africa. In a desire to support the new coalition government in South Africa, Dutch political parties who had years of experience working with a coalition extended their support.

Take a brief look at the last 15 years of the Netherlands Institute for Multiparty Democracy and the path ahead with Executive Director Hans Bruning. 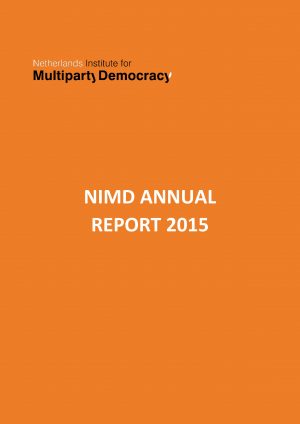