Early in December 2006, the new NIMD office was officially opened by the Dutch Minister for Development Cooperation, Mrs Agnes van Ardenne-van der Hoeven and by the Kenyan Minister for Local Government, Mr Musikari Kombo, on behalf of the NIMD partners. With this new facility, which is situated close to the Dutch parliament and, even more importantly, with the trust that has grown between our partners and ourselves, NIMD appears well equipped to take its challenging democracy support mandate forward at the beginning of the new four-year programme (from 1 January 2007). 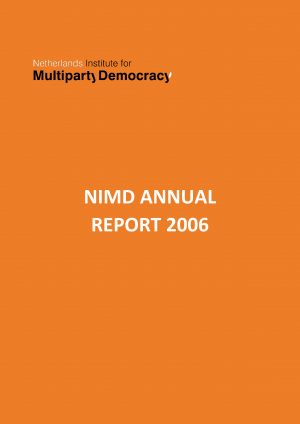