In 2003, many significant developments took place in programme countries. For example, in Guatemala, the 21 political parties concluded an 18-month dialogue process with an agreement about a comprehensive National Agenda that today forms the basis for the governing pact of the new government in Guatemala. In Tanzania, the leadership of all political parties engaged in a second national live TV and radio debate that aroused much political interest among the country’s inhabitants. The stakeholders in democracy in Zimbabwe prepared a transitional agenda with proposals for a future peaceful return to democracy. In Indonesia and Malawi the political parties prepared a code of conduct aimed at preventing violence during the elections scheduled for 2004. 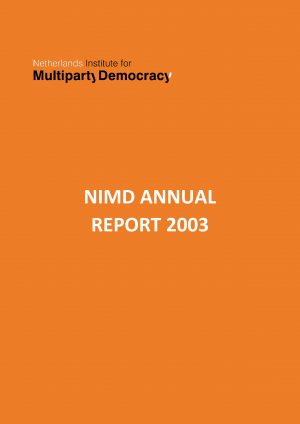