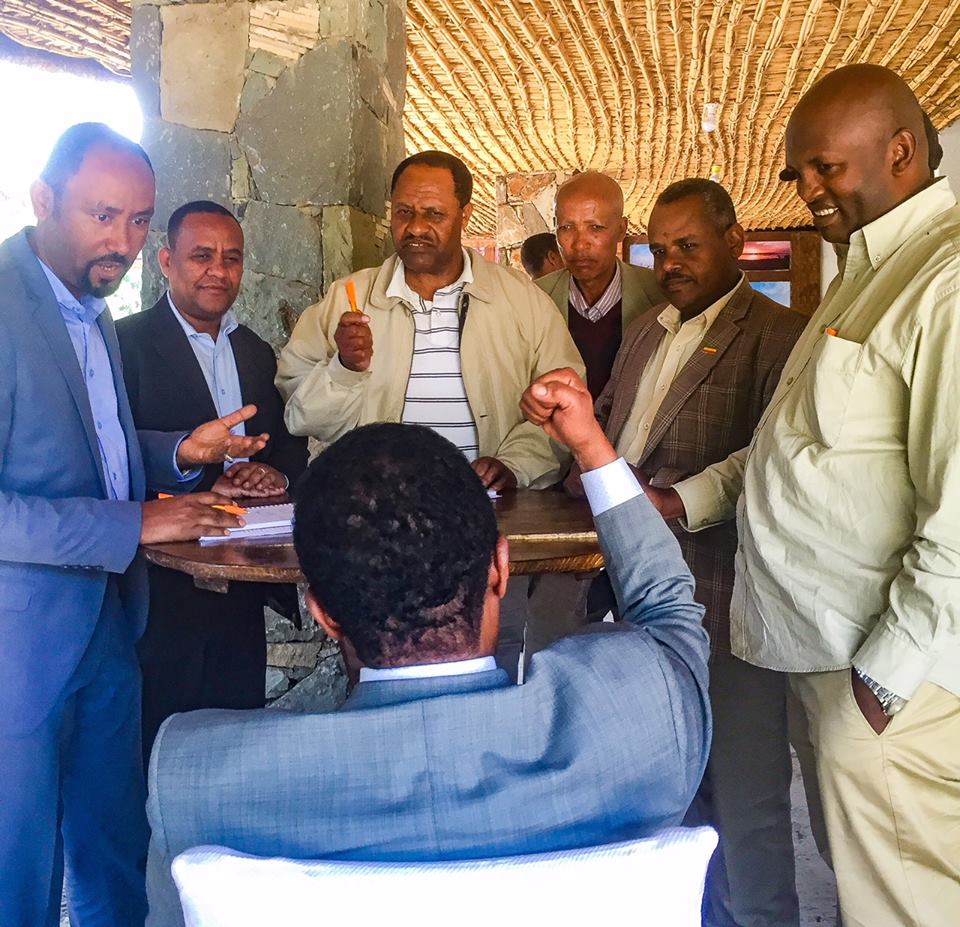 60 Ethiopian political parties come together for dialogue in Adama

NIMD, in conjunction with the National Electoral Board of Ethiopia (NEBE), provided training for more than 60 of the 70 registered political parties in Ethiopia, on dialogue and conflict resolution. The delegates were senior party representatives of both national and regional parties and included members of the governing EPRDF alliance as well opposition political parties. The training took place in Adama from 27-28 August and again from 30-31 August 2018. This was the first of many activities planned for political parties after NIMD and NEBE signed a Memorandum of Understanding earlier this year.

For any nation to enjoy sustainable development, a political culture that harnesses dialogue between opposing sides is key. It allows disagreements to be resolved openly, encourages peaceful compromise and prevents any escalation into adversarial politics. This in turn helps governments be efficient representative bodies with whom citizens be open about both their aspirations for the country. By uniting so many of Ethiopia’s parties through dialogue, the path to sustainable development is clearer for all to see.

The chair of NEBE, Ambassador Samia Gutu, opened the proceedings for the first round of training and underlined the importance of political parties enhancing their capacity to resolve conflict and engage in dialogue at this exciting and critical juncture in the country’s history. She further called for a closer partnership between NEBE and the political parties and asked them to elect four people from among their number to work with NEBE on suggestions for the reform of NEBE.

The trainer, Eugene van Kemenade, engaged the delegates in a lively and interactive training style that constantly required them to practice the concepts and techniques that they were learning. While the training provided techniques for conflict resolution, it also emphasised the primacy of dialogue over all other modalities in seeking to resolve conflict peacefully.

At the conclusion of the training, delegates were appreciative of the skills learned and expressed an interest in taking what they had learned to their parties in order to share the skills; they asked NIMD to hold such trainings regularly. They were also appreciative of the fact that the training had provided the space for the different political parties to meet and converse with each other.